The Vikings in Dublin: This book looks back on the history of the Nordic explorers in Ireland. 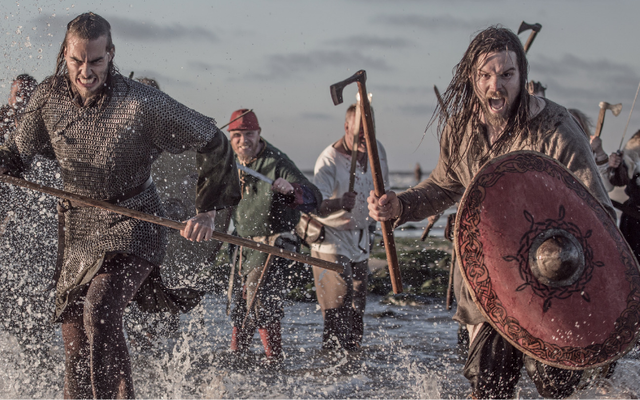 What is the story of the Vikings in Dublin? Getty

The Vikings built our capital city of Dublin or so it's said (some scholars insist it was actually founded by the native Irish sometime before the 7th century and was later simply expanded by the Vikings) but this Irish book "Dublin and the Viking World" tells the full story.

What's indisputable is that the Vikings quickly turned Dublin into a thriving, multicultural center of commerce that quickly became known across early medieval Europe.

Twenty thousand people marched through the capital to insist on the site's preservation as a national monument toward the end of that decade, however, it was eventually destroyed and replaced by Dublin's lamentable bunker-like Civic Offices, a tragedy for the nation that is still rued by many.

So the link to Dublin's Viking past is still alive even today and interestingly it's also still controversial. It's also fairly unique in Europe for its utterly enormous stock of preserved archeological and written records, a storehouse that the authors of this book clearly know inside out.

The story of Dublin in this book really begins in 1170 with the capture of the city by Anglo-Norman invaders allied to the King of Leinster, Diarmait Mac Murchada (may he live in infamy for being the first Irish man to invite the forefathers of the English to our shores).

Ireland's first fully functioning town, most of the Vikings who raided and traded in Dublin came from Norway, and they were the reason that the summer months began to be dreaded by the Irish. In 837 alone the records show, a fleet of 63 Viking ships appeared on the Boyne. Later that summer another fleet arrived on the Liffey, the crews making landfall and plundering churches and dwellings, according to the Annals of Ulster. 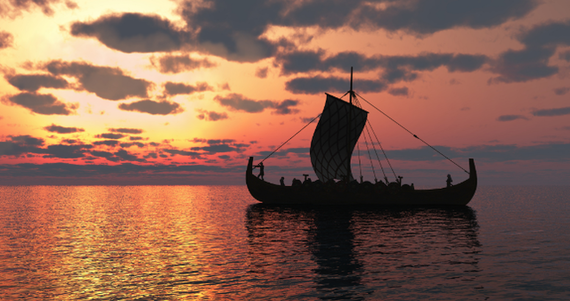 We fought back. In 921 the O'Neal king in the north, a man called Fergal, led an Irish party that wrecked a Viking vessel, killed the crew and took its bounty. But the Vikings campaigns continued all across Europe.

From early on it was an economic as well as military campaign. The Vikings sold slaves and silver and for a time Dublin hosted one of the largest slave markets in Europe (it may actually have been the largest). When King Mael Sechnaill II of Meath captured the city in 981 he is said to have freed large numbers of Irish hostages from all over the country.

It's important to note – and this book does – that Vikings were not colonizers in the more modern sense of the term. The truth is they were one part invader and one part farmer, and mostly home birds when all was said and done.

Before the Viking Age, most people in Ireland and Europe lived in self-sufficient worlds where towns were uncommon. But Dublin changed that. By the 10 century the city's remarkable trading power was reflected in the largest ever hoard ever found in western Europe – the so-called Cuerdale hoard, a leaden chest believed to have been the treasure of one of the Dublin elite families, who had been forced to flee the city in 902.

The 1300 pieces of silver and the 7000 newly minted foreign coins were thought to have been a lure for mercenaries who would have been tasked with the recapture of their lucrative Irish trading post. The horde itself was likely the result of monies earned from slave trading.

It's generally accepted that the Viking Age concluded around 1100 but their legacy has lived on, echoed in the place names of Nordic origin they left behind like Arklow, Strangford, Leixlip, Dalkey, Wicklow, and Waterford, etc.

"Dublin and the Viking World" is a richly illustrated, deeply learned and completely engrossing telling of the founding of modern Dublin as a place both apart - and at the heart - of the Irish story.

It's as comprehensive a telling as you would expect from such authorities, but it's also a terrific primer for the general reader, who wants to know how the city where rent is now even more expensive than Tokyo and Singapore got its start.