The Killing of a Sacred Deer is hotter than a firecracker right now, but the role he cherishes most is dad. 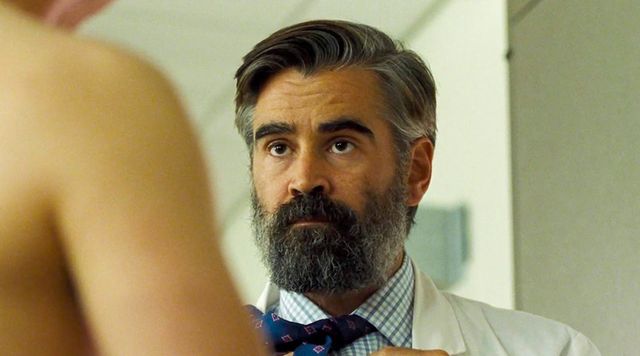 Colin Farrell in The Killing of a Sacred Deer.

Colin Farrell’s career is hotter than a firecracker right now, but the role he cherishes most is dad.

Farrell was at the Toronto International Film Festival over the weekend promoting his upcoming The Killing of a Sacred Deer in which he stars with Nicole Kidman, and he talked glowingly again about his nearly 14-year-old son James who was born with Angelman syndrome. The condition makes most everything hard for sufferers, including walking and sleeping.

Colin has been an advocate for families with Angelman kids, has helped with fundraising efforts. James, it’s clear, is the light of his life.

“People talk about the children taking the first step, it’s obviously a monumental moment and it’s been represented in film,” Farrell told People magazine at the festival.  “But to be told your child may never take the first step and then see those first steps is just kind of a different sport all together. When James took his first steps a couple weeks short of his fourth birthday, it was pretty amazing and humbling to see.”


The Killing of a Sacred Deer has garnered some pretty amazing reviews – some shocked ones too, with the New York Post calling it a “deeply f***ed-up fairy tale.  It also stars Irish up and comer Barry Keoghan, who had a big debut this summer in Dunkirk.

Dubliner Barry is a boxer, and he told The Hollywood Reporter in Toronto that he’s going to be fighting at the end of this month in Ireland. The match will be televised on Irish station TG4 he added, but Kidman, in the same interview, said she’s worried about her 24-year-old friend.

“My maternal instincts are like, don’t! I’m very worried about the hits to the head! I don’t want him to get hits to the head. We all have dreams and some of them can’t be realized. He will never listen to me,” she lamented.

Farrell, who was also in the same interview, approves of his fellow Dub’s move to the squared circle.  “He has a good bit of fight in him,” he said.