"When my son took his first steps after we heard he would never walk, it was an important lesson for us to never let others put limits on his abilities." 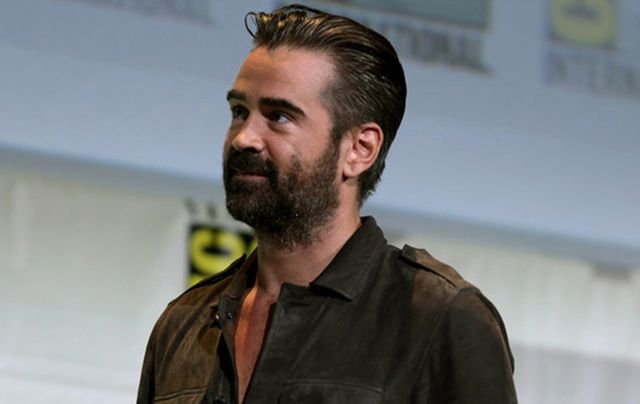 Colin Farrell leads a life full of glitz and glamour, but first and foremost he’s a dad to two sons.  His eldest, James, 13, has Angelman syndrome, a neuro-genetic disorder which has greatly slowed his development, and Colin has been an outspoken advocate since his birth for children with disabilities.

Last Thursday he spoke at an event in San Francisco hosted by Gatepath, which provides an array of services for special needs kids and adults.  Colin is a regular at these kinds of gatherings, and as always he spoke from the heart about his own experience of raising James.

"I learned early on that you can't let others put limitations on your child," Farrell said. "Your child will decide what his or her limitations will be."

Farrell and James’ mom, Kim Bordenave, were told that their child would likely never walk. But James proved the experts wrong, his proud dad recalled.

"Think about how important a child's first steps are in their development. When my son took his first steps after we heard he would never walk, it was an important lesson for us to never let others put limits on his abilities,” Farrell said.

In other Colin news, he’s certainly keeping busy on the career front. Last week it was announced that he’ll star in a new Amazon series about the old Iran Contra Affair during the Reagan White House years, playing the part of main player Oliver North.

The Hollywood papers also reported that Farrell is up for a lead part in Disney’s live action remake of the beloved Dumbo animated film.  Director Tim Burton is looking at Farrell to play Holt, the widowed father of two kids.  Eva Green and Danny DeVito have already signed on the dotted line.