Flight chaos post Ophelia in Ireland as no compensation given

Irish airports are beginning to return to normal after Storm Ophelia caused hundreds of flights to be canceled. 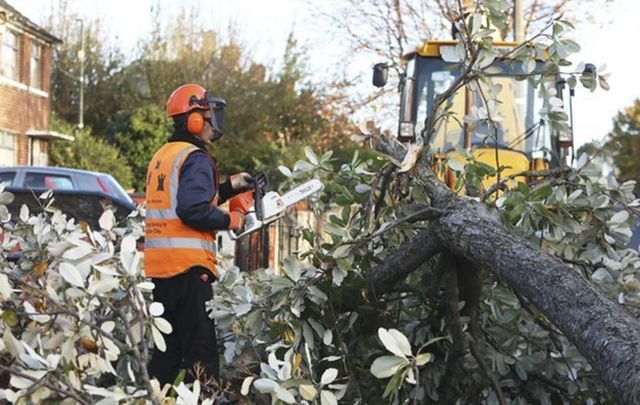 Irish passengers are warned to check with their airlines despite most airports running back on schedule after Storm Ophelia.

In general, between $294 and $706 (€250 and €600) is payable in compensation in Ireland when a flight is canceled or delayed. However, airlines are exempt from making these payments when the cancellation or delay is as a result of weather incompatible with the safe operation of a flight.

Airlines have refunded the cost of flights or rebooked passengers onto another service, however, according to passengers preferences.

Workers in Shannon Airport are said to have worked through the night to help airlines in clearing the backlog of delayed flights after Ophelia. Three transatlantic flights due to depart yesterday morning had left Shannon by 6 pm Monday night, while all other flights, including several diversions from Dublin, had left the airport by 3 am.

“Shannon Airport remained open throughout the day and experienced a number of flight cancellations and delays, but we are beginning to see a slow improvement in the weather conditions and are cautiously optimistic that the backlog of delayed flights will now begin to resume throughout the evening and tomorrow,” a spokesperson for the airport said Monday afternoon.

An empty College Green in Dublin as the city waited for Ophelia to hit. Image: Rolling News.

“The Aer Lingus London Heathrow flight EI385 landed at Shannon at 4.13pm and a number of transatlantic services with Aer Lingus and Norwegian Air, delayed from earlier today, have been rescheduled for tonight.”

Cork, Shannon, Dublin, and Belfast airports are continuing to advise passengers to check with airlines about the status of their flight before arriving at the airport, although a minimal amount of delays are being experienced today.

Strong winds are expected across NI tomo. Flights are scheduled to operate as normal but check with airline for latest flight info #Ophelia

Eight flights were canceled from Dublin this morning to destinations in the UK and Europe where Ophelia is still causing dangerous flying conditions, while Cork airport was forced to cancel three flights to London and Malaga, Spain, and experienced some minor delays to other destinations.

Yesterday Aer Lingus, Ryanair, British Airways, Air France, CityJet, Emirates, Qatar Airways, Luxair, and KLM all canceled flights between Dublin and both Europe and the Middle East. Within the airport, much of duty-free remained close to allow staff members to remain at home and car parking costs were waived for those whose flights had been canceled.

If you were stuck abroad due to #Ophelia you won't pay any extra in our car parks. Email Parkingdublin@daa.ie or call 01 944 0440. pic.twitter.com/EtCZesW5X0

Belfast City Airport, Belfast International, and City of Derry airport were also all hit, with Monday evening flights being canceled. Business is expected to run as normal today and throughout the remainder of the week.