Ireland sets about recovering as 245,000 left without electricity and massive national damage is assessed. 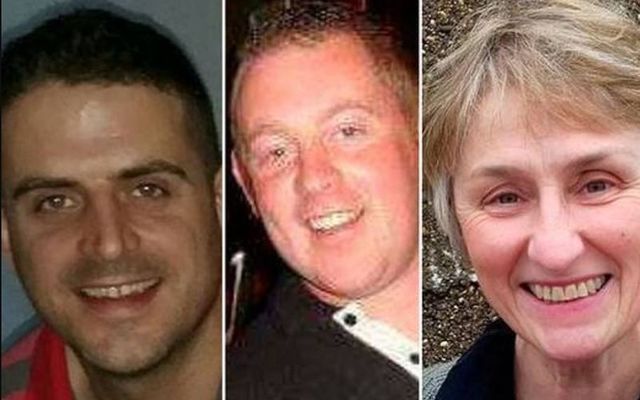 Ireland sets about recovering as 245,000 left without electricity and massive national damage is assessed

Ireland is mourning the three people who lost their lives in post-tropical storm Ophelia that hit Ireland on Monday and is beginning to assess the damage that has left hundreds of thousands of homes around the country without power.

Ireland’s meteorological service, Met Eireann, reported on Tuesday that there is another storm, Brian, due to hit Ireland on Friday but told the Irish Independent "at the moment, Storm Brian is nothing to worry about here in Ireland". Storm Brian will have a similarly low-pressure intensity to Ophelia with wind gusts of over 62mph off the Irish coast.

BREAKING: This is not good news. Currently developing for Friday/Sat. Similiar low pressure intensity as #Ophelia This is #StormBrian. pic.twitter.com/z0cjJKSe0T

On Monday morning ex-hurricane, a post-tropical storm Ophelia, his counties Kerry and Cork at 5am and cleared the north coast of Northern Ireland and Donegal by midnight. The total time Ophelia took to track the island was 19 hours. The highest gusts recorded were 118mph, tracked at Fastnet Lighthouse, off Cork while the heaviest rainfall was in Belmullet, in County Mayo, where rainfall of just under one inch was recorded.

Read more: As Storm Ophelia strikes a look at the worst storms in Ireland’s history

Ireland’s Taoiseach Leo Varadkar asked the Irish people to remain vigilant due to dangers such as live electrical wires.

He said “This is a national red alert it applies to all cities, all counties and all areas. Bear in mind that even after the storm has passed there will still be dangers.

“There will be trees on the ground, there will be power lines down and certainly we need to take care in that regard.”

Be careful on the roads this morning as trees down and debris on many routes. Reduce speed and exercise caution. #Ophelia

The storm claimed three lives – Clare O’Neill, Michael Pyke and Fintan Goss. Clare O’Neill, in her 50s, was driving to her mother near the village of Aglish, County Waterford when the branch of a tree plowed through the car’s window. The mother-of-one was killed instantly. She died just one kilometer from her home.

Her mother, who is in her 70s, was rushed to Waterford Regional Hospital where she was treated for non-life threatening injuries.

Michael Pyke, who was in his early 30s, was cutting a tree, which was blocking the road between Ballybrado and Cahir, in County Tipperary, at 12.30pm, when tragedy struck. Pyke was killed by one of the branches of the tree which he was tackling. A member of the public came across him shortly after the accident and notified the emergency services. Sadly, they found it hard to reach him due to the danger caused by other trees in the area and the horrendous conditions.

Pyke lived with his retired father, Tony, less than a mile from where the accident took place.

At 2.45pm, in Dundalk, County Louth, Storm Ophelia claimed its third victim. Fintan Goss (33) was killed when a falling tree smashed his car, at Ravendale. He was killed during his ten-minute drive home from work, having left early due to the storm.

Goss is survived by his wife and two children. The youngest is just a few weeks old.

Assessing the damage of Storm Ophelia

By 4 pm on Monday, 370,000 homes and business were without electricity and damage is being assessed as the country seeks to return to normal. Now just 245,000 are without power but it’s expected that some customers could have to wait up to 10 days for electricity to return.

It’s also suspected that up to 360,000 people could lose their water supply today and many customers could lose broadband, telephone and mobile services on Tuesday as repairs begin.

On Monday, in Cork, strong gusts of winds ripped roofs off of buildings, including Douglas Community School.

The winds also caused a stand at Cork City’s Turner’s Cross Stadium to collapse. However, despite the destruction caused by Ophelia, Cork City’s game against Derry City will go ahead on Tuesday.

Cork’s County Council is continuing to work on clearing a number of trees that were preventing the emergency services from responding to incidents in Cobh.

In Kerry the County Council ran out of sandbags as they battled to try and prevent damage and flooding, caused by storm surges. The Glenbeigh Road to Cahersiveen was left completely impassable.

High water levels and heavy rainfall saw Dock Street, in Galway, flood. Salthill Promenade closed off after a number of people were spotted swimming before the storm hit.

In Dublin, fallen trees blocked off roads including Leeson Street.

On Tuesday schools remained closed as the Department of Education decided it would be unsafe to have children traveling to schools while repairs and damage assessments got underway. Some universities, colleges, and creches remained closed but the ultimate decision was left up to individual institutions.

Hospital appointments, which were canceled by the Health Service Executive, are being rescheduled, as are burials which were cancelled across the country as gravediggers were forced to stay at home.

Ireland’s Defence Forces were deployed to assist in areas across the south of the country where felled trees blocked roads and pulled down electricity lines.

Met ­Eireann’s Evelyn Cusack described the storm as “exceptionally severe” but noted that it was over quickly.

The meteorologist said: “Rain isn’t the main story, the wind is, but none the less there is some extreme precipitation with thunderstorms and lightning.”

Ex-hurricane #Ophelia has caused a lot of disruption across the UK and Ireland over the past 24 hours. Here is the track she took! pic.twitter.com/KukHRDw85P

The cost of Storm Ophelia

It’s believed that the damage caused by Storm Ophelia could be in the range of $588 million to $940 million (€500-800m). Also, the disruption caused by the storm is likely to have cost hundreds of millions to the country.

The Irish Government has said an assessment of damage will have to be completed before a calculation of funds needed for a clean-up can be undertaken.

The National Emergency Co-ordination Group (NECG) will meet again on Tuesday morning to oversee what its chairman, Seán Hogan, called the process of getting “the country back to work”.