What you should know about Irish Storm Brian, following Ophelia

As Ireland assesses the damage caused by category three level winds another storm is en route from the Atlantic. 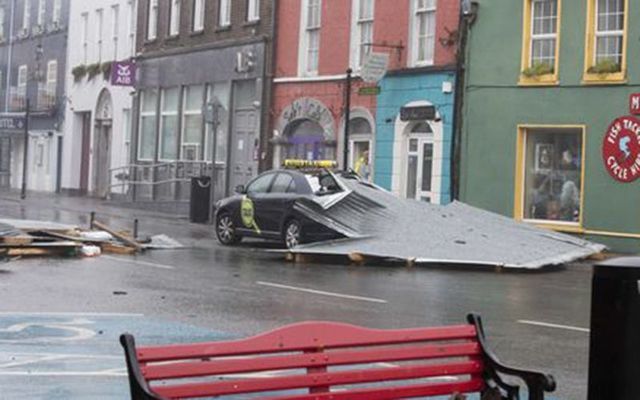 As Ireland continues is mammoth clean up following the post-tropical Storm Ophelia, and mourns the lives of three victims, the country heard the shocking news that Storm Brian will hit Ireland and the United Kingdom by the weekend.

Ophelia was the worst storm to hit Ireland in 50 years. The ex-hurricane has left 215,000 without electricity and a growing number of people without water. As Ireland assess the damage wrought by fallen trees and high winds the reconstruction bill is set to reach up to one billion euro. However, now Ireland has another storm to deal with and as soon as this weekend with another smaller patch of bad weather hitting the country on Thursday.

#StormBrian looking like it could be a major problem

Here's what you need to know about Storm Brian:

Storm Brian will not pack the same punch as Ophelia

Thankfully meteorologist at Met Eireann John Eagleton told the public that Storm Brian will trigger a status yellow weather warning – that’s compared to the national red warning seen during Ophelia. However, rainfall and high winds are on the cards.

Eagleton said “I don't see it at anywhere near the same intensity as Ophelia was anyway.

"For us on Saturday, at its current track, it will throw up a lot of rain across the country; it may give a breezy day, maybe some low-level wind warnings possible or maybe some rain warnings issued.

"It is too early to say at this time."

Read more: In the wake of Storm Ophelia we look at the worst storms in Ireland’s history

Storm Brian will, sadly, once again affect those in the south of the country. However, its path has not been fully developed.

Cork and Kerry took the brunt of damage by Storm Ophelia and are already working hard to assess damage and return to normal.

Gale-force winds can be expected this weekend reaching up to 68mph. However, Storm Ophelia reached Category 3 hurricane levels with winds of up to 119mph in some areas.

Storm Brian is following in the footsteps of Storm Ophelia. The storm is being created by areas of low pressure which are common in the South Atlantic. Disturbances in the atmosphere help create such storms and the jet stream is sending Brian towards Ireland and the UK.

What’s with the names? Brian and Ophelia?

These names are part of an alphabetical naming system generated by Ireland’s meteorological service, Met Eireann. Every year, the gender of the first storm alternates and the first storm of the season was called Aileen this year.

This naming system is a joint initiative by Met Eireann and the UK Met Office.

The next expected storm will be called Caroline.