The prize rewards of straying off the beaten path and exploring historic beautiful spots around the country. 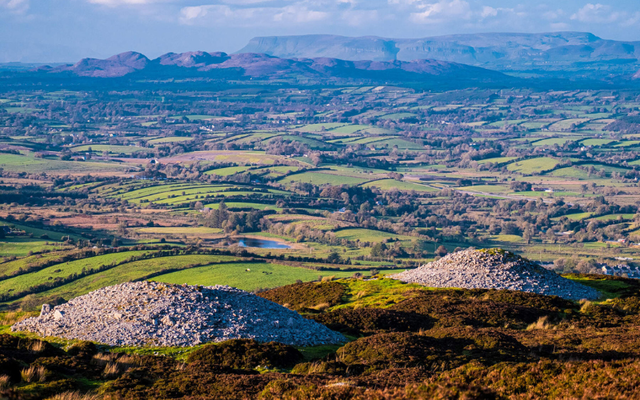 Get off the beaten track, become an intrepid explorer and visit some of the lesser-known ancient gems in Ireland.

One of the things I love most about Ireland is that in every county, city, town, and village around the country there is usually something fascinating to discover.

As an archaeologist, I love visiting the multitude of heritage sites around Ireland, and the country is packed with iconic historical sites like Newgrange, The Rock of Cashel and Blarney Castle. While absolutely wonderful places to visit, sometimes it can also be very rewarding to stray off the beaten path and explore some of the lesser-known gems of Ireland.

Here are five suggestions to add to a must-see list for any intrepid explorers, they are all free to enter and you’ll often find you have them all to yourself. 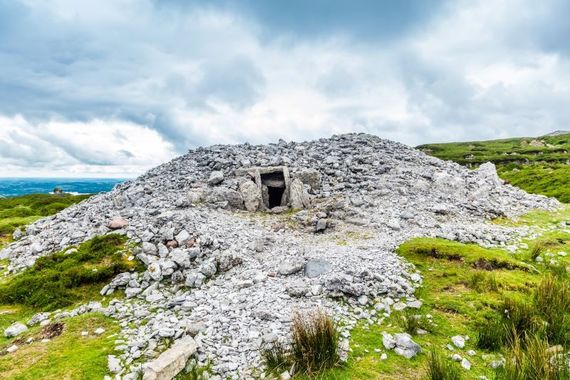 The megalithic cemetery of Carrowkeel still remains one of the most spectacular and breathtaking archaeological landscapes in Ireland and is simply a must-see for anyone with an interest in our prehistoric past.

The tombs are situated at the northern end of the Bricklieve Mountains, in County Sligo, and cover a number of the peaks that tower over the surrounding landscape. They are passage tombs and were built around 5,000 years ago in the Neolithic period. This was the time of the first farmers in Ireland, the people who began to cut back the dense forests that covered the country to create fields for tillage and pasture.

Arguably the most famous passage tomb cemetery in Ireland is the Brú na Bóinne (Bend of the Boyne) including the iconic sites of Newgrange, Knowth, and Dowth, but Carrowkeel is equally as important, with fourteen tombs. Of those tombs three (Cairns G, H, and K) are very accessible.

You’ll find Carrowkeel around 30km or so from Sligo Town. Aim for Castlebaldwin on the N4 road between Sligo and Boyle, and the tombs are well signposted from there. 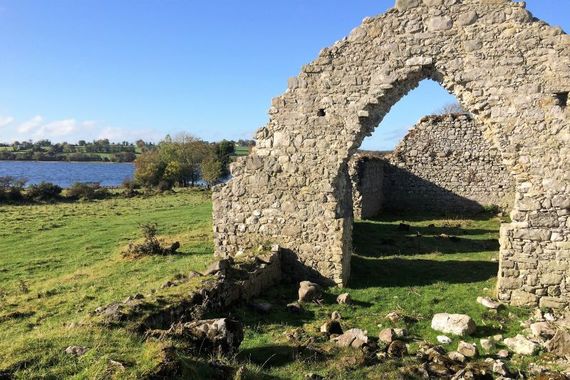 Rindoon is one of Ireland’s best preserved deserted medieval towns. The castle at Rindoon is thought to date to 1227 and was constructed by Geoffrey de Marisco.

It appears that de Marisco was a villain on a Game of Thrones level of nastiness. He was Justiciar of Ireland between 1215 and 1228 and took full advantage of the young King Henry III by being as corrupt in his dealings in Ireland as possible. He amassed huge swathes of land and a fortune by seizing goods, lands, and taxes in the King's name and then keeping the rewards for himself. He was eventually dismissed from office in 1228. He was even excommunicated from the Church for misappropriating funds (the money was just resting in ye olde account apparently).

When you visit the site you can encounter the remains of the medieval castle, church, and town walls and you can even still make out the plots where houses and field systems give tantalizing glimpses of everyday life in medieval Ireland. Rindoon is a fantastic site to visit, and as well as the intriguing history and archaeology, it makes for a lovely walk. Rindoon is roughly halfway between Roscommon town and Athlone on the N61 and it is well signposted from the road. The main part of the site is about a 15min walk through fields, the fields are full of livestock (cattle and sheep) so do remember to bring appropriate footwear and please close all gates behind you.

The Rock of Dunamase, County Laois 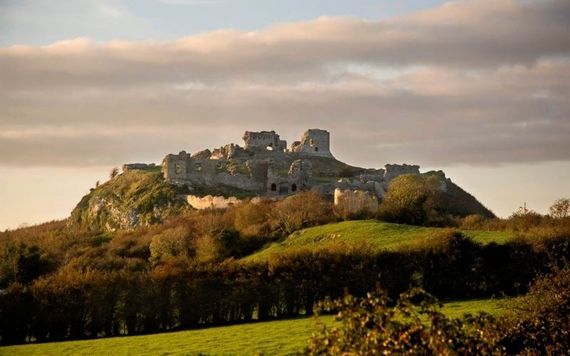 The Rock of Dunamase, County Laois.

Perched on a steep rocky crag above the low-lying plains of Laois, The Rock of Dunamase is one of the most atmospheric sites to visit in Ireland. The first historical reference to the Rock of Dunamase came from the Annals that record it being plundered by Viking raiders in 843 AD.

But the site was extensively refortified after the Norman invasions of Ireland. The site was said to be part of the dowry given by Diarmuid MacMurrough when his daughter Aoife married the leader of the Norman invasions, Richard de Clare (Strongbow). Strongbow appointed Meiler FitzHenry, a famous Norman knight, as custodian and he began to fortify the Rock to ensure the Normans would have a foothold in the notoriously dangerous borderlands between the Norman colony and the Gaelic Irish kingdoms.

The Rock passed to the most famous knight in medieval Europe, William Marshall, when he married Isabel de Clare, daughter of Strongbow. Most of the visible remains on the site today probably date to Marshall’s time. He was an extremely progressive lord who is responsible for some of Ireland’s most famous castles like those at Kilkenny and Carlow.

Dunamase is a wonderful place for a walk and is easily accessible off the N7. 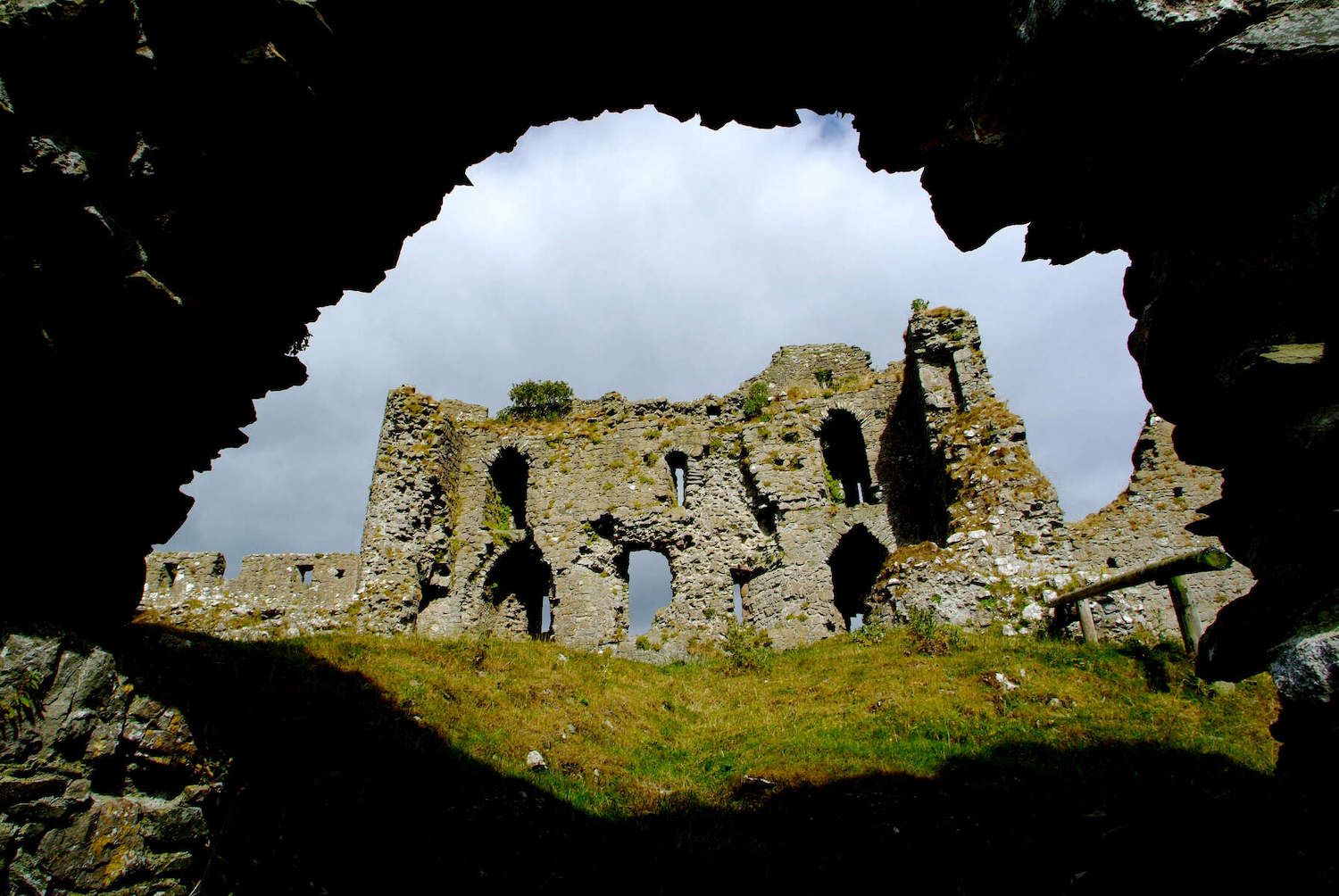 One of the best of Ireland’s hidden heritage treasures, Castle Roche is possibly the finest example of Ireland’s mid-thirteenth century castles. It is thought to have been constructed by Lady Rohesia de Verdun in 1236 to serve as a bastion of defense for the Anglo-Norman colony in Louth against the Gaelic tribes of Ulster.

Lady Rohesia was a formidable woman and is said to have thrown the castle’s architect through one of the tower windows so he could never reveal the castle's secrets. Castle Roche has to be one of the most impressive heritage sites I have visited in Ireland, and it is one of those sites that is so massive, so imposing and so breathtaking that pictures cannot do it justice. It is one you must experience for yourself to gain a true impression of its size and grandeur. 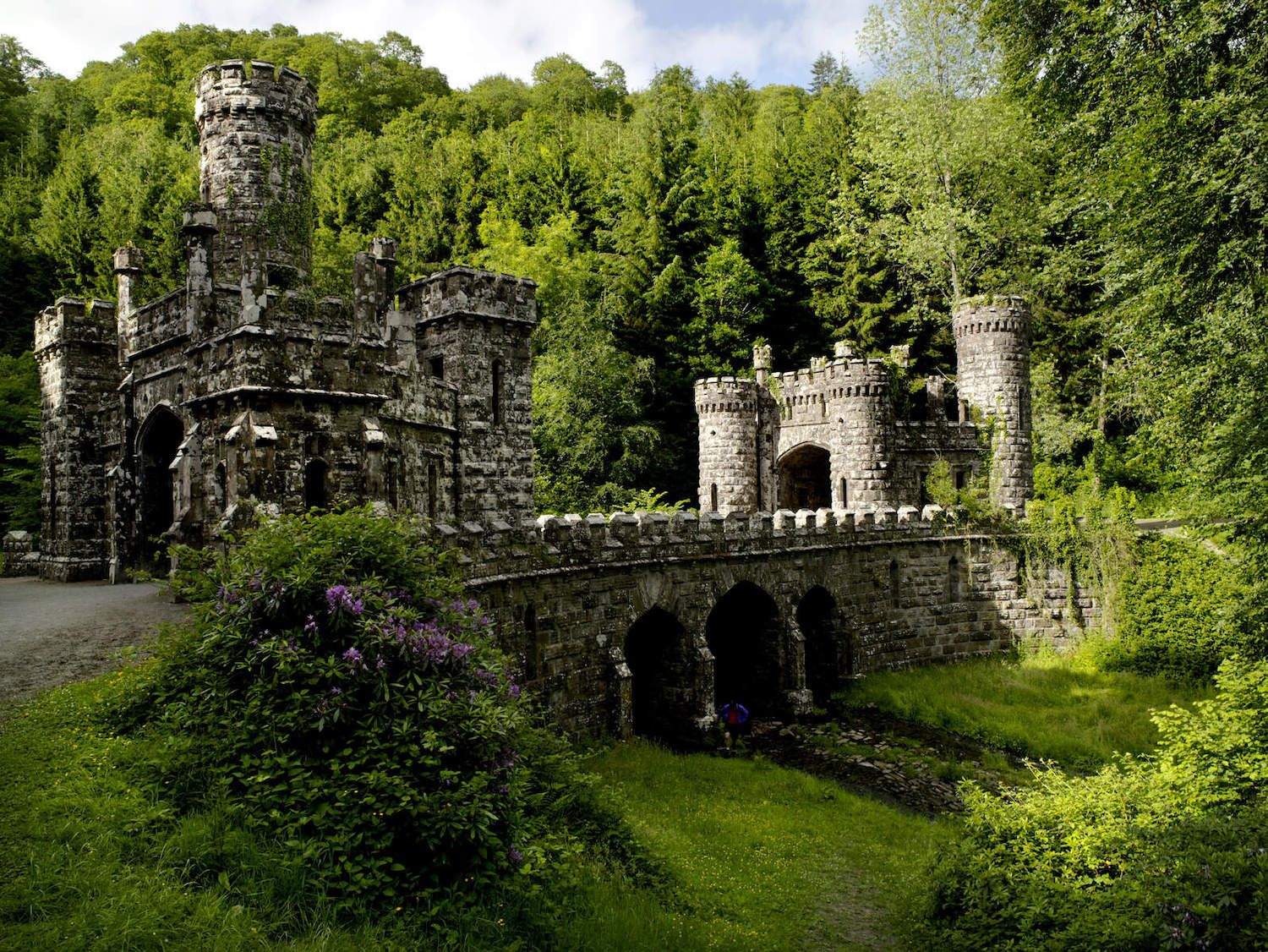 The ‘Towers’ is one of the best examples of a nineteenth-century folly existing in Ireland today. The Towers were commissioned by Arthur Kiely-Ussher around 1835. He had inherited over 8,000 acres of land in the area and quickly gained a reputation for being a harsh and cruel landlord.

It is said that his wife had become deeply envious of Strancally Castle, built by Arthur’s brother John Kiely, and hectored Arthur to build a residence to outshine that of his brother. Plans for an extravagant mansion were drawn and work began on the long and winding carriageway, with an ornate gate lodge. They then constructed the elaborate bridge over a small stream, with large towers flanking each side of the bridge.

However, their grandiose ambitions quickly outstripped their funds and they ran out of money soon after completing the bridge. Their dreams of building a huge mansion were never to come true. They spent their days living in the now demolished Ballysaggartmore House and must have despaired as they traveled along their stunning carriageway, knowing that it would never lead to the mansion they had so desired.

Kiely-Ussher’s folly has left us with a superbly atmospheric and unique place to go for a walk.

The site is pretty easy to find, just take the R666 from Lismore heading towards Fermoy (signposted left after the bridge past Lismore Castle). You’ll find the Towers after about 3–4km well signposted on the right-hand side.

If you plan on visiting a number of heritage sites around Ireland consider purchasing an OPW Heritage Card. It allows you to visit as many OPW heritage sites (including Newgrange, The Rock of Cashel, Trim Castle and hundreds more) as you like for a year.

As Newgrange alone costs €11 per adult, the Heritage Cards are a great way to save money on your trip.