Bog bodies, bog butter, to even a zombie graveyard - Ireland has a wealth of archaeological treasures. 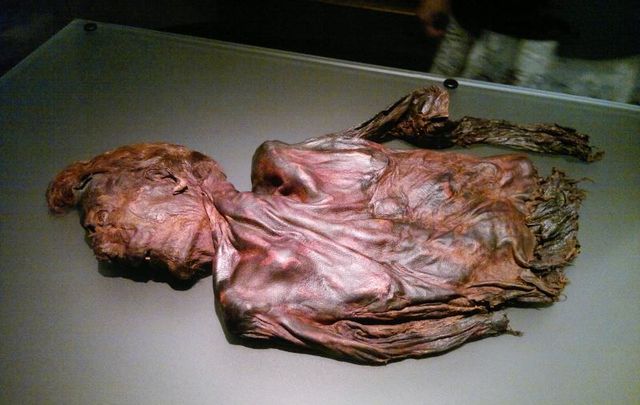 Ireland has a rich history of stunning archaeological finds.

From jewelry to people, to ancient sites, here are some of the more recent artifacts discovered in and around Ireland.

Clonycavan Man was discovered in Meath in February of 2003 after its remains dropped off of a peat cutting machine, reports the BBC.

Most interesting about him is that his hair appeared to have a sort of hair gel in it, which slicked his hair up into a mohawk. The ingredients of the “gel” were traced back to either France or Spain. Judging by the deep wounds in his skull, Clonycavan Man appeared to have been brutally murdered, supposedly by an axe approximately 2300 years ago. Clonycavan Man has found a new home and is on display at the National Museum of Ireland in Dublin.

Oldcroghan Man was named for the location he was found, Croghan Hill in Offaly. This mummy had the distinguishing traits of being 6’6, quite tall for the time period he existed during, as well as neatly manicured nails. National Geographic reports that Oldcroghan’s body was preserved so finely that upon its discovery, a murder investigation was launched.

Later, he was found to have been brutally murdered which was deducted from his lack of head and lower body. His stomach gave evidence of a wheat and buttermilk diet. He, along with Clonycavan Man (who was found only three months earlier and about 25 miles away), is on display at the National Museum of Ireland in Dublin. 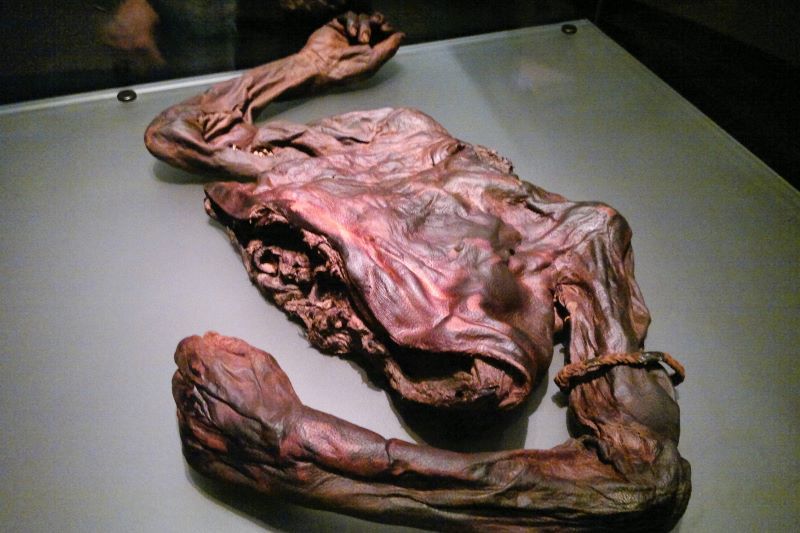 A Viking settlement village was discovered in Annagassan, County Louth. The village is presumed to be what was a Viking winter base, one of only two in Ireland. The untouched “virgin” site is said to be a massive discovery. After some testing by Dundalk’s County Museum, it was discovered that the site was in fact an area used to repair long ships, a base for inland raids and later, a trading site. Its importance is attributed to its early time period as it was founded in 841 among the earliest settlements of Vikings in Ireland.

This batch of butter was dug up in Tullamore and is believed to be a staggering 5,000 years old. The “butter” was discovered by turf cutters who found it seven feet underground it what appeared to be a “keg” or “urn” type capsule. They cut it open with a spade to find the butter inside. Presumably, the butter was buried as a form of refrigeration. Although ‘bog butter’ is a more common discovery around Ireland, the discovery in 2011 was remarkable for its size - 100 pounds! The substance was said to still have a “dairy smell,” though no one is positive what exactly the substance is.

After two thieves robbed a shop in Strokestown, Roscommon, they discarded the necklace and other documents in a dumpster in Dublin. Police, short on time before trash collection, luckily found the precious artifact which is believed to be 4,000 years old and a belonging of an early king of Ireland.

The necklace, called a lunala, was originally found in 1945 when it was dug up in Roscommon. It was given to the Strokestown shopkeeper where he kept it locked away in a safe until the robbery.

In 2006, a mechanical digger unearthed a 1200-year-old manuscript in Faddan More near Riverstown in Tipperary. The manuscript was made up of 60 vellum pages and had covers made from animal skin. It was found undisturbed and open to the Latin version of Psalm 83. The discovery was said to be of staggering impact and changed the understanding of how old Irish manuscripts were created.

A mummified body found in Co Laois became a special interest to archaeologists when it was discovered on the boundary of two ancient Irish kingdoms, thus suggesting that the body may have been that of a king. The 3000-year-old remains were found just moments before a Bord na Mona worker almost drove over it. In addition to its location, the body discovered had various cuts on it, suggesting a ritual sacrifice.

The remains of what is believed to be Ireland’s ‘Helen of Troy’ was discovered in Dungannon’s Castle Hill in Tyrone this past July. Evidence suggests that the body could be that of Mabel Bagenal, who died in 1596 and was the third wife of the Early of Tyrone, Hugh O’Neill. Ornate details in her burial point to her high societal status during her life, that of one fitting for the wife of an Earl.

In June 2011, workers in North Dublin unearthed what appears to be a pre-Viking burial site. Scientists from Queen University conducted tests on the site and concluded that the site was created in the seventh century AD. With this information, it was deduced that the site is from the pre-Viking era landing it in the era of Christian conversion.

The Independent reports that a so-called “zombie” graveyard was discovered in September 2011, just in time for Halloween, at a site overlooking Lough Key in Roscommon. The skeletal remains found there were discovered to have large rocks placed in their mouths, supposedly in hopes of preventing the souls from rising up to terrorize the living.