Have you heard of the Faddan More Psalter? The 1,200 year old religious manuscript was found in a bog with the Latin words of Psalm 83 open. It had lain undisturbed for 1,200 years. 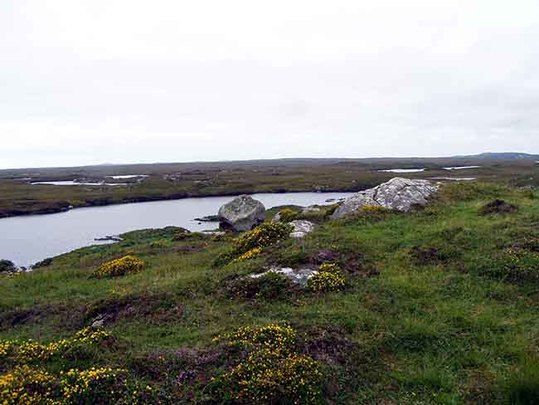 The bog where the manuscript was found. Photocall

An eighth-century Irish religious manuscript considered more important than the Dead Sea Scrolls has been put on display at the National Museum of Ireland.

Have you heard of the Faddan More Psalter?

The 1,200 year old religious manuscript was found in a bog with the Latin words of Psalm 83 open. It had lain undisturbed for 1,200 years.

The psalm closes with the words: “Let them know that you, whose name is the LORD—that you alone are the Most High over all the earth."

The National Museum rated the work as of "staggering importance" and says the book of psalms or psalter is among the top ten most valuable ever found.

It was found in 2006 in a midlands bog by a workman operating a mechanical digger on the bog at Faddan More near Riverstown in North Tipperary.

Dr. Patrick Wallace stated that the book was "more important for Ireland than the finding of the Dead Sea Scrolls” had been for biblical scholars and has changed our views about how ancient Irish manuscripts were produced."

He added: “We never thought anything like this would ever be found.”

The senior conservator John Gillis stated that he was "transfixed with fear" when he had to restore the delicate document. He said it was “the first early medieval manuscript to come to light in 200 years anywhere in Europe”.

“We never before had to deal with a manuscript recovered from a bog,” and said its survival was “miraculous” because normally vellum “shouldn’t survive – it should gelatinize away.

“When he first saw the psalter, ‘it didn’t look like a book at all’ it contained 60 pages of vellum, a parchment made from animal skins, which had been inscribed with “the complete text in Latin of all 150 of the Bible’s Book of Psalms”. He said, “about 15 per cent has survived.”