Ireland was once called the "El Dorado of western Europe"

The curator of archaeology at National Museums Northern Ireland said goldsmiths in Ireland once had such a good reputation that Ireland was compared to the legendary tale of El Dorado. 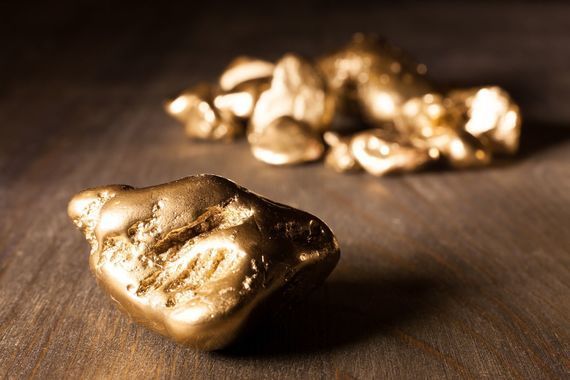 Ireland was once called the "El Dorado of western Europe" due to the high quality of gold work found on the island, a Belfast archaeologist has said.

Greer Ramsey, curator of archaeology at National Museums Northern Ireland, was speaking at the first treasure trove inquests at the Belfast Coroner's Court since the outbreak of the Covid-19 pandemic.

Items such as a Bronze age gold ring, a sleeve fastener, an Agnus Dei pendant, and medieval silver coins were considered during six separate hearings at the court.

All items were discovered by people using metal detectors with the permission of the landowner.

The artifact is estimated to be roughly 3,000 years old, dating back to between 950 and 800BC, and consists of a semi-circular bow at each end with a curved fastener.

Ramsey described the item as a piece of Bronze Age gold jewelry, adding that it was 83% gold, 12% silver, and 4% copper.

"There are probably in the region of 100 sleeves fasteners from Ireland, and it is an exclusively Irish type, we’re not finding these objects on the continent.

"The goldsmiths in Ireland had a good reputation for producing high-quality gold work. Ireland at one stage was called the El Dorado of western Europe because of the quality and quantity of the gold work."

Coroner Anne-Louise Toal described the fastener as a very beautiful piece and declared it a treasure.

Shiels, who took up the hobby about six years ago, said he found a piece of a Bronze Age gold ring in a field near Downpatrick in County Down on April 3, 2019, while he found 12 silver medieval coins in the same field one week later on April 10.

The remaining six silver coins dated back to the reign of Edward III, who ruled England after his father was deposed in 1327 until his death in 1377.

He said the pendant was likely to have been worn on a chain around the neck and that it bore the symbol of the Lamb of God.

The artifact dated back to the 15th or 16th century and boasts a silver content of 89%.

"Agnus Dei pendants were originally designed to hold the wax from what are known as pastoral candles… the candles symbolized the light of Christ and they were lit at Easter on Holy Saturday and extinguished on Easter Sunday. The wax was believed to hold some kind of symbolism and power,"  Ramsey said.