Irish archaeologist Michael Gibbons identified the ancient fortress in Coole Park while carrying out fieldwork in the Burren lowlands east of Gort in County Galway. 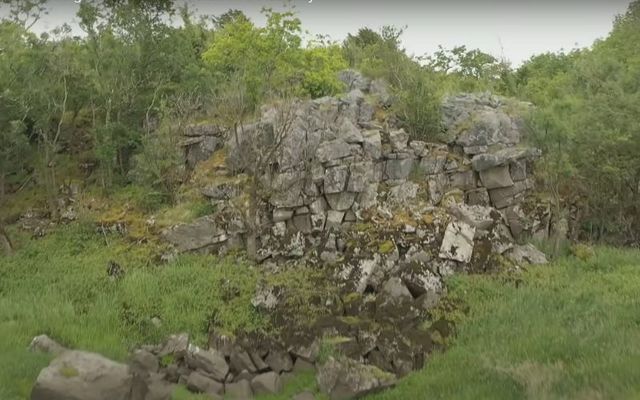 Scenes of the ancient Irish fortress that was discovered by archaeologist Michael Gibbons in Co Galway. RTÉ News, YouTube

Irish archaeologist Michael Gibbons has discovered a Bronze Age fortress dating back to between 800 and 1200 BC in a rural Galway park.

Gibbons identified the fortress in Coole Park while carrying out fieldwork in the Burren lowlands east of Gort in Co Galway.

Measuring about 400m north-south and 110m east-west, the ancient fortress is bound by turloughs (periodic water bodies located in the west of Ireland) and seasonal lakes, which form part of its defense.

Gibbons, who was working with Gaeltacht education project Muintearas, said the site was known previously but said its antiquity had been questioned.

He told RTÉ News that his recent survey of the area indicates that the fortress dates back to between 800 and 1200 BC, adding that it is a unique structure that could have housed hundreds of people at a time.

Gibbons compared the size of the large fortress to Dún Aonghasa on Inis Mhór of the Aran Islands, describing it as a giant-like dwelling set in a magical landscape. He added that the Galway fortress utilized the turloughs in a very special way.

He said much of the fortress is covered by dense woodland but added that he hopes further research and analysis of aerial surveys will uncover several Bronze Age roundhouses located within its ramparts.

Gibbons said there is a "magical, otherworld quality about the whole landscape."

Muintearas CEO Seán Ó Coistealbha described the find as incredible and said it would be a huge addition to the area's archaeology.

"The amount of work that went into this incredible fortress by men and women in ancient times is incredible," Ó Coistealbha told RTÉ News.

Back in 2016, Gibbons was leading a tour of Omey Island when Irish American student McKenna McFadden discovered a 12th-century Irish brooch.