A leading Irish archaeologist believes a local in Spiddal has discovered a Bronze Age dwelling that was unearthed by a recent Atlantic storm. 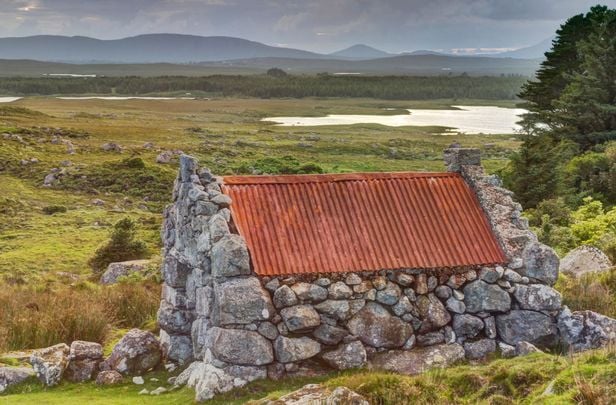 A leading Irish archaeologist believes a local in Spiddal has discovered a Bronze Age dwelling that was unearthed by a recent Atlantic storm.

A storm in mid-January unearthed a new archaeological site, possible of major, importance An Liopa Thoir, east of An Spidéal (Spiddal), in County Galway. A potential crannóg could be proof of settlements in the area dating back to the Bronze Age.

As yet the find has not been confirmed as a crannóg, a lake dwelling, usually built on an artificial lake and found in Ireland and Scotland.

One of Ireland’s leading field archaeologists, Michael Gibbons, from Clifden, County Galway, told RTE “This is a very important site. It amazes me that a site of such interest is here, not far at all from the other one further west in An Liopa. They are not common in this part of the country, or indeed anywhere in Ireland."

Gibbons said there are few sites like this in the country and this site could be evidence that people had lived in this coastal area of Galway at least 3,000 years ago.

He told the Irish Times "There may have been a lake here in the Bronze Age . . . There are crannóga around here, further west, so people lived here."

“There may have been a lake here in the Bronze Age . . . There are crannóga around here, further west, so people lived here,” he said.

The Irish Bronze Age dates from approximately 2,500 BC to 500BC.

A recreation of a crannóg at the Irish National Heritage Center, in County Wexford.

He continued “If you look around here, initially, there’s nothing to see but if you look more closely you see the wood … this may well be a crannóg.

“It’s much wider than a bog road … sometimes you find a bog road like this in the middle of the county, around Ballinasloe, it may be a bog road, but I think it’s more likely to be a dwelling place.”

Gibbons has written to the National Monuments Service about the finding. Its specialist underwater unit is due to visit An Liopa Thoir to carry out an official examination.

A Department of Culture and Heritage spokeswoman confirmed the location would be inspected, but said the “National Monuments Service cannot speculate on the nature of the site or any significance until that inspection has been made”.

Read more: The Lost City of Atlantis is Ireland