The Lost City of Atlantis is Ireland

Researchers at an Irish university claim they have found proof that Ireland is the Lost City of Atlantis. 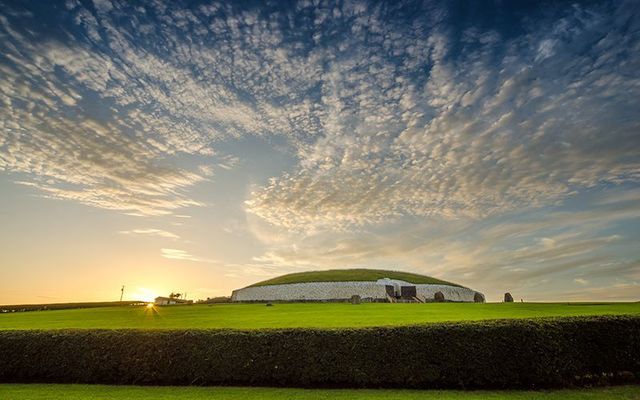 The Neolithic tomb of Newgrange, in the Boyne Valley, County Meath. Getty

Researchers at an Irish university claim they have found proof that Ireland is the Lost City of Atlantis.

The video claims that the neolithic tomb at Newgrange in the Boyne Valley is, in fact, the famed temple of Atlantis and one of the oldest temples on earth as a result.

The researchers state that Atlantis Ireland was devastated by a huge tsunami triggered by a comet that hit earth over 11,000 years ago.

The video purports the theory that the Irish were the first people in the world to develop an advanced civilization, including boats, fishing, agriculture, and metalwork and that their legacy can be seen all over the world.

It argues that this advanced technology is in keeping with the belief that Atlantis was one of the most advanced places in the world before its destruction.

It also points to the fact that Irish DNA is found throughout the world, including red-headed mummies, as proof that Ireland was the most advanced civilization of its day.

A spokesperson for the university said, "It was the Ancient Irish who gave the gift of civilization to a barbaric world. During the dark ages, Ireland’s spectacular history was mutilated by her enemies. It’s time to set the record straight."

This is not the first time that scholars have claimed that Ireland is the site of the Lost City of Atlantis.

In 2004, Swedish academic Dr. Ulf Erlingsson claimed that the geography of Atlantis matches Ireland perfectly as it is 300 miles long, 200 miles wide, and broadest over the middle.

However, Erlingsson's theories were soon dismissed by the National Museum of Ireland. Staff at the museum pointed to the fact that there was no evidence to suggest Atlantis ever existed. There was equally scarce evidence to support the theory that it existed on the island of Ireland.

"We can say that we know of no archaeological evidence which would support Mr Erlingsson's theory," museum director Dr Patrick Wallace said at the time.

Read more: Does a mythical island really exist off the coast of Ireland?