Why are all Irish men's beards red?

Have you ever wondered why so many men have red beards?! 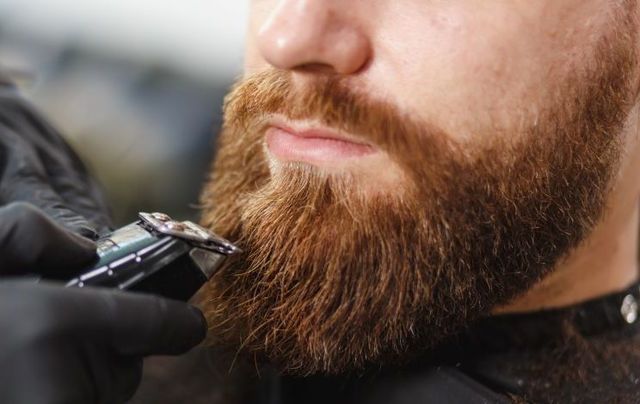 Before you brave the shave - have you ever wondered why so many men have red beards?! Getty Images

Have you ever wondered why Irish men's beards are red?

Seriously you must have noticed that a lot of Irish men, even those with blonde, brown or black hair, usually have a touch of ginger running through their beards.

There’s even a slang term for this. It’s “Gingerbeard,” which according to Urban Dictionary means “A dude with brown, black, or blonde hair, who when he grows a beard, it is entirely red, or red in patches.”

It seems especially dubious if you happen to know the bloke in question’s family and realize there are no redheads in the bunch. Strange indeed but actually pretty common, in fact, almost two in five men have reddish beards. So we Irish aren’t that special at all.

His explanation got pretty technical. He said “The genes that determine hair color are so-called ‘incomplete dominant hereditary traits.’ This means that there isn’t one single gene that’s dominant over the rest, but all genes influence each other.”

So all the genes that determine hair color are out for themselves so this allows for a lot of possibilities and can differ from the top of your head to your underarms to and of course your beard.

Haak-Bloem said “Generally speaking, people inherit hair color not only from their parents but also from their grandparents and earlier ancestors. So it’s entirely possible that one distant ancestor had a hair color that suddenly appears again through a certain combination of genes—and that can be quite unexpected for parents.”

All of this makes sense so far but why exactly do some men have red beards? It turns out the shade of hair is determined by the amount of melanin (pigment) in the hair and your DNA encodes this.

“When someone inherits two mutated versions of the MC1R-gene (one from each parent), less pheomelanin is converted into eumelanin. The feomelanine accumulates in the pigment cells and the person ends up with red hair and fair skin.”

Did you get that?

Basically, most men have some red hair sprinkled into their genetics, even if it wasn’t a trait among their parents or grandparents. If one of the parents passes down the redhead gene and not the other this could be how the "gingerbeard" arises.

What seems apparent is that it’s more common than us Irish think and you boys should wear your ginger beards with pride.