Research indicates Turkish farmers arrived in Ireland about 6,000 years ago, bringing agriculture with them. 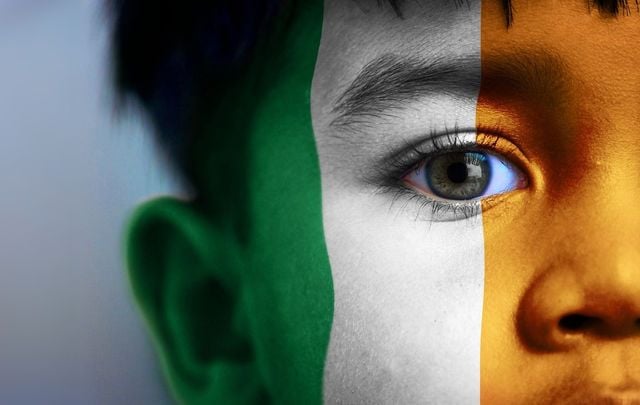 A study revealed that many Irish men may be able to trace their roots back to Turkey. Getty Images

A 2013 study revealed that many Irish men may be able to trace their roots back to Turkey.

Focusing on the role of the Y chromosome, which is passed from father to son, the research indicates Turkish farmers arrived in Ireland about 6,000 years ago, bringing agriculture with them. And they may have been more attractive than the hunter-gatherers whom they replaced.

The genetic patterns for Irish females differ from those of men. “Most maternal genetic lineages seem to descend from hunter-gatherers,” an author of the study, Patricia Balaresque, told the London Times. “To us, this suggests a reproductive advantage for farming males over indigenous hunter-gatherer males during the switch to farming.

“Maybe, it was just sexier to be a farmer,” she added.

Eighty-five percent of Irish men are descended from farming people from the Middle East and especially Turkey, according to the research that was conducted by scientists at the University of Leicester.

The switch from hunting and gathering to farming was a crucial one in human development. Increased food production meant that populations were able to grow.

In Britain, 60-65 percent of the population has the Turkish genetic pattern, while in parts of the Iberian Peninsula it’s almost as the same as in Ireland.  The research contradicts what was previously thought about Irish genealogy – that hunter-gatherers from Spain and Portugal who survived the Ice Age were our main genetic ancestors.

“This particular kind of Y chromosome follows a gradient, gradually increasing in frequency from Turkey and the southeast of Europe to Ireland, where it reaches its highest frequency,” Mark Jobling from the University of Leicester told the Times.

"We are saying that most of that original hunter-gatherer male population in Ireland was probably replaced by incoming agricultural populations,” he added.