Calling all Treanors! You’re needed for an Irish reunion

The Treanor family are looking for IrishCentral's readers to help them spread the word about their first clan gathering in Co Monaghan next month. 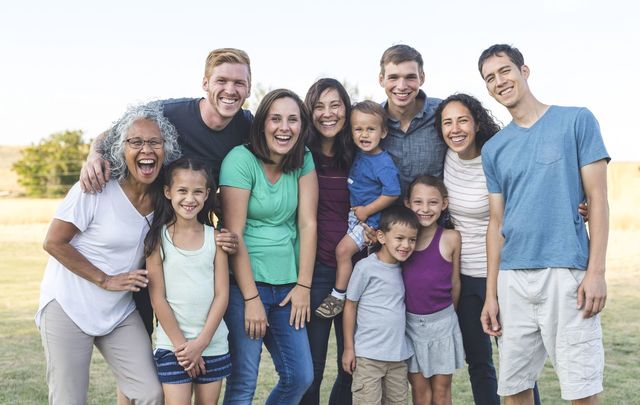 Do you know anyone with the Treanor surname?

If so, the Treanor tribe are looking for IrishCentral readers to spread the word about their first ever clan gathering in Co Monaghan.

The huge gathering will take place from May 9 to 12 with Treanor‘s from all over the world in attendance.

The Treanor name is one of the oldest names in Ireland, but over the centuries they have spelled the name differently.

Thus, they decided to create a new crest to consolidate the entire clan.

Notable people with the Treanor surname

St Patrick made Macartan first Bishop of Clogher from 454 to his death. One of the earliest Christian saints in Ireland, he is known as Saint Patrick's, "Threin Fhir," or "Strong Man" for his dedication and faithfulness to the fledgling Church and it is where the surname "Treanor" derives.

Patrick was at times so weak and aged that Macartan carried him on his back through rivers, fields, and forests. St. Macartan's feast day is March 24.

Winnie "Trainor" Coutts from Donagh, Co Fermanagh, and her two sons survived the Titanic in 1912.

Winnie married William Coutts in Kent, England in the Spring of 1902 and in early 1912 William emigrated. Soon after he sent his wife enough money to book a second-class passage on a ship to join him at their new home in Brooklyn, New York.

Winnie "Trainor" Coutts from Donagh, Co Fermanagh, and her two sons survived the Titanic in 1912.

Instead, Winnie purchased third-class tickets, hoping to save some money towards setting up their new home in America and boarded Titanic with her sons at Southampton on April 12, 1912.

Coutts and her sons escaped in lifeboat 2 which she described as filled with around 17 people. Despite the bitter cold, she related how she and her sons did not suffer as badly as others who were not dressed as warmly as they were.

Thomas Trenor from Co. Monaghan was one of the leaders of the 1798 Rebellion and survived execution.

When Treanor escaped to America he set up a Brewery and a Bank in Troy, New York and then a metal works in Bennington, Vermont.

He became friendly with a man called Luther Park who named his son after Trenor. Thomas Park was a lawyer, political figure, businessman, and philanthropist. He became one of the richest men in America and nominated Abraham Lincoln and Ulysses S Grant for President of America.

Day 2: Trenor early history & genealogy talk followed by a trip to the town of Clones in the afternoon, where many Treanor’s and Traynor’s reside. That evening in Monaghan Town, a cookery demonstration will take place with some by music in the local hotel bar.

Day 3: Talks on the local history and heritage of North Monaghan, and the traditional pilgrimage route from Monaghan to Clogher Village, through the original heartland of the Treinfhir clan.

In the afternoon a guided bus tour through places of interest associated with the "Threinfhirs,", taking in Slieve Beagh, Mullan, Truagh, and Errigal old graveyard and other historically significant sites to the clan.

Truagh GAA club will then host an evening of entertainment and craic, with an exhibition of the traditional Gaelic sport.

Day 4:  A tree-planting ceremony will take place in Clogher Village to commemorate the weekend followed by a discussion on where the group goes from here.

The weekend will then close out with a Farewell Dinner.

To register for the Treanor family event click here or email Michael Treanor at asapmt@aol.com

Do you know anyone with the Treanor surname? What do you think about this type of event to connect with family members?
Let us know in the comments below.