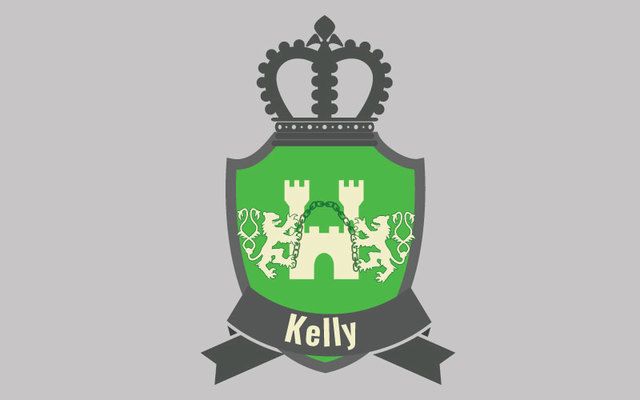 Here are some interesting facts about the Irish last name Kelly, including its history, family crest, coat of arms, and famous clan members.

Everything you need to know about the Irish surname Kelly - its meaning, origins, interesting facts and famous people with the last name Kelly.

Coat of arms motto: God is a strong tower to me.

History of the Kelly name

"The original Gaelic form of the name Kelly is O Ceallaigh or Mac Ceallaigh", according to Ireland's House of Names. "These names denote descendants of Ceallach. This personal name may be derived from the word 'ceallach', which means 'strife.'"

They continue "The surname Kelly was first found in southwest Ireland, south of Dublin where they held a family seat from very ancient times. The Kelly surname is conjecturally descended from King Colla da Crioch, who died in 357 A.D."

Are you a part of the Kelly clan? Let us know in the comments, below!