The scariest Irish spirits and monsters for Halloween

Dracula, banshees, leprechauns, oh my! Check out these spooky spirits that have roots in Ireland ... if you dare! 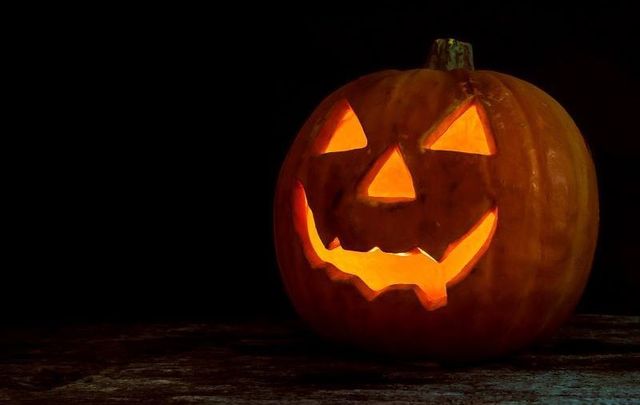 What are the top ten scariest Irish monsters and spirits?

With Halloween upon us, take some costume inspiration from these spooky spirits that all have roots in Ireland!

Written by Dublin native Bram Stoker, Dracula is a monster you can really sink your teeth into.

Not the cuddly one, the one from the 1993 movie "Leprechaun" who almost knocked off Jennifer Aniston in one of her first movie roles!

Literally meaning "female fairy," banshees are heard only when a loved one is dying.

As in Darby O’Gill, but not the sanitized Walt Disney movie, the mythology where he is a much more wicked character. In Ireland, he usually appears as an attractive man at a dance, but if a lady smitten by him looks down, she will see his cloven hoof.

Ancient texts refer to the half-man-half-wolf who inhabited this area. Old Gaelic chieftains used to visit and pray for their support before a battle.

An old priest from the Dublin mountains, who locals swear appeared to them after his death in the 1920s. Many independent verifications were received.

Jack O’Lantern is where the modern pumpkin came from. Said to be a ghostly spirit who trapped Satan in a cross-shaped tree hollow. When Jack died, he was barred from Heaven and Hell, suspended in a black abyss with only an ember in a carved-out turnip, the Devil's flashlight to help him navigate. The original Irish Jack O'Lanterns were turnips.

In the Parish Church of Ardtrea, near Cookstown, there is a marble monument and inscription in memory of Thomas Meredith, D.D., who had been a Fellow of Trinity College, Dublin, and for six years rector of the parish. He died, according to the words of the inscription, on May 2, 1819, as a result of "a sudden and awful visitation." A local legend explains this "visitation," by stating that a ghost haunted the rectory and it could often be seen afterward cackling over the death of Meredith.