A survey in Ireland found that one-third of Irish people believe leprechauns exist. Do you believe in leprechauns? 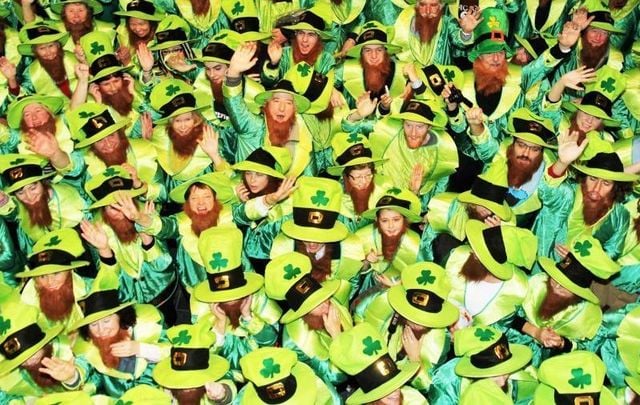 A gathering of people dressed as leprechauns in Dublin in 2011. RollingNews.ie

One-third of Irish people believe that leprechauns exist, according to a survey conducted by Cooley Distillery in 2011.

Read More: Facts about leprechauns and where the legends really came from

The survey also found that over half of respondents said they believe that leprechauns existed in Ireland in the past.

The online survey was conducted ahead of the annual National Leprechaun Hunt in County Louth, in aid of Our Lady's Children’s Hospital Crumlin and local charities.

The research concluded that due to the current downturn, and the scarcity of gold, many leprechauns were forced to emigrate.

Leprechauns are small, smart and devious little characters, usually dressed from head to toe in green and with ginger hair and a ginger beard. They date back to Irish mythology and were described by many as “wee folk.”

Normally great musicians, they can play a variety of instruments including the tin whistle, the fiddle, and the harp.

Leprechauns are protected under EU law thanks to the people of Carlingford, Co. Louth.

Learn the story of the Carlingford leprechaun in the video below:

So - do you believe in leprechauns? Let us know in the comments!