The history behind some of Ireland's most famous symbols

Ahead of St. Patrick's Day, learn about Ireland's most famous symbols. 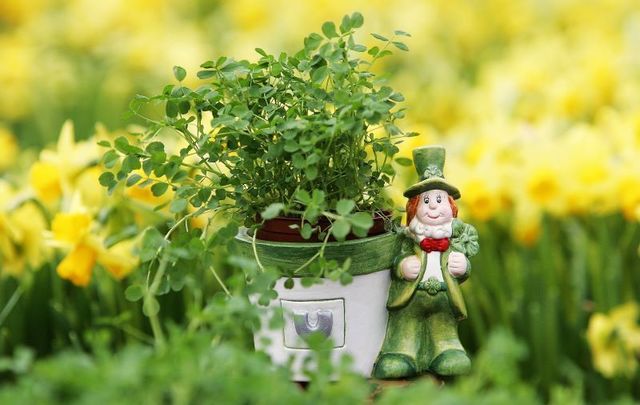 Where did the symbols of Irishness like the leprechaun come from? Getty

When you think of Ireland, what's the first emblem of Irishness that springs to mind?

I'm betting it's not the harp, Ireland's official national symbol, but more likely the shamrock, the shillelagh, or the Leprechaun. We take a look at some of the most well-known Irish symbols and explain how they came to be so, well, Irish. Let us know what your favorite Irish symbol is. 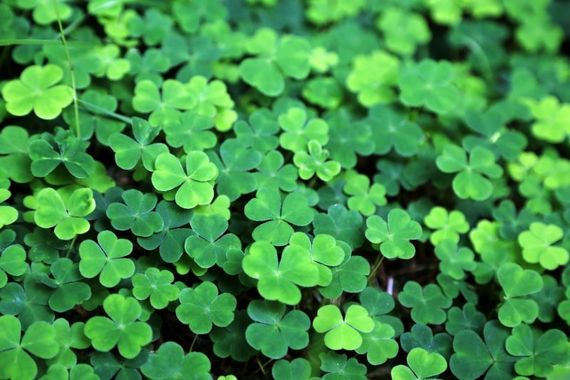 Derived from the Irish word seamróg, meaning 'little clover,' shamrock refers to young sprigs of clover. It was coined by Edmund Campion, an English scholar in 1571 when he wrote of the 'wild Irish' people eating the plant. In fact, the Irish at that time included wood-sorrel as a herb in their diet, which looked quite similar to clover.

It is popularly believed that St. Patrick once used the clover in his preaching to symbolize the Christian Holy Trinity, although the first written account of this does not appear until Caleb Threlkeld wrote about it in 1726.

The clover was a sacred plant of the Irish Druids, due to the cluster of its three heart-shaped leaves. Three was a sacred number in Irish mythology, perhaps inspiring St. Patrick to 'Christianize' it in his teachings.

The Metrical Dindshenchas, a collection of ancient poems dating back to the 11th century, known as 'the lore of places', indicates that the shamrock was important long before the arrival of St. Patrick.

Teltown (in Irish Tailten, named for Tailltiu who was Lugh Lámhfhada’s foster mother) was described as a plane covered in blossoming clover. Brigid founded her religious order in Co. Kildare (in Irish Cill Darra, meaning 'church of the oak') in a blossom-covered clover field. These beautiful meadows were called St. Brigid’s Pastures, ‘in which no plow is ever suffered to turn a furrow.’ It was said that, although cattle were allowed to graze there from morning till night, the next day the clover remained as luxuriant as ever.

In later times it became traditional for Irish men to wear the shamrock in their hats on St. Patrick’s Day.

After mass, they would visit the local drinking establishment to 'drown the shamrock' in 'St. Patrick's Pot.' This involved placing their shamrock in the last beverage of the day, draining the glass, then picking out the shamrock and tossing it over their left shoulder.

During the 18th century, the shamrock became popular as a national emblem worn by members of the Irish Volunteers, local warbands raised to defend Ireland against the threat of Spanish and French invasion.

Now, every year on St. Patrick's Day, the Irish Taoiseach presents a Waterford crystal bowl featuring a shamrock design containing shamrocks to the US President in the White House.

From the Irish sail éille (shee-lay-lee), meaning 'cudgel with a strap,' the shillelagh is a stick traditionally made from blackthorn or oak. Wood taken from the root was preferred, as it was considerably harder and less likely to split.

The stick would have been coated in lard or butter and placed inside a chimney to 'cure,' thus giving it its black shiny surface. It would normally have a large knob at the top for a handle.

Although often thought of as a walking stick, the shillelagh was actually a weapon used in the art of Bataireacht (Bat-er-akt), an ancient Irish martial art, and means 'stick fighting.' It evolved over the centuries from spear, staff, ax and sword combat, and prior to the 19th century, was used to train Irish soldiers in sword fighting techniques. There were three types; short, medium and long, and it was used to strike, parry and disarm an opponent. It was considered a gentlemanly way of settling a dispute.

Read More: Stick fighting and the origins of the Shillelagh 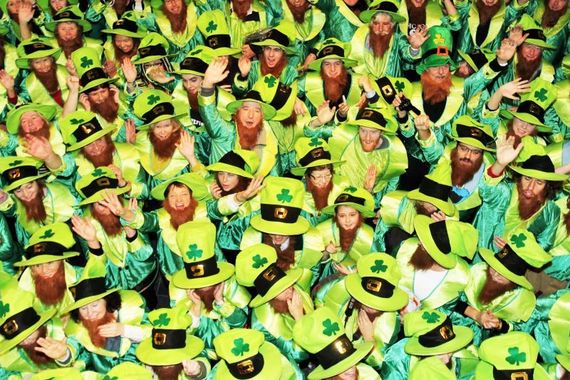 Known in Irish as the leipreachán, this mischievous little fellow is usually depicted as an old man, about 3ft tall, with red hair and beard, dressed in a dapper green or red coat and hat.

He makes shoes and hides his gold coins in a pot at the end of the rainbow. He is said to be intelligent, cunning and devious, a comical figure who loves practical jokes, a creature neither good nor evil.

As a fairy being, he is thought to be associated with the Tuatha de Denann, however, there is no mention of such a character in Sidhe or Denann mythology. It is more likely that he has arisen out of local folklore and superstition. Despite his enormous popularity, there is little known about his origins.