The origins of “Darby O’Gill and the Little People.” 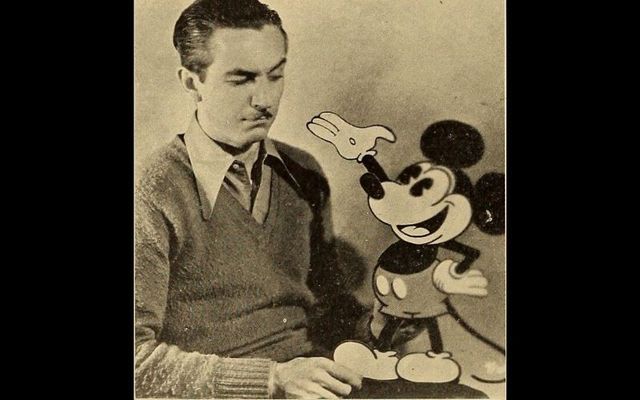 Walt Disney requested a meeting with the Irish Taoiseach (Prime Minister), Éamon de Valera , while on a research mission that resulted in the making of “Darby O’Gill and the Little People.”

According to a letter recently released by the Royal Irish Academy and Documents on Irish Foreign Policy, Disney was traveling to Ireland to carry out research for a cartoon motion picture dealing with Irish life and folklore.

The letter, from the Consulate of Ireland in San Francisco to the Department of Foreign Affairs, reads: “I beg to report that Mr. Jack Lavin, a Director of the Walt Disney Productions, Burbank, near Los Angeles, telephoned me recently and informed me that Mr. Walt Disney and a party of six, including himself, will sail from New York on the 14th November on the S.S Queen Elizabeth for Southampton, and will go directly from there to Dublin. They have applied for their passports, and I have sent the necessary application forms for Irish visas.

“The party intends to tour Ireland on a research mission, with the intention of making cartoon motion pictures dealing with Irish life and folklore. I informed Mr. Lavin that I would give Mr. Disney a letter to you, so he would be facilitated in meeting parties such as the President of the Irish Tourist Association. Mr. Disney would also like to meet An Taoiseach.

“Mr. Lavin has written directly to the Irish Tourist Association for literature, but in the meantime, I have sent him a few booklets from the old meagre stock on hands here. I have also loaned Mr. Lavin the box of glossies of Irish scenery sent recently to this office.”

In 1946, Disney did indeed traveled to Ireland to carry out research on Irish folklore and, in particular, on leprechauns, and the result was the 1959 film “Darby O’Gill and the Little People.”

Disney traveled around Ireland and on November 22, 1946, he met with the Irish Folklore Commission (now the National Folklore Collection). There’s no evidence to suggest, however, that he managed to meet with de Valera on his excursion.

On returning to Ireland, he remained in contact with the Commission and with its director, James Delargy, for up to a decade. Much to Delargy's disappointment, however, Disney eventually decided to make an adaptation of Irish-American writer Hermione Templeton Kavanagh's 1903 collection of stories 'Darby O'Gill and the Good People.'

Walt Disney is among the many famous figures who can boast Irish roots as his great-grandfather, Arundel Elias Disney, emigrated from Gowran, County Kilkenny, Ireland, where he was born in 1801.