In search of an Irish name for a baby girl? Here are the top 50 and their meanings! 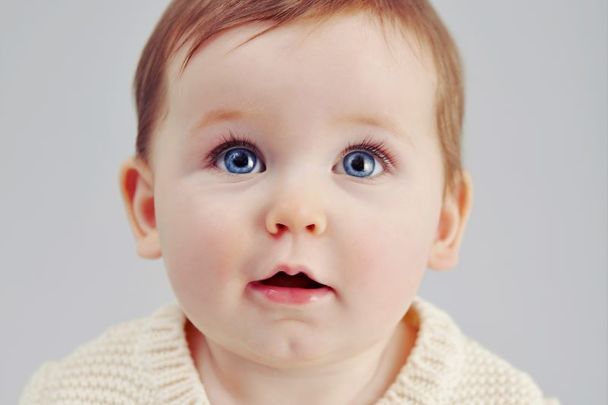 Do you have a baby girl on the way? Check out these Irish language baby names! Getty Images

Irish language names for girls are the perfect way to honor your Irish roots!

There's no shortage of beautiful Irish language names for baby girls - here are just 50 of them!

This name means beautiful, radiant or joyful, and likely derives from the Gaelic word ‘aoibh’ meaning ‘beauty’ or ‘pleasure.’ In Irish mythology, Aoife is known as the greatest woman warrior in the world. She gave birth to the mythological hero Cuchulainn’s only son, Connlach, and was the daughter of a king of Connacht. Legend has it, her marriage was arranged by St. Patrick himself.

From the Gaelic word "caomh," this name means gentle, beautiful or precious.

Meaning radiance, luster or brightness. In Irish mythology, Niamh was the daughter of Manannan, the god of the sea - she was known as ‘Niamh of the Golden Hair’ and was usually depicted riding on a white horse. She was the lover of poet-hero Oisin; together they lived in Tir-na-nOg, the land of eternal youth.

Named for the River Clodagh, or Clody River, which runs through Co. Tipperary and Co. Wexford. Like most Irish rivers, the name is associated with a female deity.

This is the Irish form of Eve (Adam and Eve are Ádhamh agus Éabha in Irish). It means ‘life,’ but comes with all of the connotations of the name Eve, i.e. the mother of all the living.

This name means pleasant, beautiful sheen of radiant beauty. It was a common name for princesses among the royal families of Ireland that has been revived in recent years.

This name comes from the noun aine, which means "radiance, splendor, brilliance." The name is connected to fruitfulness and prosperity. In Irish legend, Aine, the Queen of the Munster fairies, was one of the wives of Fionn MacCool.

This name means “of pleasant, beautiful sheen” or “radiant beauty.” It is often interpreted as a diminutive for the word Eve, or, “little Eve.”

Fiadh is an old Irish word meaning “wild,” in the sense of a wild animal. It comes from the word for "wildlife," fiadhúrla.

This comes from the Gaelic word “aoibh,” which means beauty.

This means "radiant girl," and is often Anglicized as Louisa. It also refers to light.

This name means "swift." In the Irish legend, Eimear was the wife of warrior legend Cuchulainn, and was said to have possessed the six gifts of womanhood, which are beauty, a gentle voice, sweet words, wisdom, needlework, and chastity.

As the feminine form of the popular Irish boys’ name Sean, this name means “God is gracious.” The name can also mean “present.”

This is the Irish form of the name “Jane” or “Jeannette,” and means “God is gracious.”

From the Irish word “gran,” meaning grain or corn. In ancient Ireland, Grainne was the goddess of the grain or harvest. There is also a famous legendary Irish narrative, “The pursuit of Diarmuid and Grainne,” which is about the love triangle between Fionn MacCool, princess Grainne and Fianna member Diarmuid O’Dyna.

This name means "slim and fair" or "slender," deriving from the Gaelic word for slender, which is ‘caol.’

This name means "swift." In the Irish legend, Eimear was the wife of warrior legend Cuchulainn, and was said to have possessed the six gifts of womanhood, which are beauty, a gentle voice, sweet words, wisdom, needlework and chastity.

This name is likely derived from the Gaelic word "albho" which means ‘white.’ In Irish legend, this was the name of a female warrior in the Fianna.

This is the Irish form of Margaret. It means “pearl.”

This name comes from the word “clodhna,” meaning “shapely.” In some Irish myths, Cliodhna is the goddess of love and beauty. In some myths, she is the Queen of the Banshees.

This name means “maiden” or “daughter” from the Gaelic word “inghean” It can also be translated as “innocent” or “blameless.”

This name means “golden princess” or “golden sovereign” in Irish. Both the sister and daughter of Brian Boru had this name.

This name means “friend” and “beloved.”

The Irish variant of “eve,” this name means beautiful and radiant.

In Irish, “blath” means flower or blossom. It is the Irish version of Florence, derived from the Latin word Florentia, which means blooming or blossoming.

This name is rooted in the Irish word bronach, which means sad or sorrowful. Saint Bronagh is a venerated figure in Co. Down, where the name is popular.

This comes from "rionach," and means "queenly."

As the Gaelic form of the name Sarah or Sally, this name means “brightness” or “radiant.”

This is the diminutive of the name Fionnuala, which means “fair shoulder.” Sometimes used as an alternate for the name “Una,” which means lamb.

This name means Ireland, as the genitive case of the word Eire. Commonly Anglicized as Erin.

This name means lamb, from the Gaelic word uan. Sometimes the name is translated as “unity,” from “una,” the Latin word for “one.”

This is the Irish form of the Latin name Cecilia, the patron saint of music, and implies ‘pure and musical.’

This name means "sea white, sea fair." In Irish mythology, this was the name of a 6th century mermaid caught by a fisherman in Lough Neagh. He brought her to St. Comghall, who baptized her, transforming her into a woman.

This name can mean “rough” or “not gentle.” In Irish mythology, she was the powerful and ambitious mother of Conchobar (Conor) MacNessa, King of Ulster.

A variation of the name Finnguala, which means ‘fair shoulder’ or ‘white shoulder,’ from “fionn” meaning white and “guala” meaning shoulder.

In Irish this name means “kernel of a nut or seed.” There were at least nine Saint Eithnes. It is also associated with the name Aidan, which means “little fire.”

What's your favorite Irish language name? Let us know in the comments, below!