A beautiful mix of Irish names for girls, chosen by you, our readers! 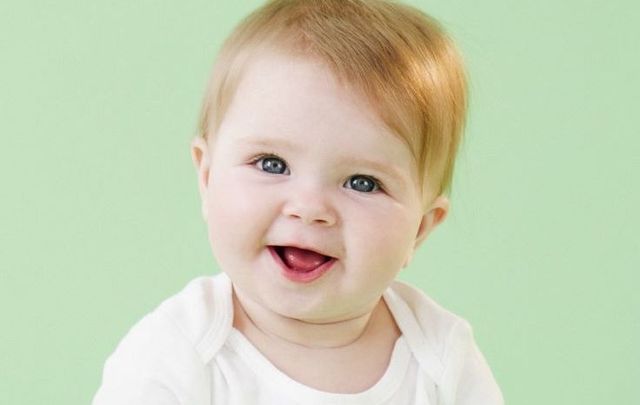 From Siobhan to Sadhbh - here are your top 30 Irish names for girls! iStock

Nearly 400 of you took the time to respond to our IrishCentral readers survey back in 2020, which asked you to share your favorite Irish names for girls, boys, and names that can be used for either girls or boys.

The results were a varied mix of stunning Irish names, proving yet again what great taste you all have.

Here are the top 30 favorite Irish names for girls and their meanings amongst IrishCentral readers (in descending order): 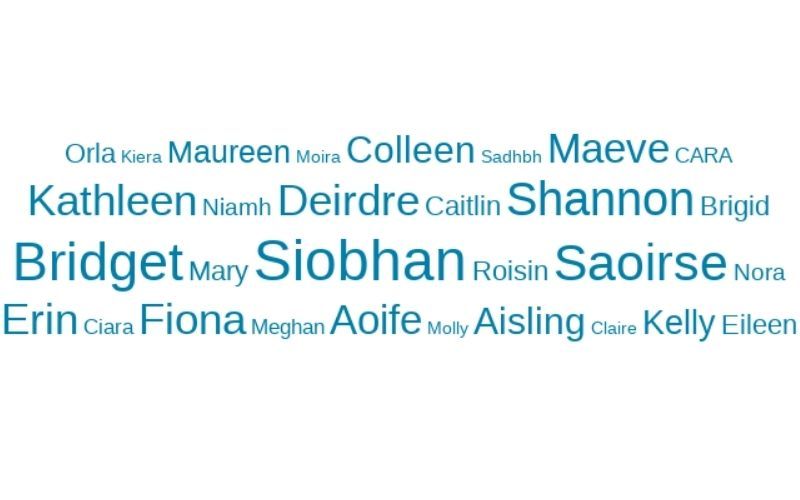 This name is derived from the noun brígh, meaning "power, strength, vigor, virtue." An alternate meaning of the name is "exalted one."

Kathleen is an Anglicized variant of the Irish name Caitlín, which derived from the name Katharine.

This name means beautiful, radiant, or joyful, and likely derives from the Gaelic word ‘aoibh’ meaning ‘beauty’ or ‘pleasure.’ In Irish mythology, Aoife is known as the greatest woman warrior in the world. She gave birth to the mythological hero Cuchulainn’s only son, Connlach, and was the daughter of a king of Connacht. Legend has it, her marriage was arranged by St. Patrick himself.

This is a common English language name of Irish American origin and a generic term for Irish women or girls, from the Irish cailín 'unmarried girl/woman', the diminutive of caile 'woman, countrywoman'.

Kelly is of Irish-Gaelic origin and derived from the surname Ó Ceallaigh. It means “descendant of Ceallach” and “warrior” (from Old Irish “ceallach” = war/strife).

The name Maureen means 'of the sea' or 'bitter.' It is the diminutive form of Maire (Mary).

The name Caitlin means Pure and is of Irish origin. Irish form of Catherine. Pronounced "Cotch-LEEN" in Irish or "KATE-lin" in English. It is the Irish version of the Old French name Cateline [katlin], which comes from Catherine, which in turn comes from the Ancient Greek Αἰκατερίνη (Aikaterine).

Brigid (or Bridget, which is also included on this list!) is a Gaelic/Irish female name derived from the noun brígh, meaning "power, strength, vigor, virtue".[1] An alternate meaning of the name is "exalted one".

While this name is not Irish in its origin, it is very popular in Irish and Irish American naming practices. Its several meanings include "bitter," "beloved," "rebelliousness," "wished-for child," "marine," and “drop of the sea."

Eileen is an Anglicized variant of the Irish names Eibhlin and Ailbhlin, which derived from the names Aveline or Helen. Eileen means “strength,” “little bird” and “desired” (from Aveline) and “torch,” “beautiful,” “light,” “bright,” and “shining” (from Helen).

Meaning radiance, luster, or brightness. In Irish mythology, Niamh was the daughter of Manannan, the god of the sea - she was known as ‘Niamh of the Golden Hair’ and was usually depicted riding on a white horse. She was the lover of poet-hero Oisin; together they lived in Tir-na-nOg, the land of eternal youth.

The Irish Nóra is likewise probably an Irish form of Honora. A diminutive form of Nóra is Nóirín; this name has numerous Anglicised forms, such as Noreen, Norene, Nóinín, and Norine. It is similar to the Arabic name Noor or Nura, meaning "fire, light, heat" amongst others.

This is the American pseudo-Irish spelling of Megan. The name Meghan means Pearl and is of Welsh origin. In the Greek tradition, Megan means mighty; strong, able; pearl; soft and gentle.

Kiera is an Anglicized version of Ciara, the name of a 7th-century saint, and means 'dark' or 'dark haired ' in Irish.

Claire or Clair is a given name of French origin. The word means clear in French in its feminine form.

The name can also be spelled as "Clare," which is a county in the southwest of Ireland. In Irish and English, it is the habitational name from Clare in Suffolk (probably named with a Celtic river name meaning ‘bright’, ‘gentle’, or ‘warm’). One of the first Normans in Ireland (1170–72) was Richard de Clare, Earl of Pembroke, better known as ‘Strongbow’, who took his surname from his estate in Suffolk.

An English form of the Irish name Máire, which derived from the name Maria. Moira means “destiny,” “fate” (from Greek “μοίρα/moira”) and deriving from Maria, Moira means “sea of bitterness,” “drop of the sea,” “star of the sea,” “rebelliousness,” “exalted one,” “beloved,” and “wished for child."

This is a diminutive of the biblical name Mary. Molly means “sea of bitterness,” “drop of the sea,” “star of the sea,” “rebelliousness,” “exalted one,” “beloved,” and “wished for child.