A fantastic mix of Irish names that are perfect for both boys and girls! 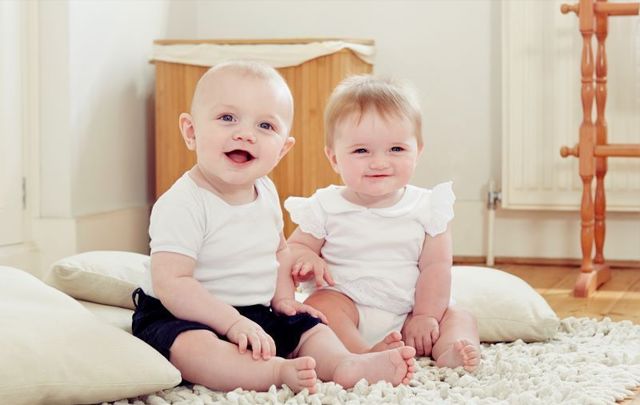 From Casey to Kieran - here are your favorite Irish names that can be used for either girls or boys! Getty Images

Nearly 400 of you took the time to respond to our recent IrishCentral readers survey, which asked you to share your favorite Irish names for girls, boys, and names that can be used for either girls or boys.

The results were a varied mix of stunning Irish names, proving yet again what great taste you all have!

Without further ado, we're pleased to share your favorite Irish names that can be used for girls or boys, below, in descending order with the percentage of the overall vote they received: 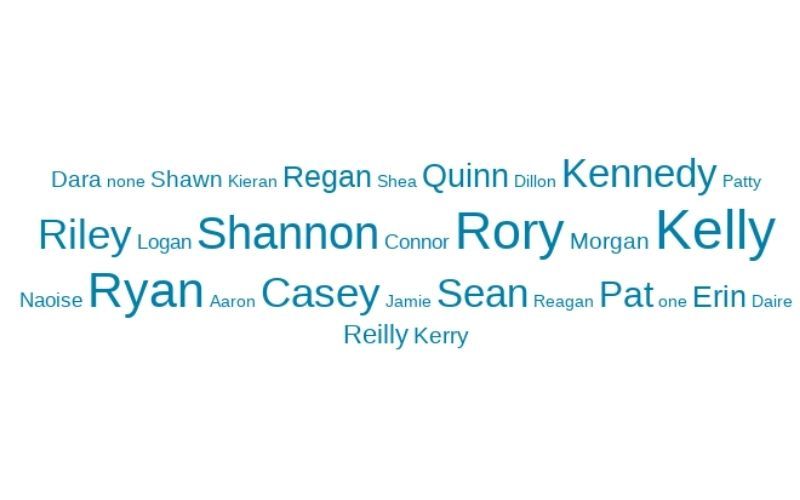 Kelly is of Irish Gaelic origin and derived from the surname Ó Ceallaigh. Kelly means “descendant of Ceallach” and “warrior." Taken from Old Irish “ceallach," which translates to war / strife. Kelly was traditionally a name used for boys but is now used for both boys and girls.

Meaning “red” or “rust-colored.” Borne by Rory O’Connor, the last high king of Ireland, who reigned from 1166-1170. Rory is an Anglicization of the Irish: Ruairí / Ruaidhrí / Ruaidhrígh / Raidhrígh / Ruaraidh.

Ryan comes from the Irish surname Ryan, which in turn comes from the Old Irish name Rian. Popular modern sources typically suggest that the name means "little king" or "illustrious," but the original meaning is unknown.

Riley is derived from the Old Irish surname Ó Raghallaigh or O’Reilly, but is less common in Ireland than in e.g. Australia and New Zealand. Riley also derived from several English place names. In Irish, Riley means “brave” and in Old English “rye clearing."

Casey is derived either from the Irish Gaelic cathasaigh, meaning "vigilant" or "watchful." From an Irish surname, an Anglicized form of Ó Cathasaigh meaning "descendant of CATHASACH."

Kennedy is an Anglicized form of Cinnéidigh, a masculine given name in the Irish language. This Irish name is composed of two elements: the first, ceann, means "head" and the second, éidigh, means "ugly."

The name Pat means Noble and is of English origin. It can be a derivative of Patrick, Padraig, or Patricia.

Quinn is an Anglicized form of the Irish surname Ó Coinn, and therefore means "descendant of Conn / Ciunn." As a first name, it means wisdom or intelligence.

The family name Regan, along with its cognates O'Regan, O Regan, Reagan, and O'Reagan, is an Anglicized form of the Irish surname Ó Riagáin or Ó Ríogáin, from Ua Riagáin. The meaning is likely to have originated in ancient Gaelic ri "sovereign, king" and the diminutive suffix -in; thus "the king's child" or "big king." The unisex forename Regan is likely to have derived sometime later from the Latin Regina "queen," the feminine form of Rex (stem reg-) "king," which is also the source of the name Reginald.

Reilly is an Irish surname (other forms include O'Reilly) and is derived from the Gaelic Ó Raghallaigh Sept that was based in Counties Cavan and Westmeath. As a forename, Reilly, a variant of Riley, means "courageous."

Also a surname in Ireland, Morgan in Irish is Murchadh, which means "dweller of the sea."

In its original form Ciarraighe (Ciarraí), Kerry denoted the people of Ciar (ciar-raighe), Ciar being the son of Fergus mac Róich, who gave his name to County Kerry in the southwest of Ireland. Ciarraighe was thus the name of the pre-Gaelic tribe who lived in the area of what is now County Kerry. In Old Irish, "Ciar" meant black or dark brown, and the word continues in use in modern Irish as an adjective describing a dark complexion.

An anglicized spelling of Seán, the Irish equivalent of John, originally meaning "Jehovah has been gracious" in Hebrew.

Taken from the Irish surname O’Logan, meaning "descendant of the warrior." Logan also has Scottish roots, where it means "little hollow / cave.”

The modern spelling of Naoise is a derivative of Naisi, Noíse or Noisiu in Irish mythology, who was the nephew of King Conchobar mac Nessa of Ulster, and a son of Uisneach (or Uisliu). As a forename, it loosely means "warrior."

A variant of Conor, this is Anglicized from the compound Irish word "Conchobhar," meaning "Lover of wolves” or “Lover of hounds.” Its popularity likely derived from the name of Conchobar mac Nessa, a semi-legendary king of Ulster in Dál Riata described in the Ulster Cycle of Irish mythology.

An Old Irish name, Daire, which is Anglicized to Dara, means "fruitful, fertile, rutty," as well as "violent." According to Irish legend, The Brown Bull of Cooley was owned by Daire Mac Fiachna, whose refusal to sell his bull to Queen Maebh was part of the reason for the fight between the provinces of Ulster and Connacht.

The Anglicized version of Ciarán, which means "little dark one" or "little dark-haired one," produced by appending a diminutive suffix to ciar ("black," "dark"). It is the masculine version of the name Ciara. The name became common in reference to Ciar, son of Fergus mac Róich, who gave his name to the Ciarraige and County Kerry, and two early Irish saints both counted among the Twelve Apostles of Ireland: Ciarán the Elder and Ciarán the Younger.

The name Shea means "hawk." It is sometimes the reduced form of the Irish surname O'Shea, which is the Anglicized form of Ó Séaghdha, a byname meaning ‘fine’ or ‘fortunate.'

An alternate spelling of Regan, which appears earlier on this list. The family name Regan, along with its cognates O'Regan, O Regan, Reagan, and O'Reagan, is an Anglicized form of the Irish surname Ó Riagáin or Ó Ríogáin, from Ua Riagáin. The meaning is likely to have originated in ancient Gaelic ri "sovereign, king" and the diminutive suffix -in; thus "the king's child" or "big king." The unisex forename Regan is likely to have derived sometime later from the Latin Regina "queen," the feminine form of Rex (stem reg-) "king," which is also the source of the name Reginald.

Dillon is a reduced Anglicized form of Gaelic Ó Duilleáin. As a personal name, it is a variant of Dallán meaning ‘little blind one.' As a forename, Dillon means "like a lion, loyal."