A wonderful mix of Irish names for boys, chosen by you, our readers! 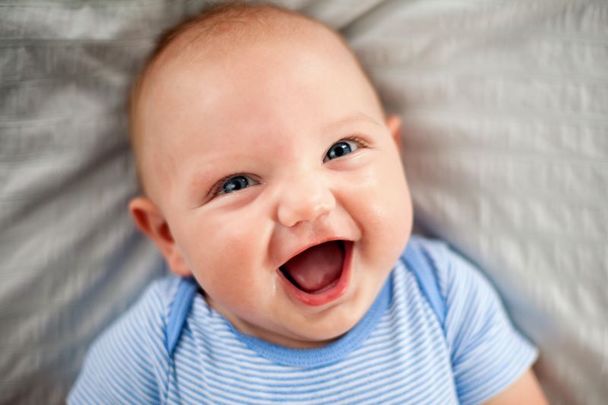 From Aiden to Tadhg - here are your favorite Irish names for boys! Getty Images

Nearly 400 of you took the time to respond to our IrishCentral readers survey back in 2020, which asked you to share your favorite Irish names for girls, boys, and names that can be used for either girls or boys.

The results were a varied mix of stunning Irish names, proving yet again what great taste you all have! 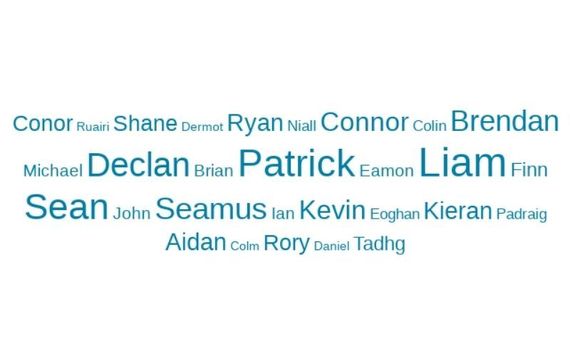 Patrick is the Anglicized form of the Irish name Padraig, from the Latin Patricius which means “nobly born.” The patron Saint of Ireland.

Declan is an Irish given name, an Anglicized form of the Irish saint name Declán, also Deaglán or Déaglán. The name is believed to mean "man of prayer" or "full of goodness."

An Irish male name of Latin origin, Seamus is the Irish equivalent of the name James, which is the English New Testament variant for the Hebrew name Jacob. It entered the Irish and Scottish Gaelic languages from the French variation of the late Latin name for Jacob, Iacomus; a dialect variant of Iacobus, from the New Testament Greek Ἰάκωβος (Iákōvos), and ultimately from Hebrew word יעקב (Yaʻaqov), i.e. Jacob. Its meaning in Hebrew is "one who supplants" or more literally "one who grabs at the heel."

A variant of Conor, which also appears on this list. Connor is an Irish male given name and is Anglicized from the compound Irish word "Conchobhar," meaning "Lover of wolves” or “Lover of hounds.” Its popularity likely derived from the name of Conchobar mac Nessa, a semi-legendary king of Ulster in Dál Riata described in the Ulster Cycle of Irish mythology.

Derived from the Irish name Caoimhin, Kevin means “kind,” “gentle,” “handsome by birth. From Old Irish “caomh," which means gentle, kind, or handsome, and “gin,” which means child or birth.

Ryan comes from the Irish surname Ryan, which in turn comes from the Old Irish name Rian. Popular modern sources typically suggest that the name means "little king" or "illustrious," but the original meaning is unknown.

The Anglicized version of Ciarán, which means "little dark one" or "little dark-haired one," produced by appending a diminutive suffix to ciar ("black," "dark"). It is the masculine version of the name Ciara. The name became common in reference to Ciar, son of Fergus mac Róich, who gave his name to the Ciarraige and County Kerry, and two early Irish saints both counted among the Twelve Apostles of Ireland: Ciarán the Elder and Ciarán the Younger.

A variant of Connor, which appears earlier in this list. Usually translated as “lover of hounds.” It can also mean “high desire,” as derived from the Irish word “coachuhhar.” Conchobhar MacNessa was the king of Ulster; according to the legend, he was born on the same day as Christ.

Meaning “gift from God," Shane is the Anglicized form of Sean.

A biblical name of Hebrew origins, Michael means “who is like God?”

Ian or Iain is a name of Scottish Gaelic origin, derived from the Hebrew given name יוֹחָנָן‎ (Yohanan, Yôḥānān) and corresponding to the English name John. The spelling Ian is an Anglicization of the Scottish Gaelic forename Iain.

This name means high, noble, and strong. From the Gaelic ‘brigh.’ The name has been incredibly widespread in Ireland, in honor of Brian Boru, High King of Ireland.

John is derived from the Latin Ioannes and Iohannes, which are forms of the Greek name Iōánnēs (Ἰωάννης), originally borne by Hellenized Jews transliterating the Hebrew name Yohanan (יוֹחָנָן‎). In Irish, it is written as Eóin or Seán.

Eamon or Eamonn (Irish spelling Éamon or Éamonn) is an Irish form of the English Edmund, which is derived from an Old English name containing the elements ēad ("prosperity, riches") and mund ("protector").

Daniel is a masculine given name and a surname of Hebrew origin. It means "God is my judge" (cf. Gabriel—"God is my strength"), and derives from two early biblical figures, primary among them Daniel from the Book of Daniel. In Irish, it can be Dainéil or Dónall.

The Anglicized version of Diarmuid, which means “without enemy.” It has been the name of kings, heroes, and saints. In Irish legend, Diarmuid was the lover of Grainne, and the most beloved member of the warrior band the Fianna.

Of Irish origin, Colm means dove in the Irish language. It is not an Irish version of Colin, but like Callum and Malcolm derives from a Gaelic variation on columba: the Latin word for 'dove'.