Irish names for girls reach new levels of popularity in the US, experts reveal

Two classic Irish names for girls have reached new levels of popularity in the US, according to the experts at Nameberry. 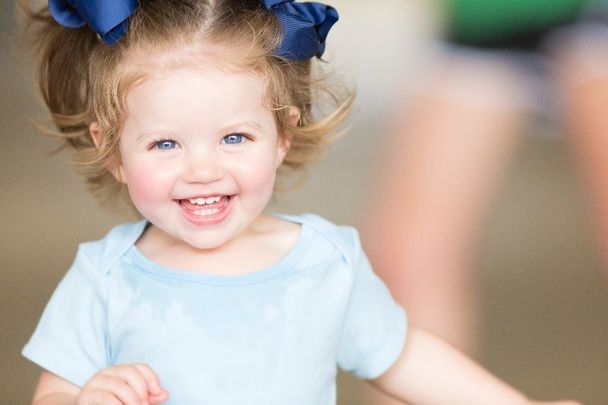 Maeve, an Irish name for girls that saw a surge in popularity in the past few years, “peaked” in 2021, according to the baby name experts over at Nameberry.

The Irish name Maeve ranked higher in the US in 2021 than it ever has before, Nameberry has revealed.

Amidst the Irish name's surge in popularity, Maeve was the second most popular name for girls on Nameberry's site in 2022.

However, looking ahead to 2028, Nameberry predicts that Maeve will dip in popularity to the 197th spot.

Here’s how Nameberry describes the Irish name Maeve: “The name Maeve is girl's name of Irish origin meaning 'she who intoxicates.'

“Maeve appears in Irish mythology in two forms, one as the powerful Queen of Connacht, the other as the queen of the fairies. Maeve of Connacht was a warrior queen, famous for starting a war in attempt to steal her ex-husband’s stud bull. Other spellings are Meabh, Medb and Meadhbh, which are connected to mead, a honey-based wine that was produced in many ancient cultures.

“Maeve is a short and sweet name that has become one of the most stylish Irish names for girls in the modern US. Maeve would make an excellent first or middle name choice, with more character and resonance than Mae/May and more modern charm than Mavis.”

Nameberry notes, however: “Irish spelling Meabh is popular in Ireland, but not recommended in the US.”

Another popular Irish name for girls, Nora, also reached a new level of popularity in the US in 2021 having been ranked 27th.

Nora was the 22nd most popular name for girls in the US on Nameberry's site in 2022.

Unlike Maeve, Nameberry predicts that Nora's popularity will grow, forecasting it to be ranked as the 18th most popular name for girls in the US in 2028.

"Nora has two separate origin stories, as a derivative of both Honora and Eleanor. The Irish and Anglo-Norman version derives from Honora, based on the Latin word honor. The Hungarians spawned Nora as a short form of Eleonora, a variation of Eleanor."