In search of an Irish name for a baby boy? Here are the top 50 and their meanings! 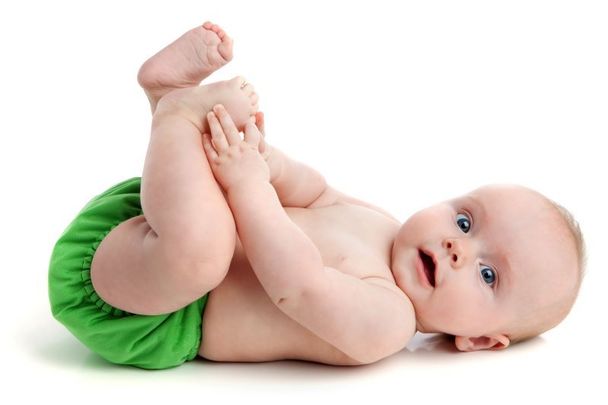 Do you have a baby boy on the way? Check out these Irish language baby names! Getty

Irish language names for boys are the perfect way to honor your Irish roots!

There's no shortage of beautiful Irish language names for baby boys - here are just 50 of them!

Meaning “little deer.” In Irish mythology, Oisin was a poet-hero, son of legendary warrior Fionn MacCool and the goddess Sive. His mother was turned into a deer by the Dark Druid, and she raised him in the forest for seven years; when his father found him while hunting, he recognized the boy as his own son and gave him the name “little deer.”

Patrick is the Anglicized form of the Irish name Padraig, from the latin Patricius which means “nobly born.” The patron Saint of Ireland.

Meaning “fair-headed,” “white” or “clear.” Other translations include “small blonde soldier” and “handsome.” Fionn MacCool was a central character in Irish folklore and mythology - he was the leader of the warrior band “The Fianna.” Known for being brave, handsome, wise, and generous.

This name means “little king” or “kingly.” Diminutive of the Irish word for “king,” which is “rí.”

Meaning “deer lover” or “friend of deer” as derived from the Gaelic “os” (deer) and “cara” (friend). In Irish mythology, Oscar was the son of the poet Oisin, and the grandson of the hero Finn MacCool.

The Gaelic form of the Latin “columba,” which means “dove.” It can also be translated as “the servant or disciple of Columba.”

Read More: These Irish baby names are becoming super trendy in the US

Meaning “strong in battle.” Derived from Gaelic “cath” (battle) and "val" (rule). It was the name of a 7th century Irish saint.

This name means “little wise person,” “old” or “ancient.” Derived from Sean with a diminutive suffix.

This is a very old name meaning “little seal,” derived from the diminutive form of “ron” (seal). There were twelve saints named Ronan as well as an ancient king of Leinster.

This name means “son of defilement,” from Gaelic “corb” (defilement) and “mac” (son). This was the name of a 3rd-century king of Ireland. Some think it means “charioteer.”

In Irish, Shay means hawk or hawk-like and noble.

This name means "brown-haired warrior." Derived from the Gaelic “donn” (brown) and “cath” (battle). Brian Boru’s son Donncha was a High King of Ireland until his death in 1064.

Derived from Gaelic “cille” and means “associated with the church.” Borne by several Irish saints.

This name means high, noble, and strong. From Gaelic ‘brigh.’ The name has been incredibly widespread in Ireland, in honor of Brian Boru, High King of Ireland.

This name means white, light, or pale. Some believe it to mean sallow, pale green, or “little pale green one.”

Likely derives from the Gaelic name Darragh, meaning ‘little oak.’ The oak tree is a powerful symbol to the Celts, representing nobility, strength, vitality, and wisdom.

This name derives from the Irish “Bréanainn” which comes from the word “brenhin” meaning prince.

This popular name comes from the Gaelic word “carraig” which means rock or crag.

This is the Gaelic variation of the Latin “columba” meaning dove.

“Ruler of the world” is the implied definition of this name, from “domhan” (world) and “all” (mighty).

This name means “without enemy.” It has been the name of kings, heroes, and saints. In Irish legend, Diarmuid was the lover of Grainne, and the most beloved member of the warrior band the Fianna. “Dermot” is the Anglicized version.

Meaning “fair-haired,” this name is associated with Saint Finbar, the patron saint of Cork.

This name means cub or puppy from the Gaelic word “cailean.” It can also be used as a diminutive of the name Nicholas, which means victor or victorious people.

From the word “con” meaning hound or wolf. Some say the meaning can also be “swift-footed warrior.” With the suffix “-an,” it means “little warrior.” According to Irish legend, Conan Maol (‘Bald Conan’) was part of the Fianna warrior band.

This name means "slender" from the Gaelic word "caol."

As a diminutive form of “Aod” which means fire, this name implies the meaning "born of fire" or "fiery." Popularized by Saint Aidan of Iona.

This is an old Irish name that means “swiftness” or “nimbleness.” Daithi, the last Pagan king of Ireland who ruled from 405-426 AD, had 24 dons.

This name comes from Fearghal, and means brave, courageous and valorous.

What's your favorite Irish name for boys? Let us know in the comments, below!