Learn the origin of the O'Reilly family name and other interesting facts. 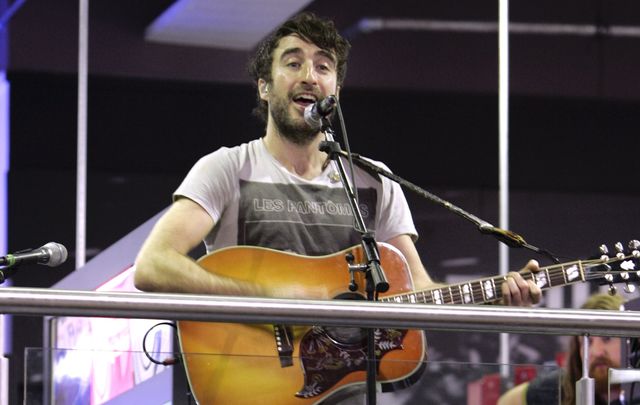 Daniel O'Reilly, frontman of the Irish band, The Coronas. RollingNews

Everything you need to know about the Irish surname O'Reilly - its meaning, origins, interesting facts, and famous people with the last name O'Reilly.

"Descendant of Reilly (extroverted one)."

Counties associated with the name O'Reilly:

"With fortitude and prudence."

History of the Irish surname O'Reilly:

The surname O'Reilly originates in County Cavan. The O'Reilly's were known as the Princes of East Breffny, descended from Raghallaigh, Prince of Breffny in 981.

They maintained their territory during the Anglo / Norman invasion of Strongbow, Earl of Pembroke, in 1172, but Sir John O'Reilly, Prince of Breffny surrendered the principality to Queen Elizabeth I thereby ensuring that his territories remained intact.

- Increasingly becoming a popular first name in the US.

- The O'Reillys were the most powerful sept of the old Gaelic kingdom of Breffny (Cavan and the surrounding counties), and the family is still prominent in the area.

- Bill O'Reilly (b.1949, American commentator and television show host of "The O'Reilly Factor" on the Fox News Channel

- John O'Reilly (Leader of The Saint Patrick's Battalion of Mexico)

Are you an O'Reilly? Done some family research on your name? Let us know what you've found, or just say hello to your fellow O'Reillys, in the comments section, below.