Holidays and holy days in Ireland provide time to remember, time to celebrate, and time to relax from New Years Day to St. Stephen's Day. 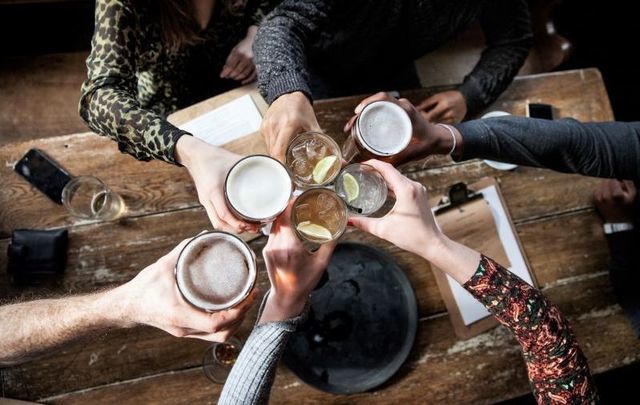 In normal times, Stephen's Day is one of the biggest nights out of the year for many Irish people. Getty

In Ireland, St. Stephen's Day is one of nine official annual holidays on the calendar. Always falling on December 26, the day after Christmas, this day has come to also be known as the "Day of the Wren" (pronounced "Day of the Ran").

There are many legends as to the origins of the Day of the Wren, or "Lá an Dreoilín" in Irish, but it generally focuses around a story in which the life of Jesus is likened to that of a little bird.

On the Day of the Wren, groups would go from door to door in their neighborhood wearing old clothes and straw hats and playing music and dancing. Depending on where you are from, these groups are either called Mummers or Wren-boys. This tradition has died out in all but a few small spots of the country in recent years.

Aside from the common American holidays, Ireland has a few special holidays of its own. Some of them stem from the Catholic tradition, while some were implemented to keep up with the rest of Europe and commemorate the working people. Holidays in Ireland provide time to remember, time to celebrate, and time to relax.

Here's a rundown on the other holidays observed in Ireland:

Ring in the New Year and hopefully ring out the hangover. This holiday wasn’t included in the original Irish Holidays (Employees) Act of 1939, but it was later added in by Statutory Instrument in 1974.

This coincides with the beginning of Celtic spring in Ireland. St. Brigid is known as Ireland’s foremost female saint, as well as Mary of the Gaels. As the patron saint of cattle and dairy, many farmers ask for her blessing on February 1. Tradition shows that many Irish bake oatcakes to welcome St. Brigid on her feast day.

After all, St. Patrick is the patron saint of Ireland! What better way to celebrate Ireland’s favorite saint than to close work and indulge in a little revelry? St. Patrick’s Day was first introduced as an official holiday in Ireland in 1903 under the Bank (Holiday) Act of 1903 which was initiated by Irish MP James O’Hara in UK Parliament.

These are, of course, the highest of holy days in the Catholic religion. Easter Monday extends the weekend, and all schools remained closed for the week. Without a doubt, this is a busy time for travel in Ireland. Good Friday is not technically a public holiday, but all state schools and most businesses close.

Commonly known as Labor Day or May Day, this holiday was penciled in in 1993 and first observed in 1994.

Bank Holidays -First Mondays in June and August, and last in October

These public holidays were added to the calendar after a series of Acts beginning in 1871.

This day honors the birth of Christ in the Catholic religion. The observance includes festive decorations of lights and trees, attending Mass and family gatherings and meals. And, of course, a visit from Santa Claus is in order for the well-behaved children!

This day, following the celebrations of Christmas, is to celebrate the first Christian martyr St. Stephen, who was stoned to death shortly after the Crucifixion. However, the Irish celebrations on this day have little to do with the Saint himself.

What's your favorite holiday in Ireland? Let us know in the comments!