Sligo is home to roughly one-third of Ireland's neolithic monuments. 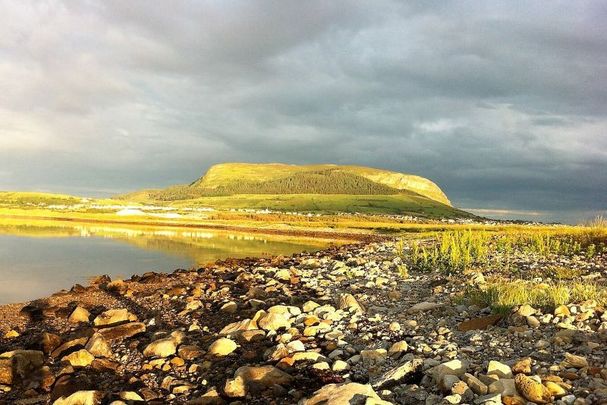 The council has teamed up with the Sligo Neolithic Landscapes Group - a voluntary group consisting of world-famous archaeologists that protects the county's heritage - to launch the bid and make Sligo's landscape of more than 85 Neolithic sites a World Heritage Site.

The monuments include Queen Maeve's Cairn atop Knocknarae - a huge neolithic tomb made up of more than 30,000 tonnes of stone that overlooks Sligo Bay.

However, there are several other sites included in the bid that are just as fascinating as Queen Maeve's Cairn, including the megaltithic cemeteries at Carrowkeel and Carrowmore. Sligo is also home to roughly one-third of Ireland's neolithic monuments.

Sligo County Council and the Sligo Neolithic Landscapes Group believe that World Heritage Status will put Sligo on the international stage. The groups hope to emulate Irish sites like the Boyne Valley in Meath and Skellig Michael off the coast of Kerry which have already been awarded the prestigious designation.

Dr. Robert Hensey, chair of the Sligo Neolithic Landscapes Group, said that the landscape of neolithic and megalithic passage tombs in Sligo is unique and that few sites around the world are so well preserved.

Dorothy Clarke, Director of Services with Sligo County Council, said that UNESCO World Heritage status would be hugely beneficial for Sligo tourism. She also said that it would allow Sligo to develop a tourism product based on its heritage and ensure that the sites are properly maintained and preserved.

The two groups argue that Sligo's pre-historic monuments are "under threat" from increased numbers of visitors, which has caused the condition to deteriorate at several sites. They say that the sites are in desperate need of "long-term management and conservation" to ensure that they survive for future generations and they believe that World Heritage Status would help preservation.

Other Irish sites like the Burren in County Clare and the Céide Fields in County Mayo are also engaged in the World Heritage Site appication process, which is a lengthy and complicated procedure.