Almost one-third of passage tombs in Ireland are in Sligo. 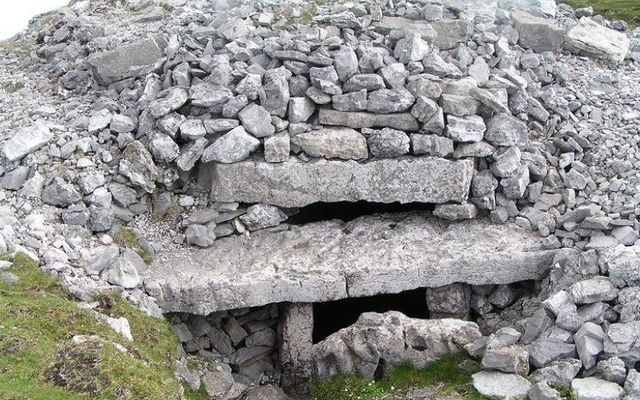 A Megalithic passage tomb in Carrowkeel is one of several that has been damaged in recent weeks. Cuchullain10/Wikimedia

Archaeologists have claimed that 5,000-year-old neolithic tombs in County Sligo are suffering vandalism on a "scale never seen before" with experts warning that the tombs will not survive unless serious action is taken.

Almost one-third of all neolithic passage tombs in the Republic of Ireland are located in County Sligo with a total of 75 tombs in the county.

The Sligo Neolithic Landscapes Group said that so much material had been taken from one passage tomb - Teach Cailleach a’ Bheara (the House of the Witch) - that there is now a hole large enough for an adult to lie in.

Dr. Robert Hensey, a neolithic expert, said that people are walking on top of some cairns so frequently that there is now a fear that they will be lost during this generation.

"Not only is there a fear that they won’t be there for future generations, they may be lost to this generation," Hensey told the Irish Times.

The Sligo Neolithic Landscapes Group is advocating for the county's neolithic heritage to be deemed a Unesco World Heritage Site and warned that the landscape is "very fragile" and under an "existential threat."

Increased footfall has additionally damaged one of Sligo's best-known landmarks, Dr. Hensey warned. Queen Maebdh’s cairn on top of Knocknarea has suffered walking scars, according to Hensey, due to the increased traffic.

The megalithic passage grave at Carrowkeel has also been plagued by graffiti, with several people scratching their names into the stones, potentially damaging the megalithic art.

Hensey additionally said that some people have been stealing quartz from some tombs to sell online, while others are looking for secret passages at tombs in the hope of finding undiscovered chambers containing treasures of gold or bronze.

Martin Kenny, a Sinn Féin TD for Sligo, Leitrim, North Roscommon, and South Donegal, is calling on Michael Malcolm Noon, the Minister for State for Heritage. to take action against the vandalism and to support the Sligo Neolithic Landscape Group in their bid to make the landscape a World Heritage Site.

He said that he has also invited the Minister of State to visit Sligo and see the tombs for himself.

"I have invited the minister of state to visit Sligo and see the sites for himself and he assures me that he will take action, immediately, to protect the tombs," Kenny told the Leitrim Observer.