The Monaghan man who filmed the devastation of Nagasaki and Hiroshima

Daniel A. McGovern, who was born in Co Monaghan in 1909 and went on to become President Roosevelt's designated cameraman and photographer, captured footage of Hiroshima and Nagasaki in 1945. 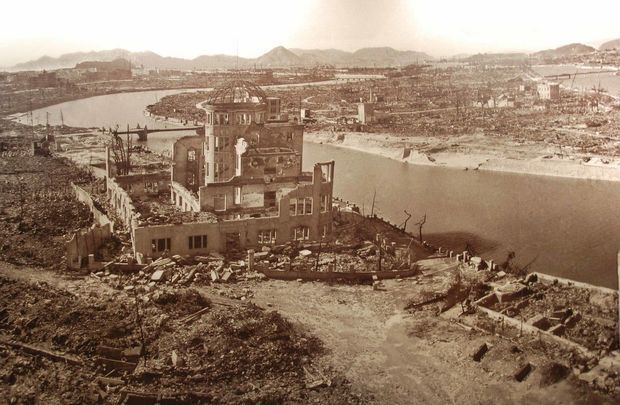 Joe McCabe's "Rebels to Reels: A biography of Combat Cameraman Daniel A McGovern" tells the story of the son of a Royal Irish Constabulary (RIC) sergeant who went on to become a lieutenant colonel in the US Air Force.

The new biography reveals the fascinating story of Daniel A. McGovern, who was born in Co Monaghan in 1909 and grew up in the police barracks in Carrickmacross.

McGovern, who met McCabe in a Monaghan library in September 1999, recalled how his family experienced the impact of the Dáil's boycott of the RIC.

"As the son of an RIC man, it was difficult for me to get along with the other young fellows. They would often abuse me, kick me and gang up on me. I had to defend myself," McCabe says McGovern told him upon their meeting in 1999.

McGovern's family emigrated to the United States following the establishment of the Irish Free State under the direction of the IRA.

He later joined the US Air Force, where he became a photographer and cameraman thanks to his proficiency in the use of motion picture and stills cameras.

Shortly after the United States entered World War II, McGovern became a designated cameraman and photographer for US President Franklin D. Roosevelt before later taking up a role training cameramen to film combat during the war.

He subsequently flew on B-17 bombing missions over Nazi Germany with the US 8th Air Force, filming combat footage that was later used in William Wyler’s wartime documentary "The Memphis Belle: A Story of A Flying Fortress."

McGovern survived two crash-landings during his time flying over Nazi Germany before moving to the Pacific Theater later in 1945. He first entered Japan after the Japanese had surrendered in September 1945 following the dropping of the second atomic bomb on Nagasaki.

On September 9, 1945, one month after the Fat Man atomic bomb had been dropped on Nagasaki, McGovern entered the devastated city for the first time.

He captured footage of Hiroshima, Nagasaki, and most parts of Japan over the next eight months before returning to the US and filming early American experiments on the captured German V2 rockets.

His footage now mostly resides at the US National Archives and represents the definitive photographic record of the only time in history when atomic bombs were deployed in combat.