The Irish nun who survived the Hiroshima atomic bomb

On August 6, 1945, the United States dropped a nuclear bomb on the Japanese city of Hiroshima killed at least 129k people but not Sister Julie Canny, from Galway, who survived. 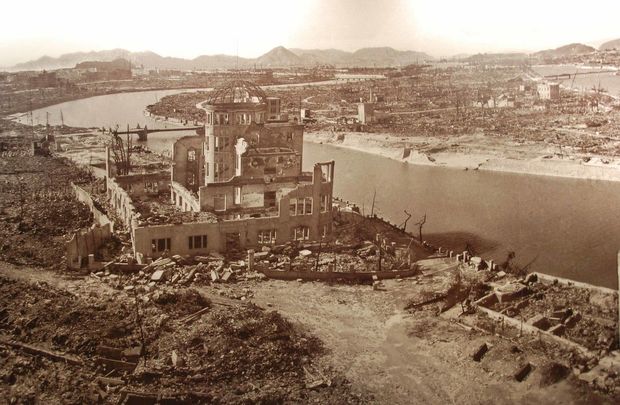 Today marks, August 6, marks the anniversary of the United States dropping nuclear weapons on the Japanese city of Hiroshima, during World War II, in 1945.

These were the final stages of World War II. The USA dropped two bombs, on Hiroshima and Nagasaki, on August 6th and 9th, killing at least 129,000 but not one very lucky Irish nun called Sister Julie Canny.

Before World War II broke out in 1939, Julie Canny, an Irish nun, was sent to a convent in Hiroshima. There she would become a witness to one of the most significant events of the 20th century 72 years ago.

She was born in Clonbur, County Galway in 1892. A late vocation, she joined the Society of the Helpers of the Holy Souls in New York. After she was sent to the convent in Japan, she was briefly interned by the Japanese who mistook her for an American citizen. When they realized she was Irish, she was released.

On August 6, 1945, the United States dropped the first atomic bomb on Hiroshima, killing between 70,000 and 80,000 Japanese civilians. Sr Julie, whose convent was located just two kilometers away from the epicenter of the blast, was in the garden of the convent saying her morning prayers when the bomb detonated.

Two years before she died at the age of 93 in Toyko in 1987, Canny gave an interview to Adrian Miller of the Andersonstown News recounting her memories of that day.

“Suddenly there was a huge bang in the sky, just above the city,” she recalled. “We were all thrown from our seats onto the ground. Realizing that it was a bomb, we quickly picked ourselves up and made a run for cover in the direction of the convent.

“We had only just taken shelter inside the convent when the entire building began to shake and give way. We turned and rushed outside again, the convent collapsing at our heels. The convent wall collapsed before our very eyes and beyond where the wall had stood until a few seconds before lay the remains of our neighborhood.

“There was hardly a building left standing. Everywhere people lay either dying or dead, burned — I was to learn later — from the flash of radiation.”

The nuns found shelter in a house owned by the Jesuits. A month later, Japan surrendered and Sr Julie, because she spoke English, was able to negotiate with the occupying American forces on behalf of those left injured or homeless after the bomb.

Dr. Aidan MacCarthy, an Irish doctor from Castletownbere, Co. Cork, was an eyewitness to the dropping of the bomb on Nagasaki on August 9th. A doctor in the RAF, he was a prisoner-of-war in Nagasaki when the second atomic bomb was dropped.

In his memoir "A Doctor’s War", he recalled how the blast from the bomb flattened a nearby Mitsubishi factory and instantly killed 500 female workers.

“Where the building had been hit,” he wrote, “they had been catapulted out, spread as a human carpet up to a distance of nearly a thousand feet, giving the impression of a nightmare doll factory.

“The majority lay as if asleep, unmarked and unburnt, still in their trouser suits, and seeming as though they were waiting to be replaced on a massive shelf.”

Dr. MacCarthy’s memoir of his experiences was published after he died in 1995.

Here is British Pathe footage of the aftermath of Hiroshima and Nagasaki: