Born of Irish parents in Missouri, "The Unsinkable Molly Brown" survived the sinking of the Titanic, World War I, and worked as an actress! 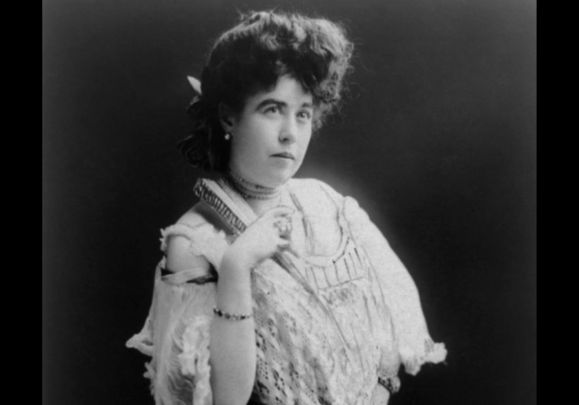 The Irish American socialite Molly Brown is remembered fondly ever since she died on October 26, 1932.

Historically, an immigrant’s life has rarely been easy. A foreigner in the land they’ve chosen to make their home, the odds pitted against them on so many fronts, it can be arduous enough to make a living, let alone an impact.

Those who manage to do so, to overcome their hurdles and blaze a trail, deserve remembrance and celebration. One such example, the daughter of two Irish parents and regarded as an American treasure, is the Titanic’s "Unsinkable" Molly Brown, who died on October 26, 1932.

Molly Brown was born Margaret Tobin to Irish Catholic parents John Tobin and Johanna Collins in Missouri on January 18, 1867. She gained worldwide fame and acclaim for her courage upon the sinking of the RMS Titanic, helping others to get into the lifeboats before she did.

After the great ship went down, Brown took an oar and persuaded the crew of lifeboat number six to return to search for survivors – against the will of Quartermaster Robert Hitchins.

Though less revered in popular culture, Molly’s life before April 15, 1912, was miraculous in its own right.

Molly’s first job was in a Colorado department store when she was 18. It was in Leadville, CO that she met her husband-to-be, James Joseph Brown, who was nicknamed J.J.

Also a first-generation Irish immigrant, J.J. had nothing to his name. He was enterprising, however, and Molly later declared, “I’d be better off with a poor man who I loved than with a wealthy one whose money had attracted me.”

J.J. was an engineer and his input was crucial to the discovery of a substantial ore seam at the Little Jonny Mine. His employer, Ibex Mining Company, gave him a seat on the board and 12,500 shares of stock.

The Browns, who had two children (Laurence and Catherine), moved to Denver, thus expanding their social horizons. Molly joined the Denver Women’s Club, which was dedicated to improving women’s lives through education and philanthropy. She learned French, Italian and German, and co-founded a branch of the Alliance Française.

The couple separated quietly in 1909 but continued to care for each other for the rest of their lives. According to their agreement, J.J. supported Molly financially so that she could continue her work.

Molly scarcely missed a beat. Just a year before the Titanic’s tragic voyage, she was instrumental in the establishment of America’s first juvenile court and devoted her substantial charitable efforts to the aid of destitute children.

In 1914, after surviving the Titanic tragedy, Molly ran for Senate but abandoned her campaign when World War One broke out to work with the American Committee for devastated France. She helped the wounded and rebuilt ruined buildings. She was awarded the French Legion of Honor.

Ever eager to try new things, Molly spent the final years of her life as an actress. She died aged 65 on October 26, 1932.

Molly is a glorious example of what a generous and courageous nature – plus a helping of Irish luck! – can achieve. She rose from humble beginnings and made the best life that an immigrant (or anyone) with the tenacity and zeal to chase the American dream could hope for.