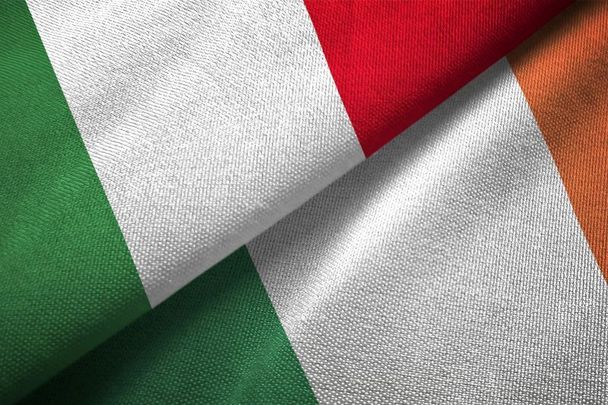 Now, how about we reconsider that St. Patrick's Day menu and spice it up with a bit of Italian?

On St. Patrick's Day, I think Pasta Fagioli may need to appear on the holiday specials menu, on top, just above those corned beef sandwiches. At the risk of being chased by a parade of green-clad Irish revelers who want to hit me with shillelaghs, I think the Italians were robbed of St. Patrick's Day.

Some folks may not know that St. Patrick – the Irish hero – was the son of a Roman diplomat living in England. So, where's the freaking bruschetta?

But, considering St. Patrick was Italian, could we throw in a little pizza and some tiramisu just to be fair? Based on the English factor, we may want to put some fish and chips on the menu, too, just to be politically correct.

I also think the Italians should be represented in some of the activities. This would make me a totally happy camper, considering my background includes Italian, Irish, and English.

Transitioning St. Patrick's Day to the Italians might change the complexion of the holiday just a teensy.

If the Italian influence were reflective of the Italian side of my family, every float in the parade would be filled with people shouting, talking with their hands and arguing about whose garden produced the best tomatoes and whose mother is most saintly.

In addition to encouraging everyone to drink, Italian holiday organizers would be guilting them into eating. Instead of green beer, the bar would be lined with glasses of red wine.

I'm not sure painting faces red instead of green would be a good idea because then people would just look embarrassed. And probably for good reason.

The bar circuit on an Italian St. Patrick's Day would not allow for barhopping but would require you to go to the watering hole where people from your ancestral region were celebrating. If you were of Calabrese descent and went to a Tuscan bar, an evil eye malocchio curse might cause you to choke on your Campari.

And there would absolutely be more Masses.

Yeah, picture Nana on the bar at Sullivan's doing Riverdance.

OK, maybe we should stick with the Irish. Besides, I can't give up my Shamrock Shakes.

*This column first appeared in the Erie Times News. Click here to read more of their stories.