What's behind the legend of St. Patrick banishing snakes from Ireland? It turns out Ireland's patron saint's divine intervention had nothing to do with it! 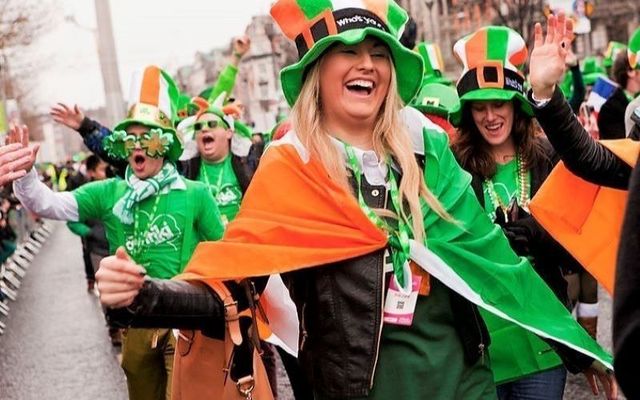 We all know our man St. Patrick, among many other things, as the man who banished snakes from the green fields of Ireland.

Yes, once upon a time, snakes were slithering and sliding around the Irish countryside, but their disappearance had absolutely nothing to do with any divine intervention.

Legend has it that St. Paddy stood on a hilltop, dressed in his formal green attire, and waved his staff to herd all the slithering creatures into the sea, expelling them from the Emerald Isle forever. And low and behold, there hasn’t been a snake seen in Ireland since 461 AD ( except for the odd household pet and zoo creature).

Snakes, according to the Smithsonian website, are just lizards with no feet. When snakes first evolved – about 100 million years ago – Ireland was still submerged under water, so migrating to Ireland wasn’t an option for the serpents.

However, when the ocean finally did drop and Ireland surfaced, it was attached to mainland Europe, therefore allowing the slithery creatures, to make their way onto the land.

Just three million years ago the ice age arrived, turning all snakes into popsicles. And since then, the climate has changed more than 20 times, often blanketing Ireland with ice. Because snakes are cold-blooded animals, they can’t survive in areas where the ground is frozen, so they all had an icy ending.

According to scientists, the last time Ireland was covered in ice was 15,000 years ago. After this time a snake would have comfortably survived in Ireland. However, Ireland had by then separated itself from mainland Europe, causing a 12-mile water gap – the North Channel – between Ireland and neighboring Scotland. The channel became a barrier that no terrestrial snake could cross. So the upshot of the story is, there are no slimy slithering serpents roaming the Irish countryside today because they have simply no way of getting there.

So why has St. Patrick been so heavily hailed as the hero that banished snakes from Ireland? Well, some believe that the snake was a symbol of paganism and it is St. Paddy that can be accredited for ridding Ireland of paganism and bringing Christianity to the green isle