How President Johnson hounded Irish American politician Michael Feighan of Cleveland into changing the face of immigration to the US. 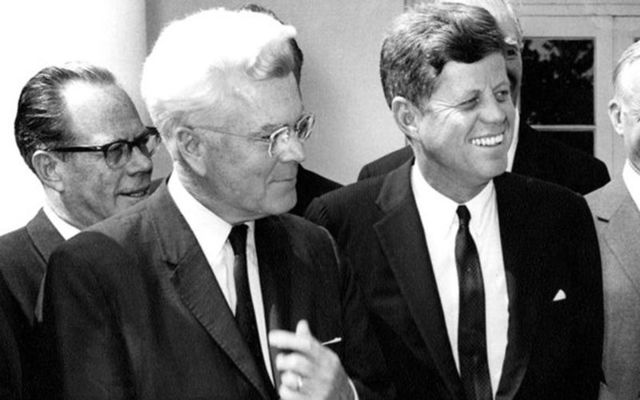 How one relatively unknown politician changed the face of immigration to the US.

Congressman Michael Feighan is hardly a figure anyone has ever heard of.

But in 1965, this obscure Ohio politician changed American immigration forever and all but ended Irish immigration to the United States.

It was Feighan, an Irish American, who shot down merit visas and European quotas and insisted on family reunification in the Johnson/Kennedy immigration bill, which utterly changed America.

In the 1960s civil rights era, doing something for fairer immigration become a priority. President Kennedy had wanted to do it but was assassinated before he got the chance. It then fell to President Lyndon Johnson and JFK’s brothers, Attorney General Robert and Senator Edward, to step up. 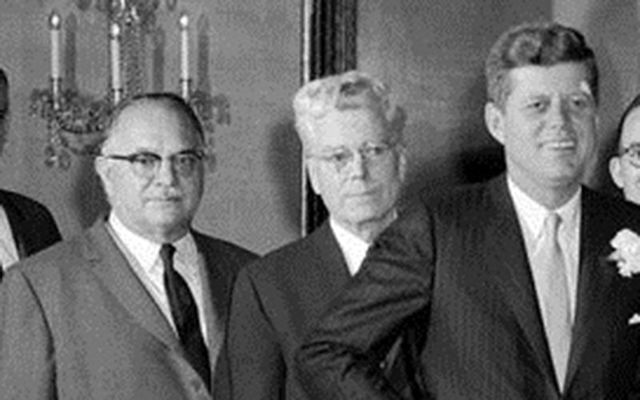 They all recognized one stumbling block. The head of the hitherto obscure immigration subcommittee, Feighan, wielded enormous power and Johnson knew he had to get the congressman onside to pass the bill.

Michael Feighan initially did not back Johnson and Kennedy's bill

The 51-year-old Feighan was elusive. He had a history of catering to conservative groups and was very cool to the new proposal.

His backers wanted to essentially retain the European quota and then add in some family reunification, a course of action that Feighan initially backed.

Then came an unexpected hitch.

In the 1964 election, Johnson won in a landslide at the head of the ticket, but Feighan just barely scraped in against Ronald Motti, a Czech American who accused Feighan of treating immigrants from countries outside the chosen few as second class.

Motti was mostly referring to Eastern bloc countries like his own Czechoslovakia, whose citizens were desperate to escape the Soviet Union.

Feighan's instincts were to keep quotas from Europe and bring in some unification of families. Following the election results, he realized he had to be more liberal towards families from outside the European charmed circle.

He knew Feighan would now have to agree to accept some new form of an immigration bill. He hounded the congressman, cajoled and browbeat him. He was good Johnson dispensing favorites one day, bad Johnson the next, warning him of dire consequences.

Johnson had Feighan travel on Air Force One and stop by the Oval Office. He assigned a staff member full-time to him. He wanted Feighan to sign off urgently. Johnson didn’t have the word “no” in his vocabulary.

When Feighan still dithered, Johnson put it about that he was running a candidate against Feighan in 1966. Finally, Feighan caved.

On June 1, 1965, Feighan submitted his substitute immigration bill. Instead of merit visas, he chose family reunification.

Johnson had his bill and it mattered little to him that it had changed priorities. Ironically, it was the Republicans who refused to continue with any quota at all from Western Europeans.

Senator Kennedy said, “Our cities will not be flooded with a million immigrants annually. The current ethnic balance will be unchanged.”

Johnson agreed. They could not have been more wrong.

How do you think the US needs to change its immigration policies? Let us know your thoughts in the comments section, below.