The upheaval in early May, 100 years ago, during the Irish War of Independence

The year 1920 was a firestorm of rebellious activity against the British occupying forces during Ireland's War of Independence. 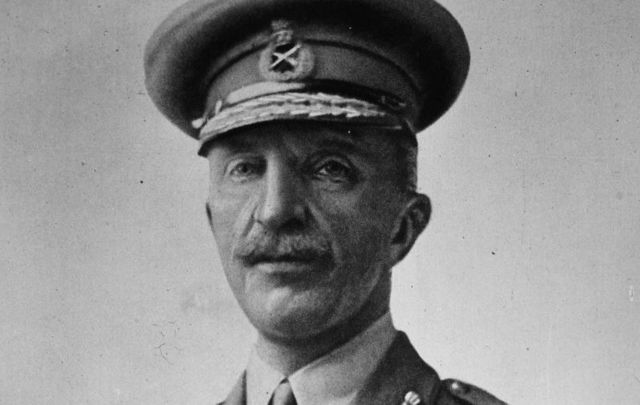 An excerpt from Echoes of Their Footsteps  Volume 1 by Kathleen Hegarty Thorne, researched by Patrick Flanagan.

The year 1920 was a firestorm of rebellious activity against the British occupying forces. All over the country, the IRA was menacing the powers-that-be in an effort to dig out the British from Ireland's soil.  Here's a snapshot of May activities from 100 years ago:

Early May  General Macready, head of the British Army in Ireland, declared his intention to take on the IRA with a larger, more mobile group of men. Field Marshall Sir Henry Wilson, chief of the imperial general staff, suggested instead that a list of hostages be announced. For every lone policeman killed, the British forces would apprehend five Sinn Féin members and shoot them. “My view is that somehow or other terror must be met by greater terror” (The Squad by T. Ryle Dwyer, p. 109)

Read More: Gun running from across the Irish Sea during the Irish War of Independence

3 May An RIC patrol cycling from Listowel to Ballylongford in Co. Kerry was attacked. Francis McKenna, who was fatally wounded, was a constable some have suggested played a part in the arrest of Sir Roger Casement in April 1916 (Police Casualties in Ireland 1919−1922 by Richard Abbott, p. 74). (Donal J. O’Sullivan, author of District Inspector John A. Kearney, was serving as Head Constable in Tralee at the time of Casement’s arrest. His detailed account of Casement’s capture [pp. 97−104] makes no mention of Francis McKenna, although other RIC members were present at the Tralee station at this time)

8 May Mick Leahy, O/C of the 4th Battalion No.1 Cork Brigade, led a successful attack on Cloyne Barracks. More arms and ammunition were secured. All roads to the barracks had been blocked, and thus reinforcement delayed three hours (My Fight for Irish Freedom by Dan Breen, p. 106) and (“From Day to Day,” Anglo-Celt, 15 May 1920, p. 5)

9 May Francis Aidan Gleeson died of complications after undergoing surgery at Mater Hospital in Dublin. He had developed a liver infection as a result of a hunger strike undertaken at Mountjoy. Gleeson was born in Liverpool but spent the last five years of his life in service to Ireland and her freedom (“Sympathy with County Cavan Gaelic Organiser,” Anglo-Celt, 15 May 1920, p. 8)

10 May The barracks at Newtownhamilton was set afire and attacked by the IRA but successfully defended by the resident policemen (Hearts and Mines The British 5th Division, Ireland, 1920−1922 by William Sheehan, p. 31). A notice in the Anglo-Celt claimed that the barracks was burned to the ground, which doesn’t sound like much of a successful defence (“From Day to Day,” Anglo-Celt, 15 May 1920, p. 5)

10−11 May  Luminaries attacked the Hollyford Barracks in Tipperary. O/C 2nd Battalion Tadhg Dwyer, Ernie O’Malley, Dan Breen, Sean Treacy, and Seamus Robinson were part of a group of men who attempted to capture the RIC stronghold. Despite O’Malley and Seamus Robinson climbing ladders to the roof and pouring in paraffin, the attack did not dislodge the garrison. Because dawn was breaking and it was suspected that reinforcements were to arrive soon, the IRA had to withdraw, but, alas, with no captured arms (My Fight for Irish Freedom by Dan Breen, pp. 107−110).

“Seamus Robinson and I tested our swinging weights and adjusted our network of ropes, but I felt like a Christmas tree loaded down with unwelcome presents and prickled with the rough edges of determination.”

11 May A new group of Auxiliary soldiers for Ireland was created by the British cabinet at the suggestion of Winston Churchill, Secretary of State for War. Churchill wanted retribution for all the policemen being killed in Ireland, and he wasn’t seeing it in the number of dead Sinn Féiners. Known as the Auxiliaries “Auxies,” these men were ex-British army officers. Better paid than the Black and Tans, they were hardly better behaved (The Squad by T. Ryle Dwyer, p. 106) and (Tans, Terror and Troubles by T. Ryle Dwyer, p. 203)

11 May The sergeant who had figured prominently in the inquest of Mayor Tomás MacCurtain was himself killed, along with a fellow member of the force. Sgt. Denis Garvey and Constable Daniel Harrington fell in Cork city (Police Casualties in Ireland 1919−1922 by Richard Abbott, p. 76)

12 May Three barracks in north Sligo (Rosses Point, Drumcliff, and Strandhill), all of which had been abandoned by the police, were rendered uninhabitable. Eleven days later, the barracks at Coolaney also went up in flames (Sligo 1914−1921 A Chronicle of Conflict by Michael Farry, pp. 197−198)

12 May The Kiltimagh Company in Co. Mayo arranged for the destruction of the Bohola Barracks. Paraffin oil and petrol were secured and roadblocks were constructed. Unaware of the power of petrol combined with fire, Sean Corcoran and Martin Mooney were engaged in sprinkling petrol over the wooden floor of a barracks room that was already engulfed in flames. A terrible explosion ensued. Corcoran was able to get out of the building, but Mooney and P. J. Carney (O/C Bohola Coy.) were left inside. Tom Ruane, the Vice O/C of the East Mayo Brigade, burst through the front door and rescued the two men trapped in the inferno. Corcoran, Mooney, and Carney were badly burned. Corcoran and Mooney were conveyed to a nearby licensed premise, where they remained until the next day, when Sean Ruane brought Dr. Ferran of Swinford to the severely charred men. When in Swinford, Ruane also persuaded Dr. M. Staunton to go to the house where the injured Carney was languishing. Corcoran and Mooney’s wounds were dressed and they were conveyed to the house of Corcoran’s sister on the outskirts of Westport. Their wounds were tended by Dr. Moran, who quickly saw the need for protective recovery time. He sent the men to the County Hospital in Castlebar, where they were registered under their mothers’ maiden names. This entire operation had a dampening effect on all the local Companies. The rank and file and some of the officers lost confidence in their abilities and judgment, “and that lack of confidence had effects that were never overcome” (Witness Statement of Sean Ruane, as quoted in A History of the East Mayo Brigade 1913−1921 by James Reddiough, p. 21−22)

13 May John McDermott of Lisbally, Sligo, died from conditions endured in Derry jail. His health had begun to fail shortly after his release (Sligo 1914−1921 A Chronicle of Conflict by Michael Farry, p. 234)

13 May Three brothers with the surname Jordan were sentenced to six months in Tuam for cutting the hair of a girl who was keeping company with a British soldier. “Fraternising with the enemy” was frowned upon in all quarters of the IRA (“From Day to Day,” Anglo-Celt, 15 May 1920, p. 5)

14 May The British Army issued orders that all captured arms and ammunition were to be kept in military, not RIC, custody (Hearts and Mines The British 5th Division, Ireland, 1920−1922 by William Sheehan, p. 55)

15 May A riot in Derry involving both the IRA and the Ulster Volunteer Force (UVF) resulted in the death of Sgt. Denis Moroney (Police Casualties in Ireland 1919−1922 by Richard Abbott, p. 77)

15 May James Dalton, one of the founders of the Limerick Volunteers, was mistakenly shot as a spy. He had been seen cajoling the local police and was observed leaving the home of Constable O’Mahoney. Their perceived friendship seemed to indicate traitor-like behaviour. However, the Witness Statement of Frank Thornton dictated many years later indicated that Dalton was a double agent who obtained important information from his contact with the RIC (The War of Independence in Limerick 1912−1921 by Thomas Toomey, pp. 283−285)