The teenage girl, Cork rebel whose story you will not believe

Gun-touting, armor-wearing, fearless - Mary Bowles's defiance to lay down to the Black and Tans and British Court in Cork is simply incredible. 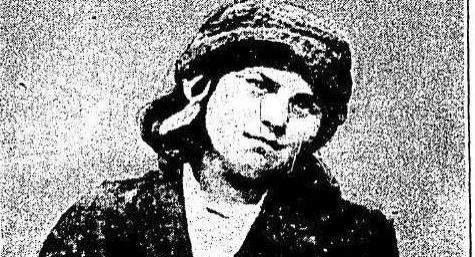 Mary Bowles (16), "Pride of Clogheen", even after arrest refused to admit guilt or provide information on the IRA.

Mary Bowles (16), of the 1st Cork Brigade of the IRA, was arrested wearing armor and carrying a machine gun, two revolvers, an automatic pistol and ammunition. No one was going to mess with her!

What occupies the mind of your average teenage girl these days? Posting selfies on Instagram, reading teen mags, hanging out with their boyfriends?

Mary Bowles wasn’t your average teenage girl. Mary was a machine gun-toting, armor-plate-wearing, empire-crushing War of Independence fighter. A teenage female Volunteer from Clogheen village in Couty Cork, a little over 100 years ago.

When Mary, otherwise known as "the pride of Clogheen", wasn’t carrying around automatic weapons or doodling machine gun parts on the walls of her prison cell, which we'll come to later, she liked to spend her time riding her horse at full gallop through groups of occupying British soldiers on patrol in her area. Riding so hard that they’d have to jump out of the way to avoid getting ridden over.

Engaging in the sort of activities that would cause child social services to spit out their coffee mid-gulp in shock.

Miss Bowles (16) was at home one day when a British counter-insurgency operation swooped down on her village in Clogheen and started a house-to-house operation to search for weapons.

While most grown men would be wetting their britches at the thought of the Black and Tans kicking down their door and finding automatic weapons in their house. Mary swung into action. She knew exactly what she had to do - stash the weapons.

Mary grabbed the arms, snuck out the back door and made it to a nearby field carrying a loaded pistol, revolver and light-machine gun.

At this stage, the marauding British troops caught up with her and placed her under arrest. Oh yeah, I forgot to mention, she was also wearing bullet-proof armor-plating at the time!

This is where it gets interesting.

After being dragged into custody by the aforementioned, equally feared-and-hated, World War I-veteran military force in Ireland, otherwise known as the Black and Tans. Mary strolls into badass Valhalla by not only refusing to give up her comrades during her lengthy interrogation.

Later, after being dragged before a British court. She refuses to enter a plea or recognize the legitimacy of the British court in the country of Ireland.

Mary then whiled away her prison time in her cell by sketching out - accurately - the various gun parts of a selection of machine guns. Mary, a 16-year-old made Mad Max look like Barney the Dinosaur.

She went on to serve time in a women’s prison before being locked up in a reformatory. Where she probably scared half the nuns to death.

I think it’s safe to say, Mary Bowles pulled off maneuvers that would make an adult male, Irish Volunteer fighter in the war go visibly pale. That Mary’s name would have been spoken of in reverent, hushed tones by groups of seasoned rebels setting out to ambush British Army patrols.

Mary’s conduct during the war was so badass that you’d call BS if you saw it in a Hollywood movie. If you were in the Clogheen area of Cork, Ireland over 100 years ago. And you saw the occupying British Army fleeing for their lives. Then Mary Bowles was almost certainly in the area.

We salute you, Mary Bowles.

No serial human rights abuses, no burning down of Cork city, no standing order to shoot-on-sight innocent civilians by the Crown police force against the population in Ireland during the country's brutal War of Independence against the British Crown would make Mary lie down in the face of tyranny.

The grateful nation of Ireland thanks, Mary Bowles.

* This article was written by rebel-history enthusiast and Irish tour guide Dara Burke from Cork city, Ireland. When he’s not running RebelCityTour.com. He’s writing content for the web and studying Irish rebel history. So if you’re looking for things to do in Cork city get in touch at info@rebelcitytour.com.