Lord Mountbatten was “devastated” by his wife’s affairs

A 2019 biography about Lord Mountbatten details how "devastated" he was with his wife Edwina's affairs. 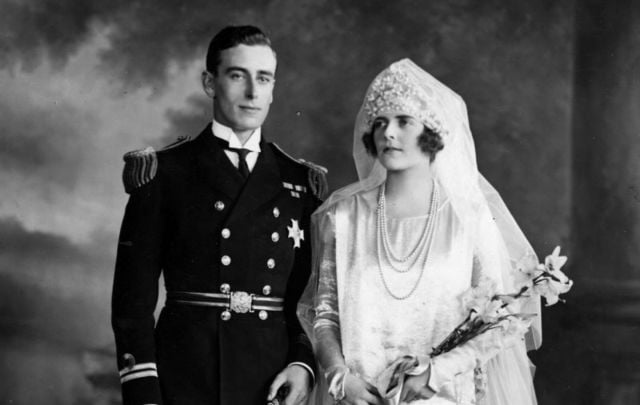 The British lord killed by the IRA had a scandalous marriage, the biography "The Mountbattens: Their Lives and Loves" reveals.

A biography about Lord Louis Mountbatten reveals that the British royal who was killed by the IRA in 1979 was “devastated” by his wife Edwina's affairs during his lifetime.

In his book ‘The Mountbattens: Their Lives and Loves,’ British historian Andrew Lownie reveals that the famous couple eventually agreed upon an open marriage, fearing the shame they would incur if they chose to divorce.

In 1922, Lord Mountbatten married Edwina, who was considered among the most beautiful people in England at the time. The duo would go on to endure a marriage that was marked with a series of affairs, with Edwina, who was described as “sex-obsessed,” engaging in as many as 18 trysts.

According to Lownie, Lord Mountbatten once said: “Edwina and I spent all our married lives getting into other people's beds.”

Lownie's book also cites a letter he wrote to his wife that said: “I wish I knew how to flirt with other women, and especially with my wife.”

“I wish I had sown many more wild oats in my youth, and could excite you more than I fear I do.”

As Edwina became a hot topic in the press, as did her affairs. Lord Mountbatten and his wife eventually agreed upon an open marriage, in order to spare themselves the shame of a divorce.

The couple’s daughter Pamela said: “When my father first heard that she had taken a lover, he was devastated.”

“But eventually, using their reserves of deep mutual affection, my parents managed to negotiate a way through this crisis and found a modus vivendi (way of life).”

Recalling the nature of her mother’s behavior, the couple’s other daughter Pamela once revealed: “When my mother returned from shopping one day she was met with ‘Mr. Larry Gray is in the drawing-room, Mr. Sandford is in the library, Mr. Ted Phillips is in the boudoir, Señor Portago [is] in the anteroom and I don't know what to do with Mr. Molyneux.’”

In 1932, after they agreed upon their 'open marriage,' Edwina was rumored to have been engaging with an affair with West Indian cabaret singer and pianist, Leslie ‘Hutch’ Hutchinson, at the London hotspot Quaglino’s. Given the time period, it would have been the pinnacle of scandal for a woman of Edwina’s status to be engaging with a black man.

Distressed by the affair, a drunken Lord Mountbatten allegedly told the bandleader at Quaglino’s one night:  “I am lonely and sad and drunk... Hutch has a p**** like a tree-trunk, and he’s f****** my wife right now.”

Edwina, however, was not the only one engaging in affairs. In 1932, Mountbatten began his own affair with Yola Letellier, a 20-something-year-old who was married. The two reportedly continued their relationship until Mountbatten’s death.

Recently disclosed FBI reports, which slammed the couple as "people of extremely low morals," speculate that Lord Mountbatten was "a homosexual with a perversion for young boys."

Edwina died in her sleep of unknown causes in 1960. Lord Mountbatten was famously killed in 1979 when a bomb that was planted by the IRA exploded in a boat he was fishing off the coast of Mullaghmore, Co Sligo.