Roughly 60 newly-discovered royal graves in the north and west were of British or Irish Celtic origin, according to a new study. 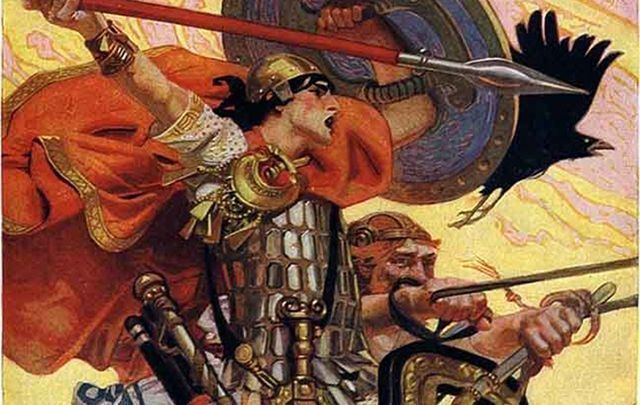 Artist's depiction of the Celts. Picasa30

A number of English kings in the post-Roman era were of Irish origin, with several Celtic tombs uncovered in the west and north of Britain.

Professor Ken Dark of the University of Reading and Spain’s University of Navarra, a leading expert on the period immediately after the collapse of Roman rule in Britain, has published a new report revealing the locations of between 55 and 65 Celtic-British royal graves from the dark ages.

The newly-discovered graves are located in Wales, Cornwall, Devon, and Somerset and share several similarities with Irish royal tombs, according to Dark's research.

England consisted of a series of tiny states following the collapse of the Roman Empire in the 5th century, with Anglo-Saxons of Germanic origin dominating in the south and celts of British and Irish origin ruling in the north and west.

The names of the kings buried in the newly-discovered graves are currently unknown, but Dark says that they are likely to have been kings, sub-kings, or other royals in the British kingdoms of Gwynedd (northwest Wales), Dyfed (southwest Wales), Powys (central east Wales), Brycheiniog (modern Breckonshire) and Dumnonia (now southwest England).

The study of early Celtic graves in Britain remains in its infancy. Archaeologists only ever identified one definite indigenous British royal burial site, while the graves discovered by Dark represent just 0.1% of British-Celtic dark age burials.

The graves have square or rectangular ditched enclosures around them, while many appear to have entry gates or access causeways. The enclosures, which measure up to 10 meters squared, often feature timber posts or a stone-lined pit.

The graves had been gradually discovered over the years, but Dark is the first scholar to realize their probably royal status.