Secrets about the Kennedy family you didn’t know

Behind their glamorous looks and “Camelot” fame, the Kennedy dynasty family had an array of dark secrets. 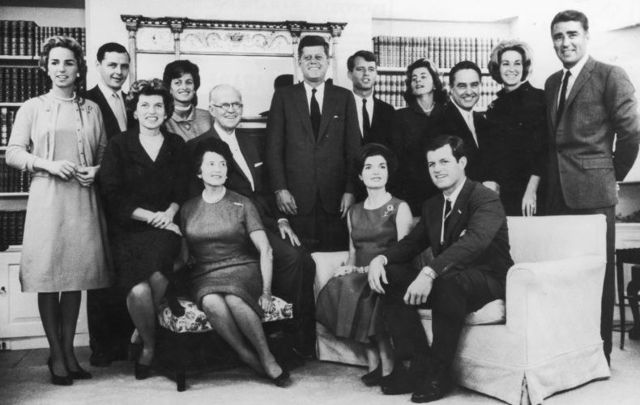 While glamorous, the Kennedy family dynasty was marked by great tragedy and dark secrets. Getty

The Kennedy dynasty held a vast array of secrets behind their glamorous looks and so-called Camelot fame.

The hidden happenings took place before, during, and after John F. Kennedy’s presidency - from missing and shunned siblings to gambling addictions, promiscuity, family rules, infidelity, and bribery.

Biographers slowly started to debunk the theory that JFK’s presidency was akin to the story of Camelot, showing the public that underneath the dynasty’s image of perfection and ambition was a collection of sinister undertakings.

Referred to by biographers as “The Missing Kennedy,” Rosemary Kennedy was the eldest daughter of the dynasty, who was forced by her father to undergo a wrongful frontal lobotomy that, at age 23, left her unable to speak or walk.

Her parents Joseph and Rose had feared their daughter was severely learning disabled as she had a low IQ, and had technically the mental capacity of someone aged 8-12. So when she grew older and quite physically alluring, attracting admirers, her parents found her sexuality to be “dangerous” and didn’t let her leave the house, which resulted in violent tantrums and acting out.

Her parents feared that their daughter’s mental state would puncture the family’s image of perfection and ambition, and so Joseph decided to bring Rosemary to a facility in upstate New York to have a prefrontal lobotomy performed when all she had needed was psychological therapy.

In the operating room, the doctor asked Rosemary to speak the months of the year aloud to him and tell him stories, as he scraped away her brain tissue, stopping when she could barely speak anymore. The procedure left her completely disabled, and she was kept hidden away from the public eye. Her story didn’t become public knowledge until over forty years later. 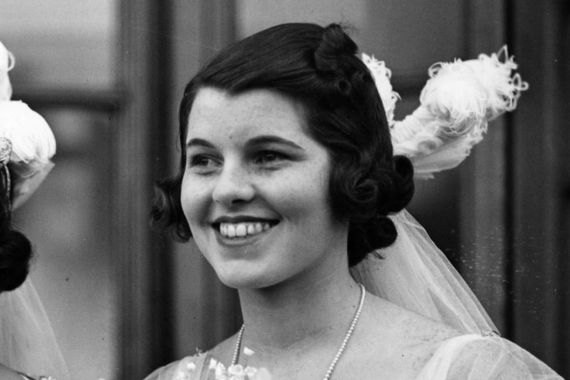 Because of her husband Joseph’s known infidelities, matriarch Rose Kennedy taught all of her daughters-in-law to ignore the inevitable infidelities of her sons. It became such a regular aspect of Kennedy relationships that they were rarely mentioned between partners, and were both accepted and ignored.

JFK had an array of known mistresses, including Marilyn Monroe, White House intern Mimi Alford, and actress Marlene Dietrich - in retaliation, Jackie rounded up extramarital affairs of her own, including Marlon Brando, Paul Newman, and Warren Beatty. In one known story told by a friend of Jackie’s, Jackie once found a pair of women’s underwear in her White House bedroom and handed them to John, saying coolly, "Can you find out where these came from? They're not my size."

Jackie and John had a tumultuous marriage and came to see their partnership as just that, maintaining love for one another as parents while ignoring yet accepting the infidelities under the surface.

In a 2013 article for The Atlantic, journalist Caitlin Flanagan wrote: “Their time together was unsullied by domestic drudgery, enriched by their shared love of reading and gossip, made meaningful by the joy of raising two children and the sorrow of losing two others.” 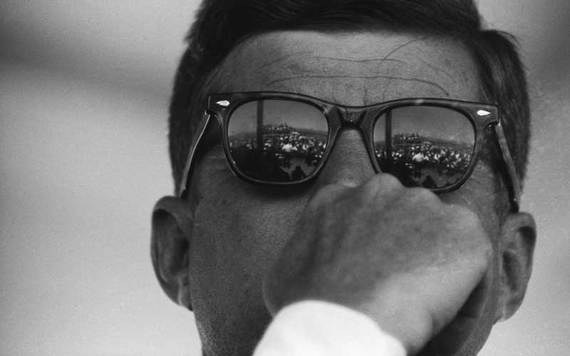 Kathleen “Kick” Kennedy is referred to by biographers as the Kennedy family’s “forgotten sister.” She had a zest for life and a rebellious spirit, but was shunned by her devoutly Catholic family for marrying Protestant English aristocrat William Cavendish, Marquess of Hartington, whom she charmingly called “Billy.”

It was a known fact that Kick had been her father’s favorite, and had previously had quite a close relationship with her brother JFK, but marrying outside of the church was considered to be the biggest sin possible. Only one Kennedy was in attendance at Kick’s wedding - her older brother Joe Jr. Four months later, William Cavendish was killed at war.

Soon after, Kick died in a tragic plane crash at the age of 28 alongside her new lover, Peter Wentworth-Fitzwilliam, 8th Earl Fitzwilliam, who’d been married to someone else at the time. The only Kennedy to attend her funeral was her father.

Although Kick was shunned by her family, she was a big hit in England, widely loved for her charming and humorous personality. Her niece and namesake wrote of her aunt: “She was idiosyncratically charming. She would call the Duke of Marlborough ‘Dukie-Wookie’ and chewed gum walking down the streets of London.”

Lady Jean Ogilvy recalled a dinner party where Kick threw a bread roll down the table at a guest: “If someone else had done that, it might have been rude or shocking...but she had this way about her that made it seem an absolute liberation.” 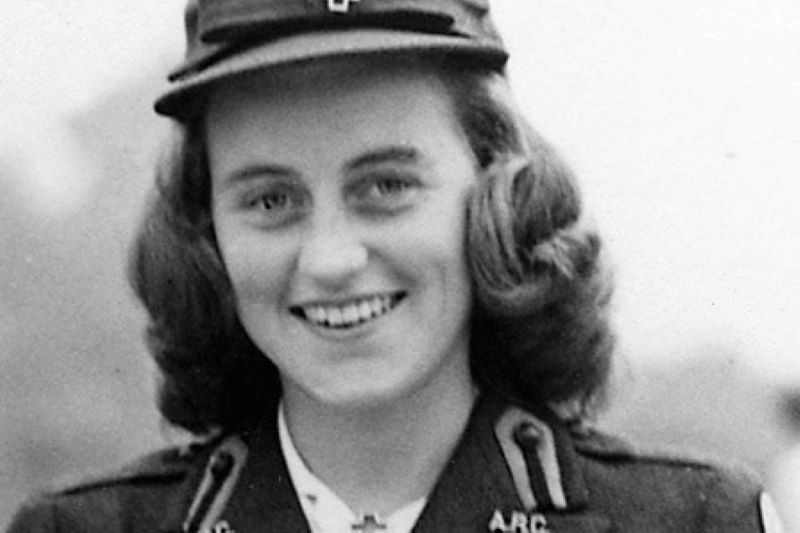 As the closest America’s come to a Royal Family, it’s no surprise that the Kennedys had behavioral rules to abide by. Matriarch Rose Kennedy took these rules very seriously: the most important one was “Kennedys don’t cry.” It’s no secret that the family was faced with an extraordinary amount of early death and tragedy, but Rose has said in an interview: “It would be selfish and demoralizing to focus on our tragedies. When the children come home, we try not to talk about [them].

There was a saying after Jack died, for the grandchildren, no crying in the house. If you cry, you'll be sent back to wherever you come from. I insisted that.” In interviews, she also discussed being obsessive about tracking the weight of her children and did not allow them to eat certain foods, as she wanted them to stay lean. She also admitted to physically punishing them with a ruler when they misbehaved at the dinner table.

Dinners in the Kennedy household were more about work than family bonding: the kids were given topics to learn upon and had to present reports on the subjects at dinner. In a biography by Evelyn Lincoln, she wrote: “If the children arrived even seconds late, they did so at their peril. If one of their guests was tardy, Joe would often fly into a rage and administer a tongue-lashing. One such victim, a pal of Jack’s who never returned, later recalled.

‘The other kids, including Jack, sat around the table, heads bowed, apparently frightened to death.’ The children stood when their mother entered. They were required to listen attentively when their father lectured on any topic (sometimes with a map) and to respond clearly and intelligently when he asked detailed questions about their activities, current events, and matters of general knowledge. There was never to be silliness, irreverence, or even relaxation at a formal family meal.’” 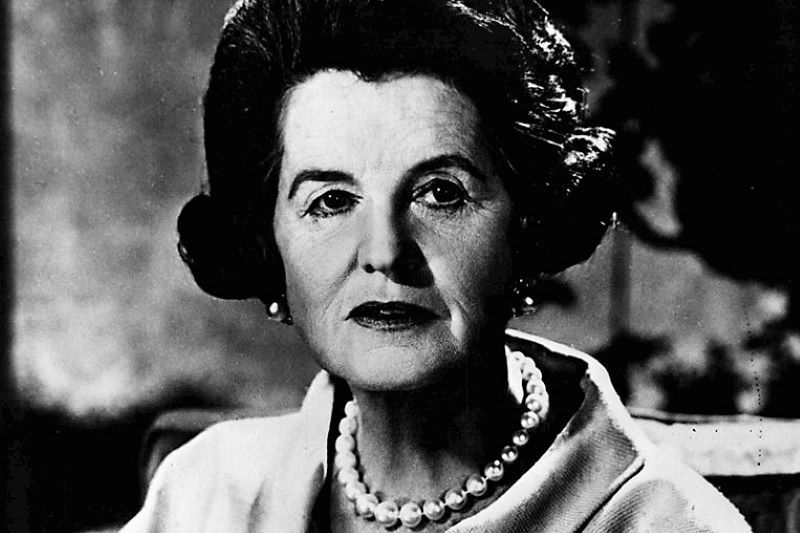 In "Jacqueline Kennedy Onassis: A Life Beyond Her Wildest Dreams, by Danforth Prince and Darwin Porter," it is alleged that Kennedy patriarch Joe Kennedy offered Jackie $1 million not to go through with the divorce, for fear of ruining the incoming president’s clean image.

Porter writes: “Jackie’s aristocratic heritage was total fantasy in the same way that Jackie created the myth of Camelot at the White House. It never existed. She wasn’t happy in her marriage to Jack Kennedy and before he became president she wanted a divorce. Jack’s father Joe Kennedy offered her $1 million to stay, knowing that a divorce would destroy Jack’s political future.” 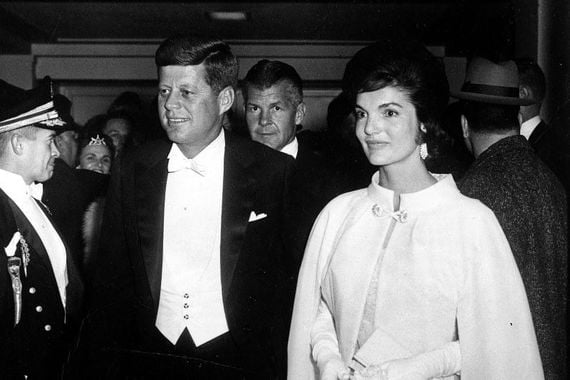 Though Jackie grew up under a generally privileged lifestyle, her family had dark secrets of their own. Most notable is her notorious father, John Vernou Bouvier III, who was nicknamed by friends and foes as “Black Jack,” mainly because of his vice-filled lifestyle and gambling addiction. Porter writes in his biography that he was “a hedonist, a rogue, a gambler, a scoundrel, a rascal, a libertine, and a heartbreaker. He led a dissolute life which featured promiscuous sex and reckless spending.” He was also known to have been bisexual.

Biographers write that although Black Jack was a well-known socialite, his status was exaggerated. Jackie grew up on her grandfather’s 14-acre estate - he had built an English-inspired manor to embody the family’s supposedly noble history, “but their genealogy was invented,” Porter writes. “They wanted it to appear that they had breeding, power, and money for centuries.”

“The Major traced his family back to French aristocracy, but they were actually cabinet makers, maids, ironmongers, tailors, shopkeepers, tavern owners, farmers, and chimney sweeps. He even created a fake coat of arms.”

Reports say Jackie was walked down the aisle on her wedding day by her stepfather, even though her father had been in attendance because Black Jack had been too intoxicated to walk her himself. 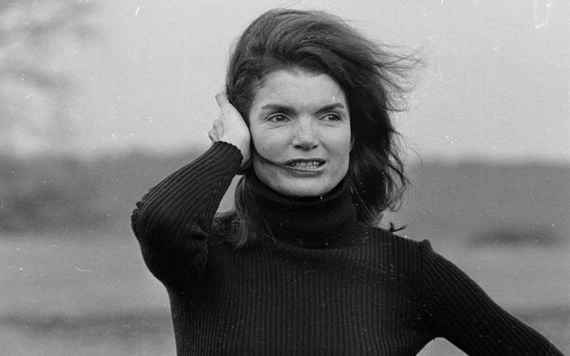 The US Secret Service uses code names for all US presidents and their families, originally for security purposes, but today, as electronic communication can be encrypted, the nicknames serve mostly for tradition.

Each presidential family is given a letter, which their code names begin with - the Kennedy family’s letter was L. JFK’s secret service code name was “Lancer,” alluding to the knight in the play Camelot, as his presidency was endearingly compared to the story of Camelot, first by Jackie herself. Jackie’s codename was “Lace,” their son John Jr.’s was “Lark,” and their daughter Caroline’s was “Lyric.”

The codenames of President LBJ’s family all began with the letter V: the president’s was “Volunteer,” the first lady’s was “Victoria,” and their kids were “Venus” and “Velvet.” 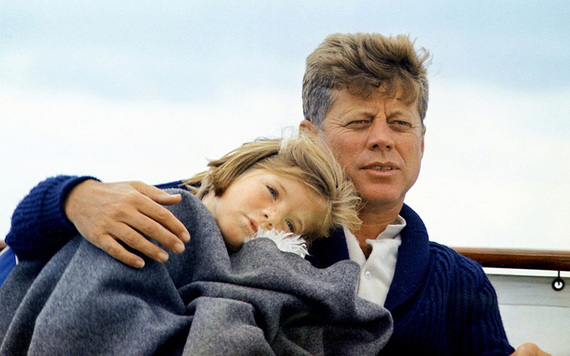 Just hours before enacting the Cuban trade embargo in 1962, JFK secured for himself 1,200 of his favorite Cuban cigars. It was a commercial, economic, and financial embargo on the country banning all of their imports; but before signing the paper, Kennedy requested his head of press, Pierre Salinger, to procure “1,000 Petit Upmanns.”

Salinger first made the revelation to Cigar Aficionado magazine in 1992: he recalled being summoned to JFK’s office, where he was asked to provide "some help" in securing "a lot of cigars" by the following morning.

“The next morning, I walked into my White House office at about 8 am, and the direct line from the president's office was already ringing. He asked me to come in immediately,” Salinger said. Kennedy was pleased to learn that Salinger had successfully secured 1,200 rather than 1,000 cigars. Salinger remembers, “He took out a long paper which he then immediately signed. It was the decree banning all Cuban products from the United States. Cuban cigars were now illegal in our country.” 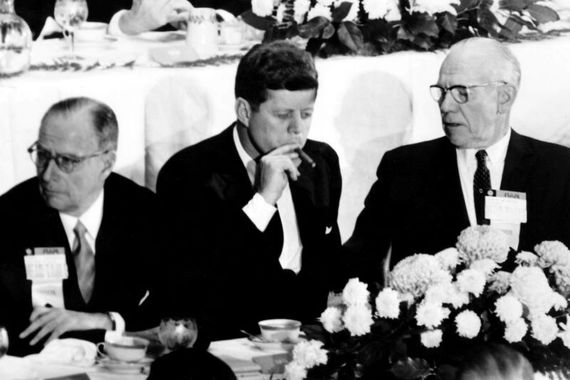 Related: Boston, US Politics, The Kennedys