The women John F. Kennedy is rumored to have had affairs with

President Kennedy is rumored to have had a string of affairs with a number of women despite being married to Jackie for ten years. 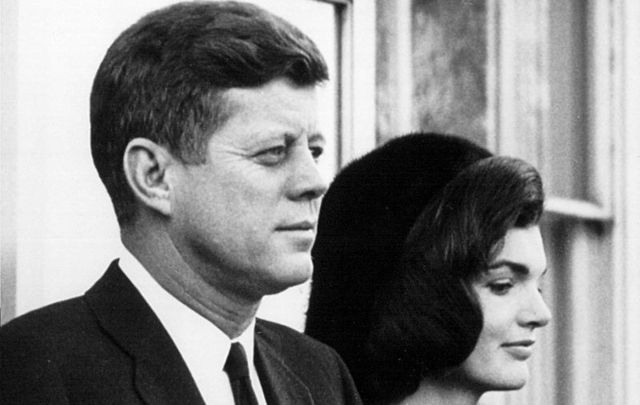 Despite being married to Jackie Kennedy for 10 years, President Kennedy is rumored to have had a string of affairs with a number of women. Getty Images

John F. Kennedy, the 35th President of the United States, is said to have had various affairs throughout his ten-year marriage to Jackie Kennedy. Below, a look at his rumored mistresses.

JFK'S affairs were believed to be numerous throughout his ten-year marriage to Jackie Kennedy and he even stands accused of using his special assistant Dave Powers to line up willing women.

“If I don’t have sex every day, I get a headache,” John F. Kennedy used to tell most people who would listen, according to the NY Post.

Here’s a look at some of the most well-known women John F. Kennedy is rumored to have had affairs with: 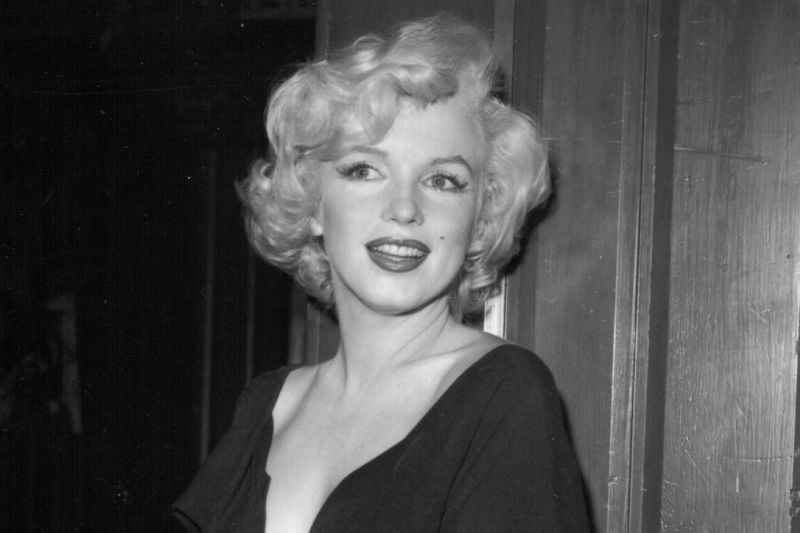 Hollywood actress Marilyn Monroe is probably the most talked-about of all of Kennedy’s possible affairs. She was named as one of Kennedy's mistresses by investigative reporter Seymour Hersh in his book “The Dark Side of Camelot.”

Having met at a dinner party held in his honor in New York at the beginning of 1962, Kennedy invited Monroe to a weekend in Bing Crosby's house in Palm Springs the following month, where they were not joined by his wife Jackie.

This weekend is said to have been the extent of the affair but that didn’t mean Monroe didn’t want it to continue, allegedly seeing herself becoming Jack’s second First lady and even calling Jackie Kennedy to tell her so.

According to “These Few Precious Days: The Final Year of Jack with Jackie,” the First Lady replied, “Marilyn, you’ll marry Jack, that’s great . . . and you’ll move into the White House and you’ll assume the responsibilities of the first lady, and I’ll move out and you’ll have all the problems.”

White House intern Mimi Alford claimed an 18-month relationship with JFK in her 2012 memoir “Once Upon a Secret: My Affair With John F. Kennedy and Its Aftermath.”

Alford said JFK was never “looking for a relationship to replace his marriage” but she was just a few days into her new job at the White House when the President seduced her for the first time.

Just 19 years old at the time, Alford claims that after coming across JFK in the pool earlier in the day, he invited her for drinks and a private tour of the White House before he finally made his move in what he ironically referred to as “Mrs. Kennedy’s Room.” 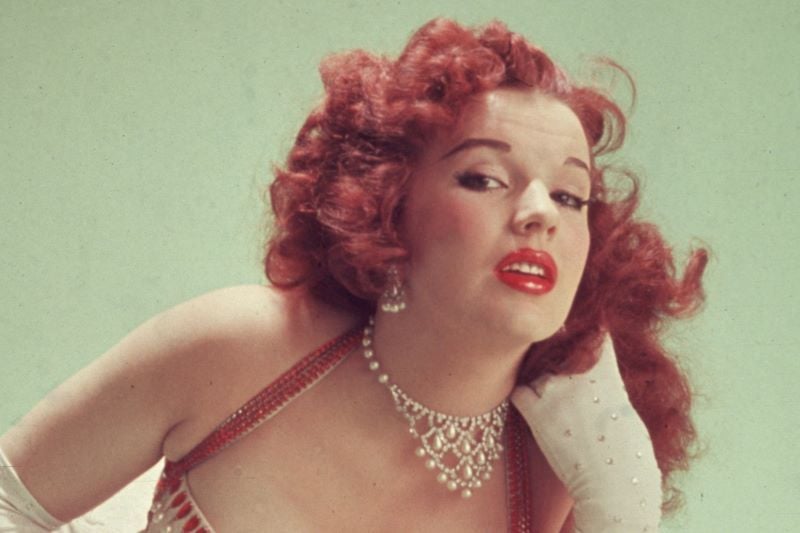 The celebrated stripper told People magazine in 1989 that she had a brief affair with Kennedy before he became President which she’d hoped to continue once he was elected. The famed burlesque dancer is said to have been disappointed when the Cuban Missile Crisis got in the way of her dalliance with the President in the Lincoln Room.

The pair first met in 1954 when JFK, then a Congressman, would visit her Maryland strip club, Crossroads.

In an interview in 1989, Starr described Kennedy as “very quick and very wild,” adding “he knew exactly what he was doing with girls, so it didn’t take him long. No, that bad back didn’t faze him.” 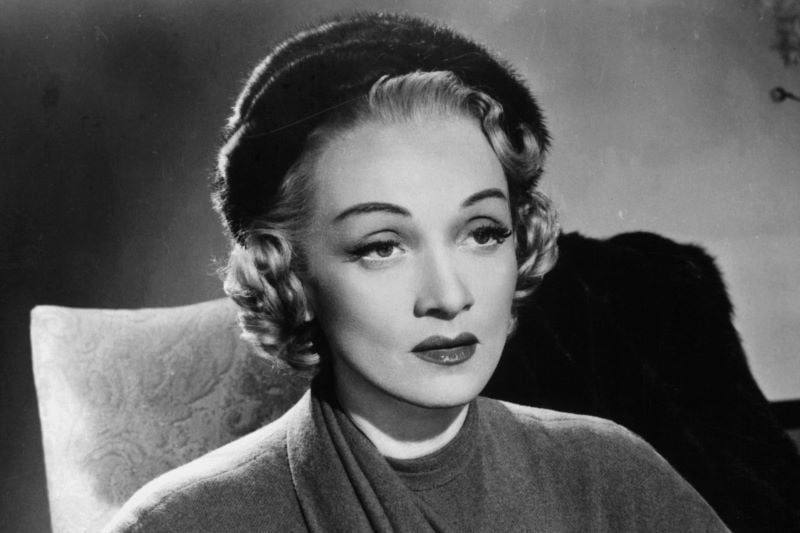 Marlene Dietrich's daughter Maria Riva claimed that her mother not only had an affair with Kennedy family patriarch Joe Kennedy, but also with his son Jack in the White House.

The German actress is said to have accepted an invitation to drinks with the President in September 1963 while she was in D.C performing a one-woman show. Then 60 years old, she is said to have claimed that Kennedy made a “clumsy pass” at her before remarking that they didn’t have much time before her show began in 30 minutes.

Dietrich is reported to have told her friend Gore Vidal that the encounter lasted 20 minutes before she was forced to wake Kennedy up to show her the way out of the White House. Kennedy’s main concern after the extramarital rendezvous? Whether Dietrich had also slept with his father, about which she is believed to have lied.

First Lady Jackie Kennedy’s press secretary Pamela Turnure is also rumored to have had a quick romance with her boss’s husband, the alleged affair coming to light in the book “The Kennedy Half-Century” by Larry J. Sabato.

Turnure, who is said to have had a remarkable resemblance to Jackie, began a two-year affair with JFK in 1961 when she was aged 21. JFK is even believed to have encouraged his wife to hire her after she worked as his own secretary when he was a Senator. 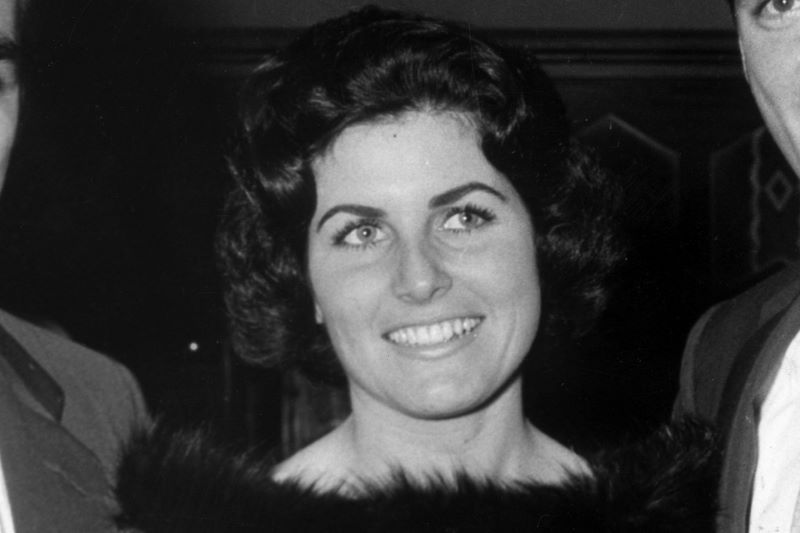 Judith Campbell Exner, who served as a conduit between JFK and mobster Sam Giancana, claimed she had an abortion after becoming pregnant with the President’s child, revealing details about their alleged affair in her 1977 memoir “My Story.” Jackie Kennedy is said to have been unsurprised by what the book revealed.

The alleged mafia moll Exner spoke again of her relationship with the president in a 1997 interview with Vanity Fair in which she revealed that she ended her two-year affair with Kennedy in early 1963. It is around this time she claims that she aborted his child.

Introduced to Kennedy via her ex Frank Sinatra, she ferried envelopes between the President and Sam Giancana, to whom she was also a mistress, including, she claims, alleged payoffs or instructions for vote-buying in elections and plans to kill Fidel Castro.

“Jack never in a million years thought he was doing anything that would hurt me, but that’s the way he conducted himself; the Kennedys have their own set of rules,” she said.

“Jack was reckless, so reckless.”

The White House secretary was nicknamed “Fiddle," which she was referred to as when her alleged affair is discussed. Speculation of her involvement with JFK has been widely circulated in biographies by the likes of Larry Sabato and Seymour Hersh.

Jill Cowan, a fellow secretary of Wear’s in the White House Press Office, has never commented on her own relationship with him but has spoken of the admiration he held for his wife.

Cowen was nicknamed “Faddle” and alongside Wear, the press secretaries were known together as Fiddle and Faddle.

Swedish socialite Gunilla Von Post claimed to have had a six-year affair with President John F. Kennedy beginning in 1953. She made these claims in her memoir “Love, Jack.”

The young Swede first met with 36-year-old JFK when she was 21 and they were both visiting the French Riviera. In her memoir, she wrote of the night: “He turned and kissed me tenderly and my breath was taken away. The brightness of the moon and stars made his eyes appear bluer than the ocean beneath us.”

At the time JFK was to marry Jackie in three weeks but the pair stayed in touch, meeting another night two years later. Von Post claims that Kennedy rang his father telling him he wanted to divorce Jackie and be with her instead but that he was warned that such a scandal would ruin his political career.

Mary Pinchot Meyer was the sister-in-law of legendary Washington Post editor Ben Bradlee and after Monroe is probably the most high-profile of Kennedy’s affairs. She died in tragic and unexplained circumstances a year after Kennedy’s own assassination which has led to Kennedy conspiracy theory lovers believing her death to have been part of a giant cover-up.

Friends since a prep school dance in 1938, her first marriage to a CIA agent and her sister’s marriage to Bradlee placed her in Kennedy’s inner circles and she was a frequent visitor to the White House.

Meyer was murdered in Georgetown in 1964, two years after the tragic death of Monroe, in an execution-style shooting that has never been resolved.

Meyer had her life and relationship with Kennedy chronicled in the book “A Very Private Woman” by Nina Burleigh. 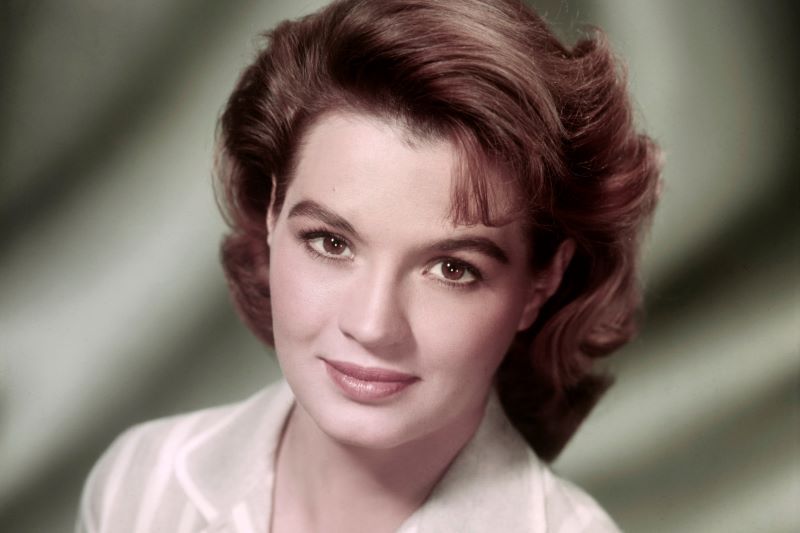 Having met at a party given by Kennedy’s sister Pat in Santa Monica before the 1960 Democratic convention, Dickinson went on to join the presidential campaign.

The 27-year-old German prostitute is rumored to have been deported under the orders of Robert Kennedy because of the stories she could reveal about his brother’s exploits.

The Elizabeth Taylor look-alike is rumored to have attended naked pool parties at the White House in the spring of 1963. Legend also tells it that on more than one occasion, Rometsch came to the White House explicitly to have sex with the president.