Did JFK have a love child with an NY socialite?

Alicia Corning Clark died earlier this year, leaving a $17.5 million estate. Rumors she had a child with JFK persist 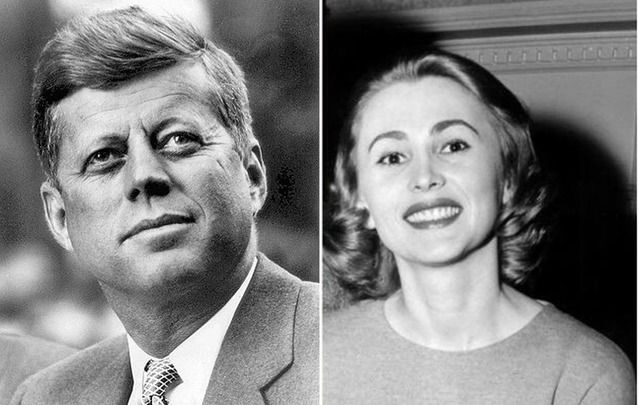 Here we look at claims Kennedy fathered a child with a prominent NY socialite, Alicia Corning Clark. For more on JFK and the Kennedy family, you can visit our special topic page.

Lawyers representing the estate of Alicia Corning Clark, a New York socialite who died in February 2016 at the age of 79, are working to figure out if the rumors that she had a love child with President John F. Kennedy are true.

Clark claimed to have been engaged to the former president for a brief time in the early 1950s.

Leonard Boehner, the administrator of Clark’s $17.5 million estate, recently filed a Freedom of Information Act request with the FBI asking for any files about her, DNAinfo reports. When Clark died, she left behind no known family or heirs.

Two versions of her will are currently being contested: A 2001 handwritten version, filed in the Bahamas, in which she left gifts of $1 million to the doormen in her upper east side apartment building, and a 2004 typed version, filed in the US, which named Boehner, her longtime attorney, the sole executor and specified that the estate go to the Humane Society.

Read more: Letter JFK wrote to his lover a month before he died up for auction

As these proceedings take place, Boehner is following through on his fiduciary obligation to make sure that Clark has no living heirs who could potentially contest the will, making the longstanding rumors of her child by JFK more pertinent than ever.

Boehner and his lawyers have already been successful in gaining access to previously sealed court files that concern an affair between Clark and JFK.

The files revealed Clark’s former attorney Simon Metrik, who was suing Clark for $1.2 million in outstanding legal fees, talking about Clark’s plans to go public about her affair with JFK unless his father, Joe Kennedy, paid $250,000 for her silence.

Metrik said that he "dissuaded [Clark] from attempting to blackmail and extort from Joseph P. Kennedy, the father of the President of the United States."

The rumors of a JFK-Clark tryst were investigated by journalist Seymour Hersch in his 1997 book “The Dark Side of Camelot,” in which he claimed that FBI director J. Edgar Hoover had warned Robert Kennedy in 1963 that a court case in which Clark was involved contained information that would be potentially damaging to JFK’s reelection campaign.

The book also notes that political operatives had attempted to feed the story that Clark had been impregnated by Kennedy to Republican leaders before his first presidential campaign.

Clark herself agreed to be interviewed for the book and denied that she had ever had a child by JFK.

Boehner filed an affidavit on June 30 in the Manhattan Surrogates Court.

“As part of his due diligence responsibility as the preliminary and duly nominated executor of the estate of Alicia Corning Clark, Leonard B. Boehner filed the affidavit to apprise the court of the comprehensive steps he was taking, in accordance with his fiduciary duty, to determine if Mrs. Clark had any next of kin," Boehner's attorney, Richard J. Miller Jr. said in a statement to DNAinfo.

Read more: Unseen photos of JFK and Jackie "wedding of the century"

“This is a subject which was dealt with in a book authored by Seymour Hersh, who apparently received a number of documents from the Federal Bureau of Investigation relating to an investigation into a relationship between Alicia Corning Clark and then President John F. Kennedy in the 1960s,” Boehner said in his request.

Clark’s life is a whirlwind rags-to-riches story. She fled Poland with her mother after WWII. They settled in Boston under the Displaced Persons Act of 1948. She became an artist and an actress and captured the attention of some of Hollywood’s leading men, becoming a hot topic in gossip columns.

Her first marriage was to British actor Edmund Purdom. The couple moved to Rome and it was during this time, in an interview with the Italian magazine Le Ore, that she first stated she had once been engaged to JFK, but that their romance came to an end because his father disapproved of the fact that she was Jewish.

After returning to the States alone, she began dating Alfred Corning Clark, heir to the Singer sewing machine fortune. They wed in 1961, but Clark died a mere 13 days after the wedding, leaving Alicia a fortune of $10 million.

Her final marriage was to Dr. Norman Gay, a former bodybuilder who later became the Bahamas’ Minister of Health. They divorced in 1985.

In February, in an interview with DNAinfo, William Courtney, one of Clark’s doormen named in the 1991 will, said that she used to tell him stories about JFK. He said that she kept a photograph of the former president on her nightstand and was also in possession of another photo of them dancing together.