Born today in 1810, Tyrone-born James Shields represented three different states in the US Senate and almost fought a duel against Abraham Lincoln. 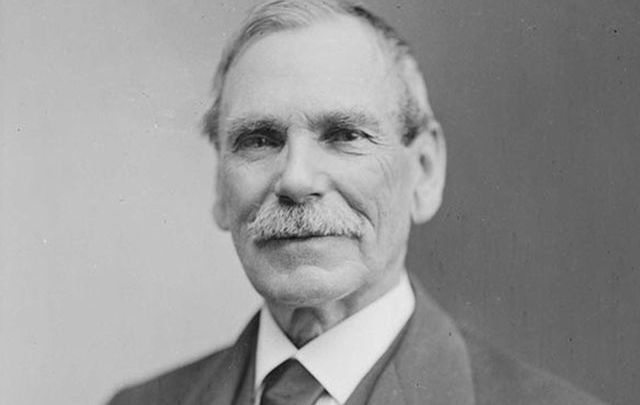 He is almost forgotten now, but James Shields, a Tyrone-born Irishman, represented three different states in the US Senate, which is a record. He also almost fought a duel against Abraham Lincoln.

In a year when elections and politics are foremost in peoples' minds, it is worth remembering the amazing career of Shields (May 10, 1810 – June 1, 1879), an American politician and United States Army officer, who was born in Altmore, County Tyrone, Ireland.

Shields, a Democrat, is the only person in United States history to serve as a U.S. Senator for three different states.

The Tyrone-born Shields was the nephew of another James Shields, also born in Ireland, who was a congressman from Ohio. The younger Shields came to the United States around 1826 and settled in Illinois where he studied and later practiced law. In 1839 he was named Illinois State Auditor. He was not the most popular auditor, especially with a Republican rising star, one Abraham Lincoln.

Shields almost fought a duel with Abraham Lincoln on September 22, 1842. Wikipedia noted that Lincoln had published an inflammatory letter in a Springfield, Illinois, newspaper, the Sangamon Journal, that poked fun at Shields, the State Auditor.

Lincoln's future wife and her close friend, continued writing letters about Shields without his knowledge. Offended by the articles, Shields demanded "satisfaction" and the incident escalated to the two parties meeting on a Missouri island called Sunflower Island, near Alton, IL to participate in a duel (as dueling was illegal in Illinois).

Lincoln took responsibility for the articles and accepted the duel. Lincoln had the opportunity to choose the weapon for the duel and he selected the cavalry broadsword, as Shields was an excellent marksman.

Just prior to engaging in combat, Lincoln made it a point to demonstrate his advantage (because of his long-arm reach) by easily cutting a branch just above Shields' head. The two participants' seconds intervened and were able to convince the two men to cease hostilities, on the grounds that Lincoln had not written the letters.

On July 1, 1846, Shields was commissioned a brigadier general of volunteers to fight in the Mexican–American War. He served under Zachary Taylor along the Rio Grande.

Following the war in 1848, he ran for the Senate from Illinois. His election was voided by the Senate on the grounds that he had not been a United States citizen for the nine years required by the United States Constitution: having been naturalized on October 21, 1840. He returned to Illinois and campaigned for re-election, and won the special election to replace himself, and was then seated.

In 1855, he was defeated for re-election, so he moved to Minnesota. He was elected as one of the two first Senators from that state, but his term was only from 1858 to 1859, and he was not re-elected.

Shields then moved to California and served as a brigadier general of volunteers from that state during the American Civil War. He commanded the 2nd Division of the V Corps, Army of the Potomac and was wounded at the Battle of Kernstown on March 22, 1862, but his troops inflicted the only tactical defeat of General Thomas J. "Stonewall" Jackson during the campaign.

In 1866 Shields moved to Missouri, and in 1879, he was elected to fill the seat left vacant by the death of Senator Lewis V. Bogy. He served only three months and declined to run for re-election.

Shields died in Ottumwa, Iowa on June 1, 1879. He is buried in St. Mary's Cemetery, Carrollton, Missouri.