Abraham Lincoln donated to Ireland during the Great Famine

"I suppose Lincoln always had a great affinity for the Irish and their plight," Professor Christine Kinealy said of the President's Famine donation. 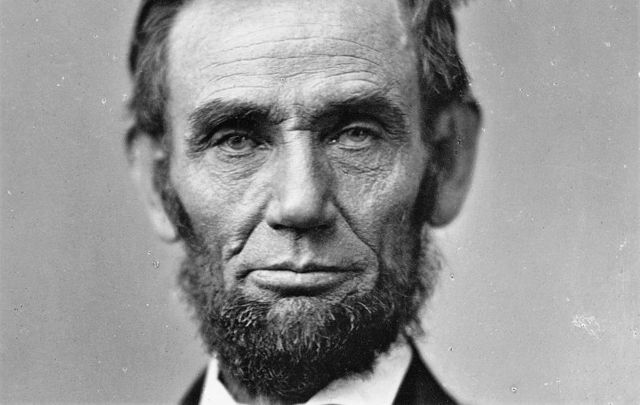 We remember the great generosity of the 16th President of the United States who donated to Ireland's Great Hunger relief.

Abraham Lincoln, the 16th President of the United States, was one of 15,000 people worldwide to donate money to Ireland during the Great Irish Famine. This is according to evidence unearthed by respected Irish historian Christine Kinealy, who has studied and written extensively on the Famine for 20 years.

Kinealy, a professor at Drew University in Madison, New Jersey, was rustling through the list of donations and was taken aback when she saw the name of the legendary president who donated $10, or $500 in today’s financial climate.

"This was back in 1847 when Lincoln was only a newly elected politician to the House of Representatives. It was an insubstantial sum from an unimportant figure at the time but it is retrospectively very interesting," the Trinity College graduate stated.

The 2009 winner of the Will Herberg Award for Excellence in Teaching asserts that this donation was not out of character for Lincoln, who had a lifelong rapport with the Irish.

"I suppose Lincoln always had a great affinity for the Irish and their plight. He knew and recited Robert Emmet’s speech from the dock and his favorite ballad was Lady Dufferin’s poem ‘The Lament of the Irish Emigrant’ set to music."

The celebrated politician’s generosity was not unrivaled, however, and many other political figures gave money also. The famine was widely reported at the time and Kinealy’s ceaseless research also uncovered donations from then American President James L. Polk, who donated $50 and from controversial British monarch Queen Victoria.

"There were so many donations across the world and it really shows how much sympathy people had for what the Irish were going through. There are donations from China, India, Australia and Russia to name but a few."

Kinealy’s latest book is only one of a number of publications the academic has released on the famine and she is widely regarded as one of the foremost experts on the subject.

"The Irish Famine is an essential part of the Irish story and has been my interest and passion for the past 20 years."

Her book, titled "Charity and the Great Hunger in Ireland: The Kindness of Strangers", was published by Bloomsbury Press in 2013.