"Looking at this history allows us to highlight the hypocrisy in a historical sense of Irish Americans... and it also enhances our comprehension of the magnitude of the hardships immigrants from the Global South currently face." 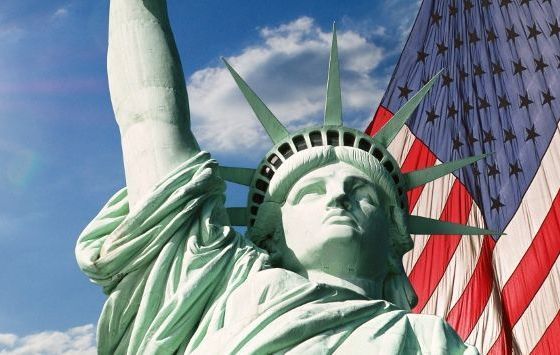 The Irish have had a tumultuous history while becoming American

October is National Family History Month! Below, historian Eugene O'Driscoll explores Irish America's long history with immigration in the US.

If we seek to empathize with current immigrants from poorer countries and improve their experiences and living conditions, we can draw from Irish-American history in a variety of ways.

Looking at this history allows us to highlight the hypocrisy in a historical sense of Irish Americans who have anti-immigrant stances, and it also enhances our comprehension of the magnitude of the hardships immigrants from the Global South currently face.

As Irish Americans, our collective experience lends itself to comparison and contemplative reflection.

As the first immigrant group to come to the United States en masse, themes of xenophobia, poverty, tragedy and upward mobility provide us with many avenues to look at today’s immigrants.

But it is crucial that we do not over-simplify our own history and assume that the upward mobility of Irish-Americans was a standard or natural process.

Read More: A kinder, gentler resistance is needed when dealing with modern US immigration issues

Moreover, we must realize that this process will not be magically or effortlessly replicated for most of today’s immigrants, given the country’s current social, political, and economic landscapes.

Comparing our own immigrant backgrounds to today’s non-white immigrants can then become a quite useful exercise, as long as we do not equate or too closely blend the different experiences of different immigrant groups in different eras.

If we can avoid doing that, then we can not only begin to understand ourselves better, our own ethnic histories, and our nation’s history, but we enable ourselves to identify and more deeply understand the distinct challenges for today’s immigrants (and potential immigrants).

There is an ethnically Irish version of the “American Dream” narrative which enjoys large popularity amongst the Irish-American population, regardless of how far back one’s Irish ancestry goes.

It is not, by any means, uniformly accepted by everyone.

Nevertheless, from personal experience, this is a historical narrative which enjoys widespread currency across Irish America, whether it be from a fourth-generation 60-year-old suburban dweller of Chicago, or a 23-year-old fresh off the plane who has spent six months in Woodlawn.

The Irish-American dream is one of making it in America, a rags-to-riches story which spans across a whole ethnicity.

In the lyrically beautiful and appropriately sentimental song, “When New York Was Irish,” Terence Winch summed up this narrative with one line with the words, “We started with nothing, and wound up with all.”

To be certain, the Irish-American story – in the broadest sense – is one to be celebrated.

When large numbers first started coming over in the Famine era, Irish slums in American cities were the most impoverished, unsanitary, and desolate places on earth.

Illustration of the desparation suffered in Ireland during the Great Hunger.

Overcoming bigotry and poverty to achieve occupational and educational parity with the rest of the American population was a task which involved strong leadership, ethnic solidarity, and persistence and defiance in the face of discrimination and destitution.

Generalities can be teased out to understand and commemorate the different forms of success the Irish in America have enjoyed in beating nativism, organizing in politics and trade unions, maintaining connections to the motherland across generations, among other things.

This narrative, however, neglects the multi-layered nature of Irish-American experience. It is not as if every Irish immigrant came over as a laborer, then magically their children worked as policemen and schoolteachers, and their grandchildren became lawyers and doctors. 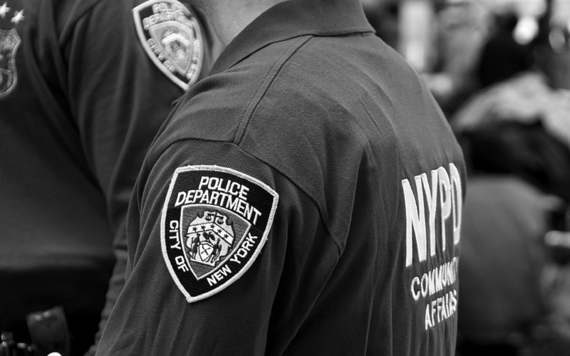 Presence of the Irish still felt strongly in the NYPD.

This narrative of success omits the average 1960s immigrant housewife who, at the same time that John F. Kennedy was in the White House, worked in a job as a housemaid or a waitress while also raising a large family.

She had to penny-pinch every week to keep the family going while also dealing with the oppressive features of the contemporary Irish family.

She was simultaneously the matriarch who kept the family running, but also the de facto servant to her husband.

Similarly, the narrative overlooks the 1980s immigrant who came over illegally because there was no future at home.

He worked twelve hours a day for decades as a carpenter on an asbestos-filled job site, commuting a few more hours a day to and from a windowless apartment in New Jersey. That lifestyle was not really the one he had envisioned before coming over.

The Irish-American story has written out the large amounts of Presbyterians who left Ulster in the late 18th century. Many of those living in Appalachia today, who are among the poorest in all of the country, are of this Protestant Irish descent.

Hatfield Clan: The Irish had a massive influence in Appalachia.

The story of eventual upward mobility surely does not resonate with them when issues of governmental neglect and abject poverty have existed trans-generationally for over two centuries.

Remembering these examples can also highlight to us that oppression and suffering can manifest themselves in a variety of ways, and it reminds us that problems of class were and still are very real in America, both within and across racial and ethnic boundaries.

While reducing the Irish-American story to one of unilinear progress deprives ourselves of the awareness of the multiplicity of Irish-American experiences, applying this narrative as a model American immigrant story is also damaging and unhelpful to today’s immigrants who face different, and arguably more vicious, forms of poverty and discrimination.

The Irish of earlier days certainly faced, and often overcame, disgusting prejudice which was blatantly racist.

Yet, it is indisputable that they were able to benefit as an ethnic group and integrate more wholly and more smoothly as Americans because of their own eventual inclusion as white people, and because of the racial exclusion of others.

In contrast, to understand how race hindered others in ways that it did not hinder the Irish, one only needs to look at the history of the Chinese in America, who began coming to the United States in large numbers shortly after as the Irish in the mid-19th century and were competing with the Irish for jobs in various sectors.

By 1882, the Chinese Exclusion Act banned Chinese laborers from entering the United States. Various other measures were enacted to keep the numbers of Chinese in America low for more than the next half-century.

Anti-Chinese riots were commonplace across the West Coast into the 20th century, and the Chinese Exclusion Act was only repealed in 1943.

Today’s immigrants from the Global South come into an America that has forms of racism which are firmly entrenched.

Racism today simultaneously exists in more blatant and more subtle forms than in earlier times. Nearly half of the voting population voted for a president who centered his campaign around anti-immigrant rhetoric towards Latin Americans and Muslims.

There are large pockets of the country where immigrants of these backgrounds will not be welcome, and will not be able to prosper, no matter how many “American values” they extol.

At the same time, systemic racism is maintained and reproduced by significant elements in all spheres of American society.

Upward mobility and occupational parity become more and more elusive for non-white immigrants nowadays because of this fact, without even accounting for the barriers of racism they face.

A very prevalent idea within the American dream, and one which seems to be particularly prevalent within the Irish-American version, is that each wave of immigrants eventually “made it” in America by “biding their time” and “taking their lumps.”

From this idea, it follows that immigrants from every era will gradually, with persistence and patience after periods of hardships, integrate into American society as time wears on, both individually and trans-generationally, as if immigrant groups are some sort of apprentices learning their trade.

When this specific strand of the American Dream is applied to immigrants into America at any point in time, it is particularly harmful historical viewpoint to take for several reasons.

Second, it normalizes and excuses the difficulties and hostilities immigrants face(d) within their host society as an ordinary part of the integration process.

Finally, as it normalizes these difficulties and hostilities, it risks making it seem as if accepting discrimination and economic hardships as an ordinary part of the integration process is something immigrants have done in the past, and should still do today.

Reflecting upon Irish-American hardships can be a powerful platform to making this country a place which is more hospitable and sympathetic to immigrants from all over.

Read More:  After 250 years the last of the Irish-born have come to US

It is something we should all do for ourselves and for all immigrants.

Critically analyzing our history should make it much easier for us to see the shadows of ourselves in today’s immigrants, at a time when the presidential administration and large sections of the American population regard many of them as inhuman.

After all, being Irish American, however far back, means that, chances are, one is only a few generations removed from social catastrophe and collective trauma in some form.

On both sides of the Atlantic, the Irish have certainly never been strangers to tragedy, poverty, and oppression from domestic and external sources.

More and more, we should draw upon this tumultuous history to connect with newer waves of immigrants, who are also fleeing wretched situations at home and entering a new world in which they are not entirely welcome.

These links, however, need to be strictly be focused on comparison and compassion rather than commensuration and conflation within a broader, false “American dream” meta-narrative – one which is unfair to immigrants both modern and historical, and does not give adequate attention to the temporal specificities of any group of immigrants.

Eugene O’Driscoll is a historian interested in global empires, immigration, and the Irish diaspora. He holds degrees in History from Notre Dame and Oxford. He lives in New York, where he was born and raised. He has strong family ties to Kerry and Galway.

This month IrishCentral and The Genealogy Event in New York plan to inspire those who are on their journey to unearthing their family’s history and help our readers to reveal their own Irish family’s story and connect ever more deeply with their proud Irish roots.