We trace the origins of our traditional music back 2,000 years. 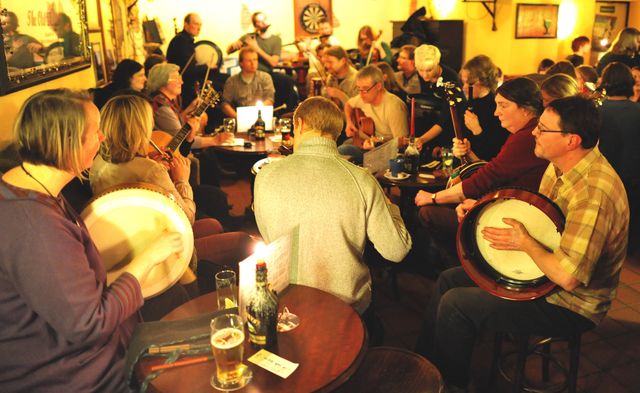 Ireland may produce big names such as U2 and the Script that tour popular music all over the world but we also know how to keep in touch with our traditions. Here's a look at the history and origins of Irish music.

We know that once a tin whistle is pulled out of the handbag it’s going to end with a good night but where did it all start? Paul Murphy, Managing Director of Murphy of Ireland, an Irish clothing retailer, created this detailed infographic tracing the history and origins of our tunes and melodies to explain more about the ancient traditions that can still set a crowd alive.

Irish traditional music began as an oral tradition, passed on from generation to generation by listening, learning by ear and without formally writing the tunes on paper. Read more here: http://bit.ly/2YMn2Rn

The traditional music played by the Irish came to the country with the Celts 2,000 years ago. The Celts were influenced by the music of the East (which is why you may think you hear some resemblance of an Irish tune being played at Canal Street station) and it’s believed that the traditional Irish harp may in fact have originated in Egypt.

The harp was the most popular instrument in ancient times with harpists employed to play for chieftains and to create music for nobles. This was until the Flight of the Earls in 1607 when native Irish chieftains fled the land under threat from invaders. With the flight of their patrons to mainland Europe, the harpists were left to travel the country and play where they could. 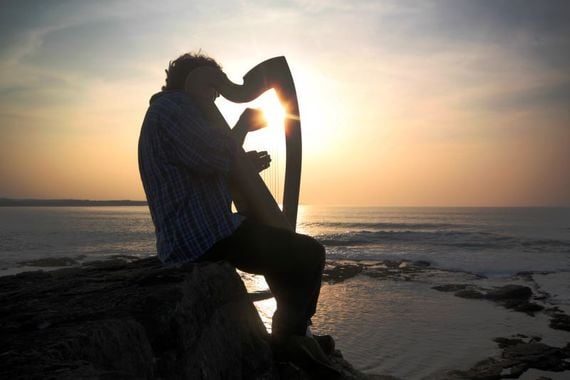 The harp was one of the favored Irish traditional instruments.

It wasn’t until 1762 that tunes were officially written down for the first time and collectors began to travel the country compiling music that can still be viewed today. The tradition of collecting our music continues today in the Irish Traditional Music Archive in Dublin, the largest collection of traditional and folk music in the world.

As can be seen at events at Fleadh Cheoil, traditional music has traveled much farther than the 32 counties of Ireland. Our music has traveled all of the world thanks to our long history of emigration. It was during the time of the famine that vast numbers of Irish moved to the States, bringing their music with them.

Traditional music saw a revival, especially in the States, in the 1920s when recordings of traditional music were taken for the first time and made available to the Irish living abroad. The fiddle player Michael Coleman was one such player whose recordings in New York were to influence fiddle-players in the States and in Ireland for many years to come.

The style of music was thrown open to a wider audience still due to the influence of Sean Ó Riada. Ó Riada established the traditional music ensemble Ceoltóirí Chulainn who were heavily influenced by classical music forms. The group began musical arrangements of traditional music, something that had been previously unheard of. The influence of Ó Riada can still be seen in the creative grúpa ceoil (music group) competition at the Fleadh Cheoil.

In recent years, traditional music has been used in collaboration with European and American music in what was known as a Golden Age for traditional music. Groups such as Planxty and De Dannan led the way. There has also been a considerable amount of celtic fusion with more popular music styles. Artists ranging from Sinéad O'Connor and Flook to Daithí and Dropkick Murphys use traditional elements throughout their music.

The main traditional instruments are the fiddle, Irish flute, tin whistle, celtic harp, uilleann pipes and bodhrán. The fiddle is the exact same instrument as the violin but it is through the style of playing that we differentiate between them. The fiddle player sees less conformity in the way in which the instrument is held and a traditional musician free to experiment with more musical ornamentation. This is true of each traditional player, whatever the instrument. Traditional Irish music is highly ornamented by the individual and it would be hard to meet two players who play the same tune the same way.

Oliver Cromwell’s war crimes, the Massacre of Drogheda in 1649