Ahead of the release of her memoir 'Rememberings' on June 1, Irish singer-songwriter Sinead O'Connor is opening up about her life, past and present. 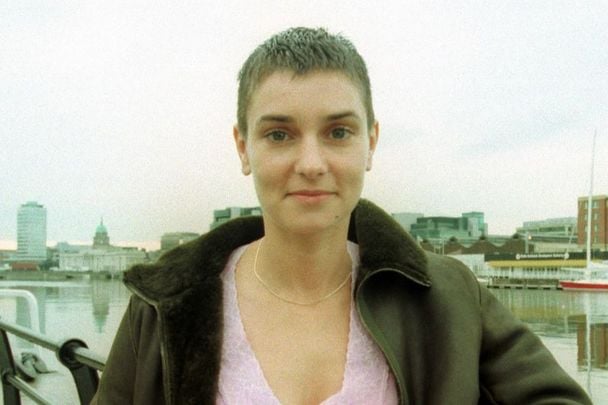 Sinead O'Connor pictured here alongside the Liffey in Dublin in 2000. RollingNews.ie

It's time to celebrate Sinead O’Connor, whose new memoir "Rememberings" is receiving rave reviews and major attention from outlets all over including The New York Times, which published a lovely interview last week with the often controversial but always true to herself star who apparently has left no stone unturned in her book.

"Rememberings," which 54-year-old Sinead has been writing for several years, is released on June 1, and you’ve probably seen some of her fans, including Bette Midler, gushing about her work already.

OMG! Bette!!!' You have no idea how much I have always adored you! Always wanted to sing with you! Your tweet had made my day!!! I love you : )

She’s a mom to four kids, three sons and a daughter, and she spoke about her trials and tribulations as a parent to her friend Donal Lynch in the Sunday Independent.

“I was very young having (first child) Jake and I didn’t really understand the concept of selflessness. My children would tell you I’m not a great mother, by a long shot. In fact, I’m a terrible mother in some ways.

"But they know that I adore them and they had great self-esteem, so much so that they could tell me to go and f*** myself. But I was a train wreck, and that was hard for them,” she says.

“I did actually go to a hospital to have an abortion,” she said in the interview.  “I became so hysterical when I arrived at the hospital. I lost my s*** and there was a social worker who called in John and she said, ‘Is this woman on drugs?’

“She told John, ‘If she doesn’t have this baby, she will be psychologically damaged for life.’ John was very nervous about us having a baby. We were living in a council flat and he thought our life would be over.

“The social worker gave John the confidence. He really looked after me then, and he still does. He’s my best friend and a king of a man.”

Sinead’s interview – and no doubt her book – contains lots of honest reveals, including an alleged encounter with John F. Kennedy Junior, who she supposedly rejected. As if, Sinead says.

“I would’ve leaped on him like a monkey, had I met him, same as any woman would,” she wrote in her book, a chapter of which was excerpted in last Saturday’s Irish Times and is available for reading on the paper’s website.

Her book is dedicated to staff members at St. Patrick’s University Hospital in Dublin where, she says, she’s spent a chunk of the past six years trying to heal herself.

“I have complex PTSD (post-traumatic stress disorder), borderline personality disorder, and bipolar disorder. I’m basically a rescue dog, I’m fine until I am triggered by a reminder of the things I went through,” she told the Independent.

“I almost checked myself back into Pat’s in the last few weeks because speaking about childhood abuse during the promo of the book was very upsetting to me.”

One other interesting reveal in the interview, and not a shocker – her record company bosses didn’t like her short haircut and wanted her to look “more girly,” with one wanting her to resemble “one of his mistresses.”

Not surprisingly, Sinead didn’t take kindly to this request, and a Greek barber she found shaved her head, a signature look she’s kept till this day.