Sinead O'Connor said that the stress of 2020, coupled with the death of an unnamed loved one, had briefly resulted in her addiction to a "drug other than weed." 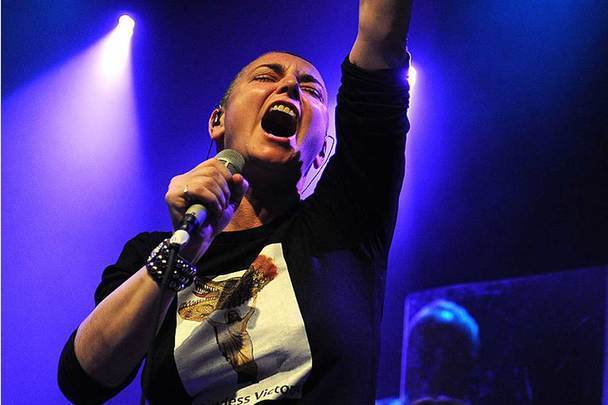 Sinead O'Connor has announced that she will postpone her entire 2021 concert tour in order to enter a year-long trauma and addiction program.

The Irish singer announced the news in a string of tweets on Tuesday, stating that the stress of 2020 had been the culmination of a difficult six-year period for her.

O'Connor said that 2020, coupled with the death of an unnamed loved one, had briefly resulted in her addiction to a "drug other than weed."

She also tweeted that one of her children fell ill this year, adding to her own personal trauma, although she said that the child has thankfully recovered.

"The child is thriving now thank god, but the mom needs TLC," she said on Twitter.

Message for folks who have tickets for next year's shows: those shows are being postponed until 2022 so that I may go into a one year trauma and addiction treatment program because I had a very traumatic six years and this year was the end of it but now recovery starts.

She said that she was taking "time to heal" by entering rehab, noting that canceling her tours now would leave her "fit for a lifetime of touring" and enable her to address her mental health issues.

"I grew up with a lot of trauma and abuse. I then went straight into the music business. And never learned really how to make a normal life. Never took proper time to heal. Wasn’t ready to either," she said on Tuesday.

O'Connor apologized to her fans for any inconvenience her announcement caused but encouraged them to hold onto their tickets until 2022 when she would return with a new album and a new tour.

She said that the music industry was a very unforgiving place for artists who postponed concerts and albums due to mental health issues and implored her agents and promoters to "look into their souls" and support her efforts to make her own life happier.

However, she said that she was willing to sacrifice her musical career if it meant improving her mental health.

"If taking this step means my career is over then so be it. As Mary Oliver says, I must save the only life I can," she said.

O'Connor announced in the tweets that she would still be releasing a new album and memoir next year and that she is set to go into rehab next week.

"Treatment begins next week so I'll still be posting here until then. Mostly about what a total twat Trump is. And how he's way too stupid not to be clever."